On the heels of a stunning upset loss to unranked Marshall, Notre Dame received another blow to its already sidetracked season.

Coach Marcus Freeman announced Monday that starting quarterback Tyler Buchner sustained a “significant” sprain to the AC joint in his left shoulder and will undergo surgery, according to ESPN’s Adam Rittenberg. Per The Athletic’s Matt Fortuna, Freeman said Buchner suffered a “Grade 5 out of 6 AC sprain in his non-throwing shoulder.”

The Fighting Irish signal-caller will have surgery Tuesday and is expected to be out for the next four months as he recovers, effectively rendering him inactive for the remainder of the 2022 season.

Freeman revealed redshirt sophomore Drew Pyne will take over under center, beginning in Week 3 against California.

The news regarding Buchner’s injury is just the latest hit taken by Notre Dame in the last few days. On Saturday, the Fighting Irish were outclassed by the Sun Belt’s Thundering Herd, who controlled the game for most of the afternoon en route to a 26–21 upset victory.

Buchner struggled through the majority of the contest before suffering the injury, completing just 18 of his 32 passes for 201 yards and two interceptions. Pyne relieved him late in the fourth quarter and threw an interception on his second attempt of the afternoon that effectively sealed the win for Marshall.

The loss dropped the Fighting Irish to 0–2 in Freeman’s first season at the helm in South Bend. With a spot in the College Football Playoff now unlikely, Notre Dame will look for some way to salvage the year, beginning at home against Cal next Saturday.

Notre Dame QB Tyler Buchner Has AC Sprain, Likely Out for Rest of 2022 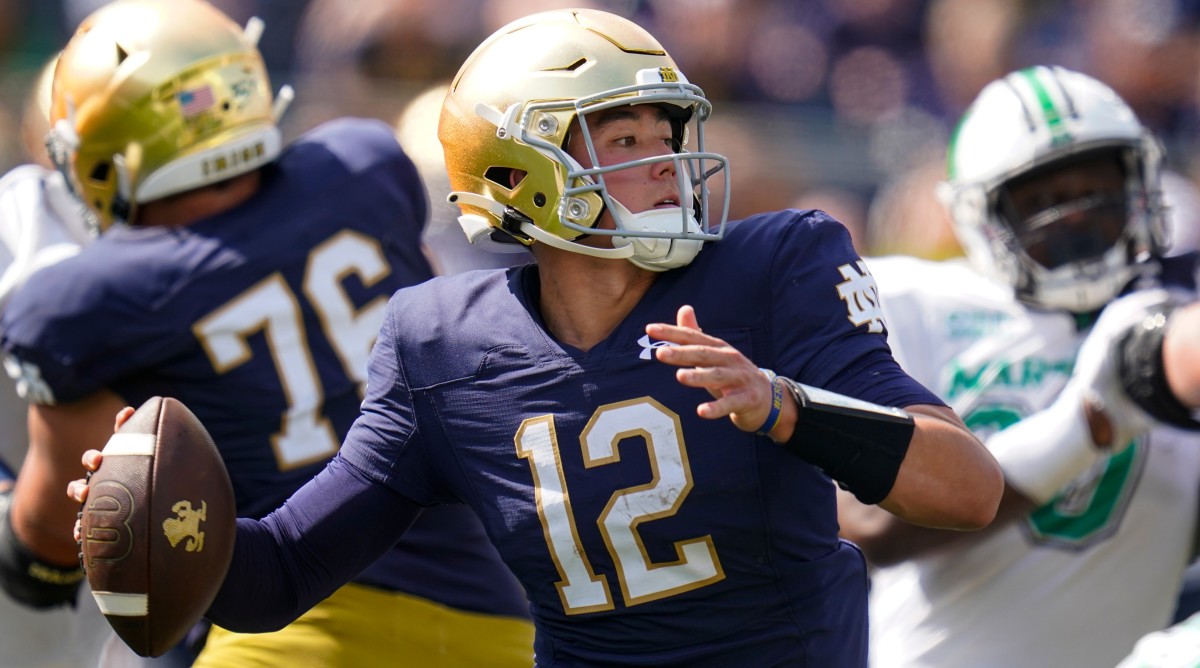