Trevor May can only hope his luck is about to change.

After spending four months on the injured list with a stress reaction in his right arm, the veteran reliever returned to the Mets last month and was finally starting to provide the team with solid results. That momentum (three straight scoreless appearances with five strikeouts in 2 ¹/₃ innings) was halted by his testing positive for COVID-19 on the Mets’ last homestand.

“There’s not a lot of things falling my way this year in general,” May said Monday upon rejoining the Mets roster before the team fell 5-2 to the Cubs. “But fortunately I am a baseball player and I am used to this kind of stuff and fighting through and getting yourself ready to go.

“I would be lying to say I wasn’t extremely frustrated and angry for the first couple of days, because I feel I was starting to get a little continuity going on the mound, getting some big outs. I was proud of my work, and having to take another step back and reset was not ideal.”

During quarantine, May said he kept loose by flipping the couch in his apartment on its side and attaching blankets so he could throw fastballs into it.

Now his goal is to stay on the field.

“Let’s hope that I personally get the luck, but fortunately when things haven’t gone my way they tend to go the Mets’ way,” May said. “So if that is a sacrifice I have to make I will make it.”

As expected Luis Gullorme was also activated from the IL, after missing the last month with a left groin strain. The infielder was available off the bench.

Trevor Williams remains a possibility to start Wednesday in part because Mets officials might begin using David Peterson in a lefty relief role. The Pirates, who begin a four-game series Thursday at Citi Field, have a lefty-laden lineup that could give Peterson opportunities. Peterson started in Miami on Friday and allowed three earned runs over 3 ²/₃ innings.

It’s expected Tylor Megill will rejoin the Mets by this weekend as a reliever. The right-hander is scheduled to pitch beyond one inning in relief Tuesday for Triple-A Syracuse.

Max Scherzer long-tossed in the outfield, a day after throwing his first bullpen session since going on the IL with a left oblique irritation. The right-hander is eligible to rejoin the roster next Monday, which would align with his turn in the rotation.

“I can’t say that for sure, but that’s possible,” Scherzer said, when asked about returning on time. “I have just got to hit check marks along the way.”

The Mets placed reliever Bryce Montes de Oca on the IL with a strained left hamstring. Infielder Devan Marrero was designated for assignment. 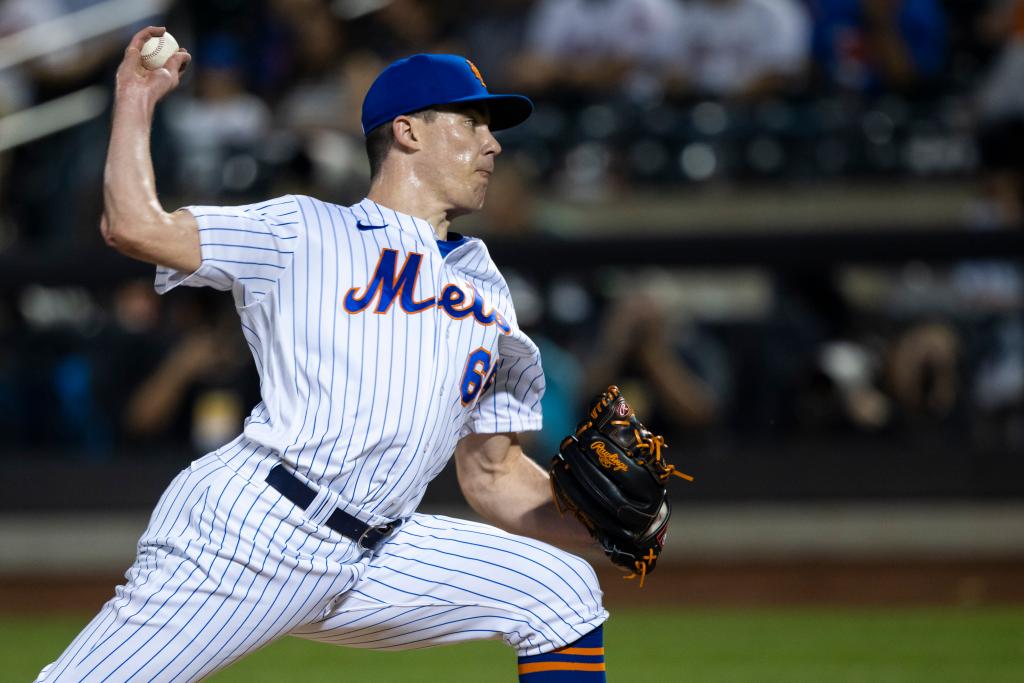