Ward retweeted a violent video that appears to show a white child being savagely beaten by a larger boy with a darker complexion, with the caption “homeschool your children.”

“Violent, hate-filled predators are loose in our public schools. And ‘the system’ again puts innocent children in danger,” she quote-tweeted.

The original tweet came from Dan Lyman, who describes himself as a “pureblood” in his twitter bio and has a pinned tweet of a shirtless man who appears to be him at the top of the account with the caption “White Boy Summer has officially begun.”

Lyman’s twitter account is a cascade of violent videos, mostly of Black people attacking white people, as he seemingly looks to paint a crisis of anti-white violence in the U.S., as well as content from white supremacist Nick Fuentes and right-wing conspiracy theorists like Mike Cernovich.

“​​No I will not stop exposing anti-White brutality. Maybe if others hadn’t turned a blind eye for so long, things would be different. But here we are. It’s time for change,” Lyman tweeted just minutes after sending out the video that Ward retweeted a few hours later.

Ward is no stranger to racially charged content—or dabbling in conspiracy theories.

She has been a leading proponent of the claim that the 2020 election was stolen from former President Donald Trump, was one of Trump’s fake electors in the state, and vocally backed the partisan Arizona election “audit;” that all has led to a subpoena from the Justice Department as it investigates Trump’s fake elector scheme.

She also suggested that the Jan. 6 Capitol riot was a false-flag operation; pushed COVID-19 disinformation; planned a bus tour with Cernovich, a major promoter of the Pizzagate conspiracy theory who has called diversity “white genocide,”; and embraced an endorsement from racist then-Iowa Rep. Steve King, to mention just a few eyebrow-raising moments.

Ward convened a 2014 town-hall meeting when she was a state senator to discuss concerns about “chemtrails,” the conspiracy theory that airplanes’ vapor trails are actually spewing dangerous chemicals on people (though she later said she doesn’t believe in the conspiracy theory).

That earned her the derisive nickname “Chemtrail Kelli” from allies of Republican Sen. John McCain, who she unsuccessfully challenged in a 2016 GOP Senate primary.

The chemtrail theory was popularized by right-wing conspiracy theorist Alex Jones, who had Ward on as a regular guest—including during the 2016 primary, where she said she was concerned that McCain’s allies might try to assassinate her.

“I’ve had people who have told me that I should get an auto starter on my car, that I should never be starting my own car. I really hope things haven’t gotten that far out of control that I should be fearful for my life. But we are very cautious and I always have people around me who are providing security, which is great. It makes me feel very confident and comfortable whenever I go out to speak to the people,” she told Jones.

Lyman also is a big Alex Jones fan. His recently posted 9/11 conspiracy content includes a video from Jones, who Lyman clearly loves. Another recent tweet responds to the question “So who do American monarchists expect to be king, exactly?” by posting a photo of Jones. 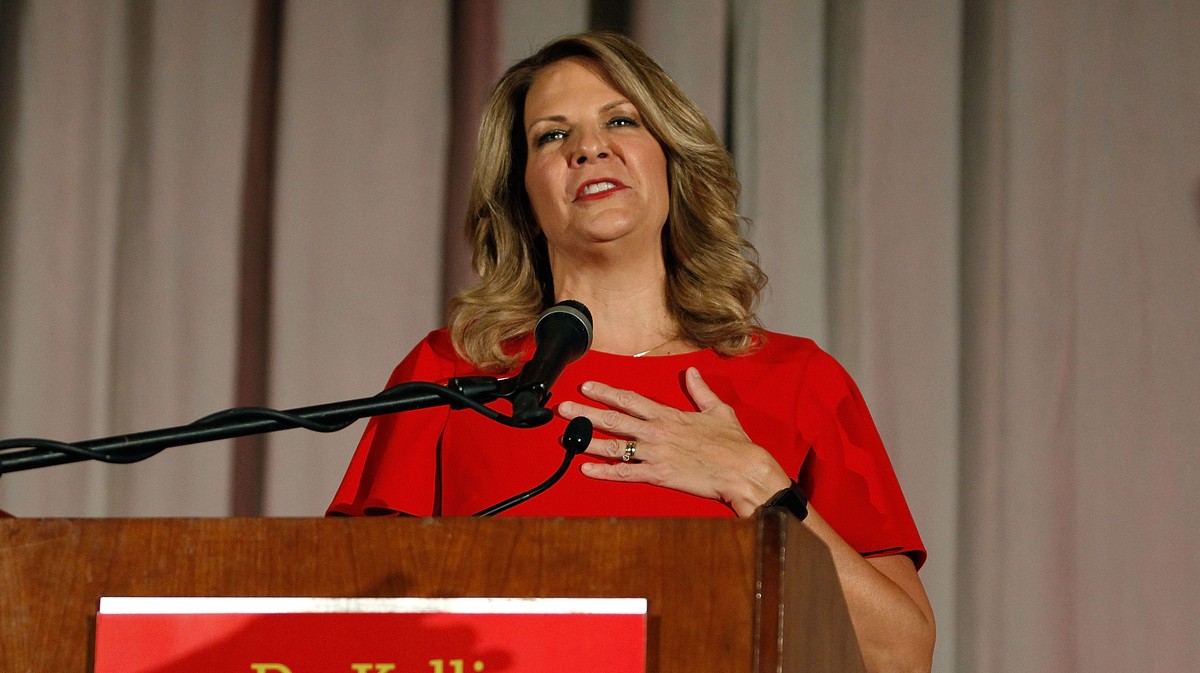 PrevPreviousWhere to pre-order the ‘The Legend of Zelda: Tears of the Kingdom’
NextGoogle will label which health clinics provide abortionsNext