Fight disinformation: Sign up for the free Mother Jones Daily newsletter and follow the news that matters.

In the days following the “astonishing moment” when a cloud vaguely resembling the recently departed Queen Elizabeth popped up in the heavens, many on both sides of the Atlantic have giggled over the notion of a king in the 21st century. Others, aghast at the lighthearted ridicule of the British monarchy, descended into racist tirades. Here at Mother Jones, we largely respected the loss of a notable 96-year-old woman while acknowledging the United Kingdom’s self-inflicted global irrelevance, as well as the general weirdness in how we as a society consume celebrity death.

But the official ceremonies surrounding King Charles, which entailed solemn proclamations and the observance of centuries-old traditions, have produced sufficient reason to start singing: abolish the monarchy. Let’s take a look at what happened on Sunday.

The Guardian reports that two protesters who had been peacefully registering their disapproval of all things royal were arrested, with one woman in Edinburgh charged with “breaching” the peace for holding a sign that read, “Fuck imperialism, abolish the monarchy.” The other, Symon Hill, said he was arrested for shouting, “Who elected him?” as King Charles’ official proclamation was announced. (Hill has reportedly since been de-arrested.)

Outside the halls of Buckingham Palace, the arrests come amid increasingly anti-democratic tendencies in the UK and elsewhere. But these instances go beyond your run-of-the-mill turns at authoritarianism to land in the kingdom of downright deranged. Handcuffing folks for saying some mean words about the king? That’s absurdly medieval, certainly anti-modern, and once again an example of the anachronism—even immorality— featured in a country clinging dearly to royal spectacles in 2022.

It’s unclear how the new king feels about the arrests. And no one expects Charles, who finally got his chance to ditch the title of longest-ever king-in-waiting, to burn the whole thing down because we say so. But perhaps he could channel the 21st century and denounce the recent arrests? And while we’re at it, do as my colleague Tim Murphy suggests here and arrest the real baddie: Prince Andrew.

Somebody yells out, “Andrew, you’re a sick old man” to Prince Andrew, who is walking behind Queen Elizabeth’s coffin pic.twitter.com/M6DsyuPLXR

People Are Getting Arrested for Peacefully Protesting the Monarchy – Mother Jones 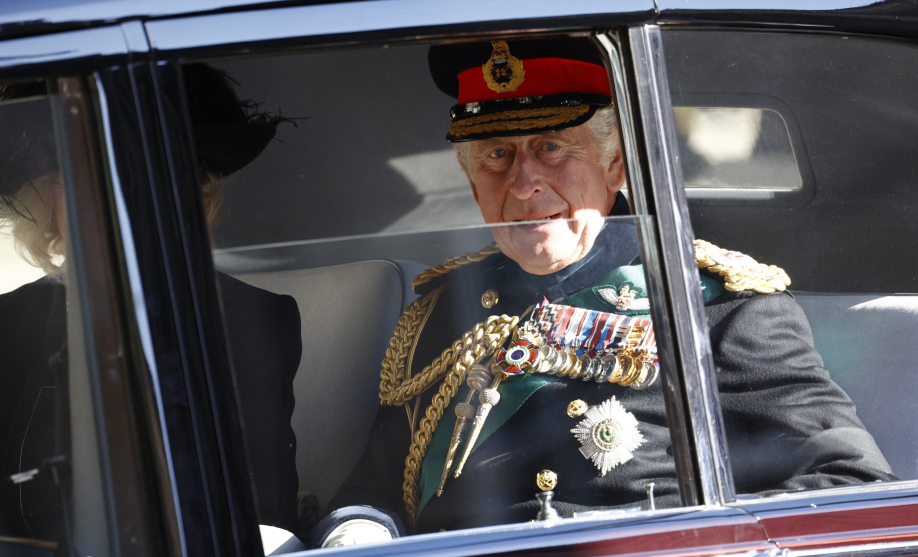