A group of magnet fishermen who found a collection of Army ordnance near Fort Stewart in Georgia will not be fined after initially facing charges for their adventure.

Last month, Bryce Nachtwey, who posts his magnet fishing exploits on YouTube, and two other men pulled 86 rockets, a tank tracer round and .50-caliber ammo from the river, according to Military Times.

The men said the items were in a Delta Airlines duffel bag.

The men were cited for recreating without a permit, entering a restricted area and unauthorized magnet detecting, according to WTOC-TV.

The charges were dismissed on Friday, Military Times reported.

Chicago Mayor Made Big Show of Accepting Texas-Bused Migrants, Then Immediately Ships Them Somewhere Else: Report

“At first it was alright but then it took a turn for the worse a little later on when the game warden came out,” Nachtwey said last month after he was cited.

On the day they were cited, all of their argument meant nothing, as shown in a video on Nachtwey’s YouTube.

“You’re all gettin’ tickets, you can come to court and talk to a judge, OK?” a Georgia Department of Natural Resources local game warden said. “The reason magnet fishing is not allowed is because of exactly what y’all got right there. You don’t know what’s going to blow up and not blow up.”

“The lot numbers on the rockets gave us that time frame,” Kevin Larson, chief of public communications for Fort Stewart, said, according to Military Times.

The ordance appears to be from the 70s or 80s. https://t.co/UD8NllomGn

Larson said the Army will not be looking for more ordnance that might be lying around.

“We will not be searching for additional ordnance because we know we are an active training installation and having ordnance in the environment is a reality of preparing our units to answer the nation’s call,” he said.

Should this waterway be searched for more ordnance?

Larson said because of the reality that unexploded ordnance exists, anyone who finds it must be careful.

“Because of this reality, we strongly emphasize people follow the 3 Rs — recognize, retreat, report — when coming across any ordnance they may find in the training area,” he said. 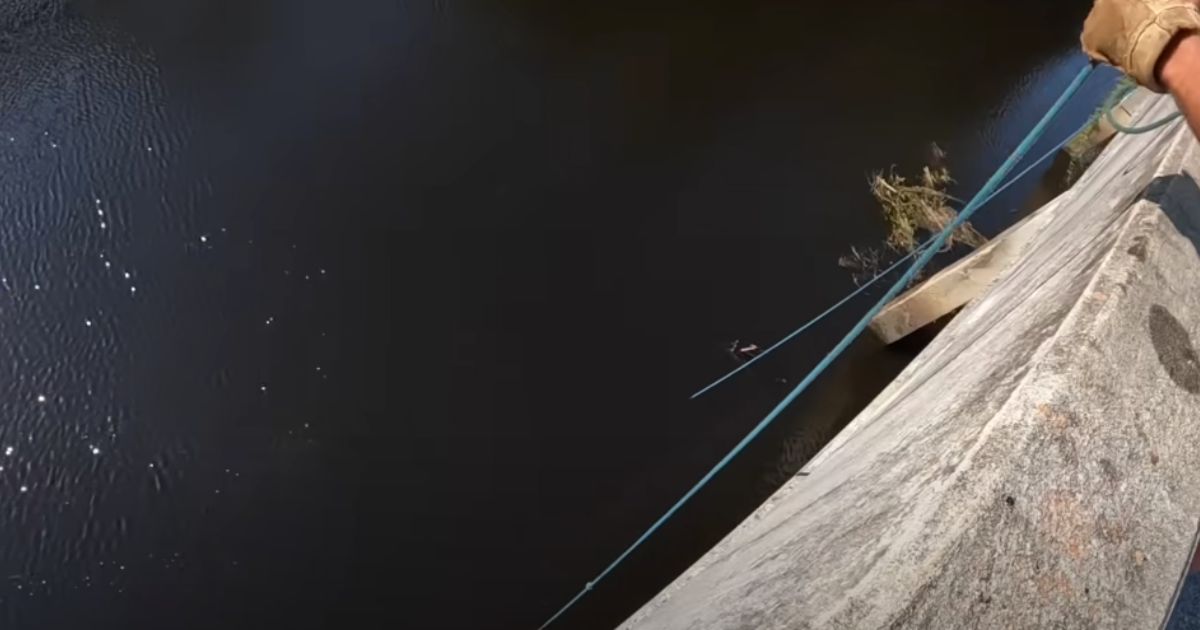