MIAMI — Luis Guillorme’s imminent return to the Mets should provide the team with needed defensive flexibility.

The infielder, who played a rehab game Sunday for Triple-A Syracuse, is expected to be activated from the injured list as soon as Monday, according to manager Buck Showalter, after missing a month with a left groin strain.

Guillorme’s return will give Showalter the option of moving Jeff McNeil to the outfield as needed with Starling Marte on the IL. On Sunday, the Mets went with struggling Darin Ruf in right field.

“One of the things we miss with Louie is the ability to move the load around a little bit,” Showalter said before the Mets’ 9-3 victory over the Marlins. “It’s a really safety net at a lot of places that we haven’t had.”

Mark Vientos went 0-for-5 as the DH in his major league debut. Vientos, who grew up in South Florida, had dozens of family members and friends in attendance.

“I couldn’t have dreamed it any way better,” Vientos said before the game, noting that he didn’t get much sleep the previous night because of the anticipation.“It’s awesome to be in my hometown and have a lot of people at the game, home support, but I am blessed to have an opportunity to be with the Mets right now and get my career started.”

Max Scherzer threw a bullpen session and felt good, according to pitching coach Jeremy Hefner. The right-hander, who was placed on the injured list last week with a left oblique irritation, will miss at least one more start — David Peterson pitched in his place Friday — before he is eligible to return from the IL.

But the Mets have not committed to Peterson for Wednesday, leaving open the possibility Trevor Williams will start in that spot. The lefty Peterson allowed three earned runs over 3 ²/₃ innings against the Marlins in his last outing.

The Mets wore first responders’ caps during the game to commemorate 9/11.

“Just so many people involved in it,” Showalter said. “It’s our chance to honor those people and realize there are some people and families that were very affected by this that are still feeling the pain from it, so it’s a day to stop and reflect a little bit and remind ourselves about it.”

Scherzer, watching from the dugout, was ejected for arguing a first-inning call. Brandon Nimmo appeared to triple leading off the game, but was sent back to second base when umpires ruled the ball lodged in a crevice between the fence and the ground.

A day after he was placed on the IL with a partial non-displaced fracture in his right middle finger, Marte said he’s in a better place emotionally. Marte sustained the injury Tuesday when he was drilled by a pitch in Pittsburgh.

“I have come to terms with it,” Marte said. “Especially with the finger, sometimes it’s a ligament issue but in this case I am able to move it around a little more right now, but it’s fine. We are just managing it and we’ll see how it looks moving forward.” 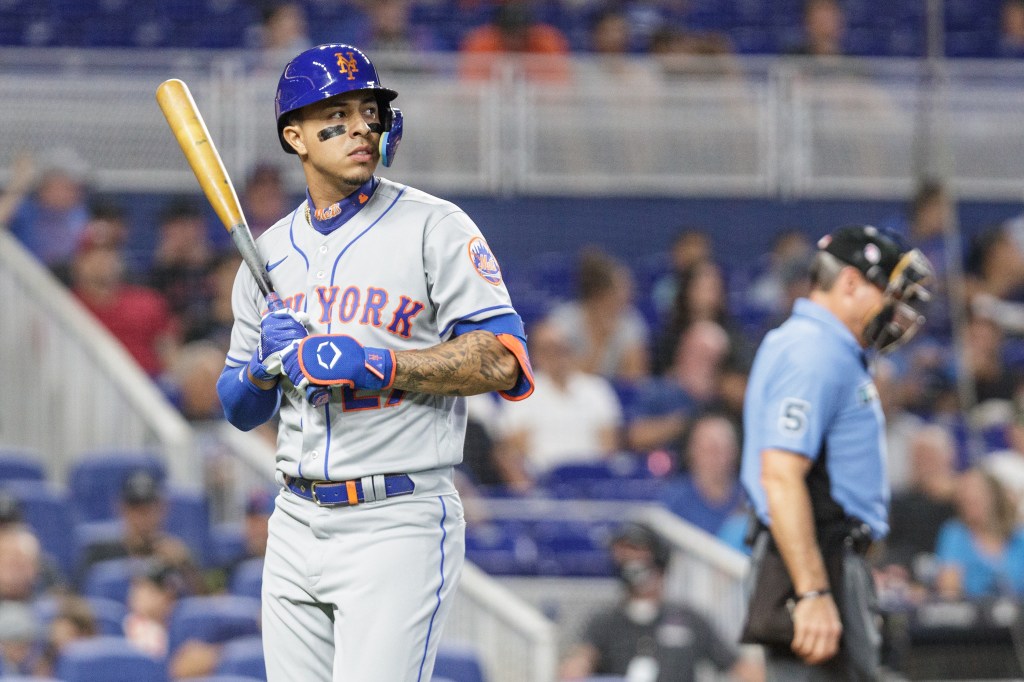