With how the talent level across women’s basketball is exploding, it isn’t very often we have a new “first” or see something that has never been done before.

Iowa’s Caitlin Clark did just that, though. Last year during the 2021-22 season, she became the very first Division I player to ever lead the nation in points and assists.

Clark averaged 27 points per game and eight assists per game on her way to making history. These numbers helped propel Iowa to a phenomenal year that eventually saw them crowned Big Ten champions after sharing the regular season title and then winning the conference tournament.

Clark is coming back for her junior year and looks to build on what is already a career for the record books. While her performance on the court is top notch, her off the court moves have been equally as impressive.

She is part of H&R Block’s “A Fair Shot” to help provide $1 million to support women in collegiate athletics as they generate name, image, and likeness deals as well.

Caitlin Clark had an outstanding year in 2021-22 and there is no reason to believe she isn’t going to become even more of a household name this upcoming year. A few more records should probably be ready to fall as well.

Let us know your thoughts, comment on this story below. Join the conversation today.

Iowa Hawkeyes’ Caitlin Clark only D1 player to ever lead nation in both points, assists 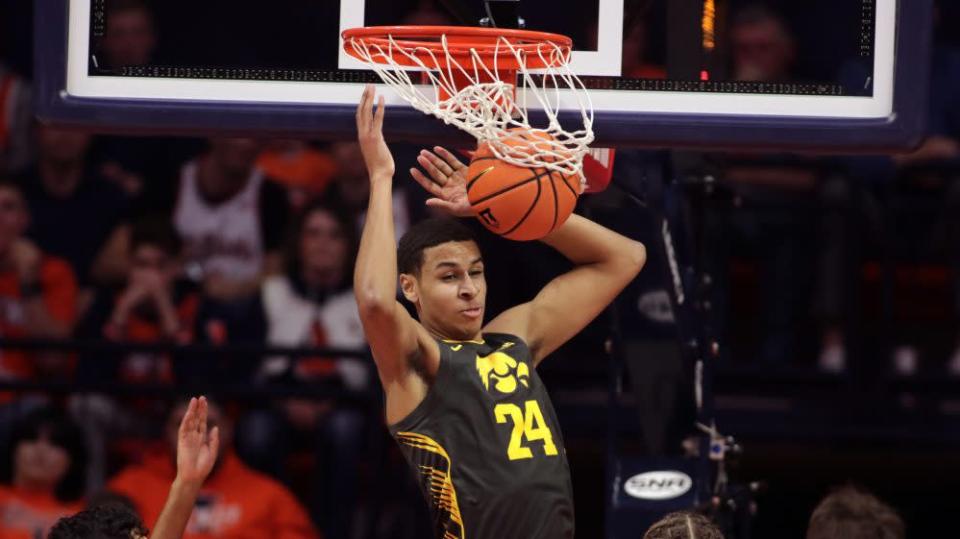