You probably couldn’t care less about what these partisan hacks have been up to since getting fired, but we’re going to tell you anyway. Generally speaking, the answer is “not much,” but at least one of them has already secured a new gig at an elite American institution.

Stelter announced Monday that he was joining the Harvard Kennedy School as the Walter Shorenstein Media and Democracy Fellow. It is a fitting post for the canceled hack, whose target audience at Harvard will be even more left-wing than his audience at CNN. Stelter’s new role will involve convening “a series of discussions about threats to democracy and the range of potential responses from the news media,” which is also fitting—a partisan journalist explaining how partisan journalists can help solve a problem (widespread public distrust in the media and other U.S. institutions) they helped create.

Toobin and Harwood, meanwhile, have yet to find work and are still coping with the loss of their lucrative network jobs. Toobin recently appeared as a legal analyst on a golf podcast and expressed his support for the New York Jets hours before the team was crushed 24-9 by the Baltimore Ravens. Harwood has been doing what he usually does—tweeting like a #Resistance wine mom with mental health issues. “Frozen Hershey’s kisses are way way better than frozen M&Ms,” he wrote Sunday at 10:37 p.m.

Harwood used his last appearance on CNN to deliver a partisan rant in which he argued that journalists were morally obligated to support the Democratic Party. The fired hack’s parting message resonated with many CNN employees, who are reportedly concerned about the network’s efforts to boost ratings by prioritizing actual journalism over Democratic propaganda. Stelter, for example, has referred to himself in conversations with former colleagues as a “sacrificial lamb” who was fired for loving democracy too much.

Here’s What These Fired CNN Hacks Are Up to Now 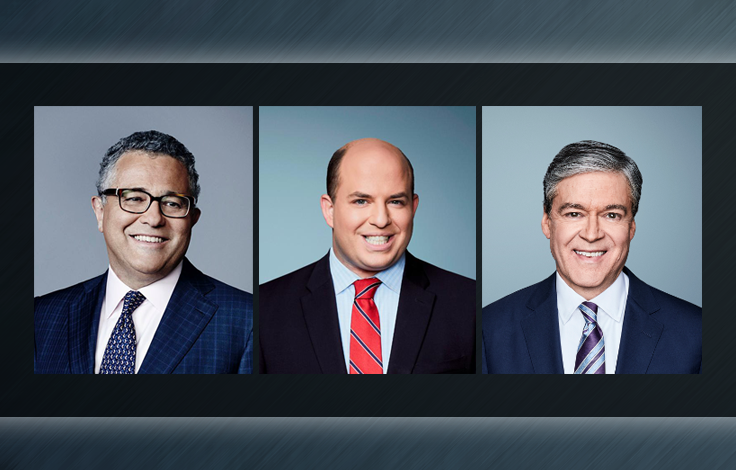