Why the Budget Deficit Is Falling 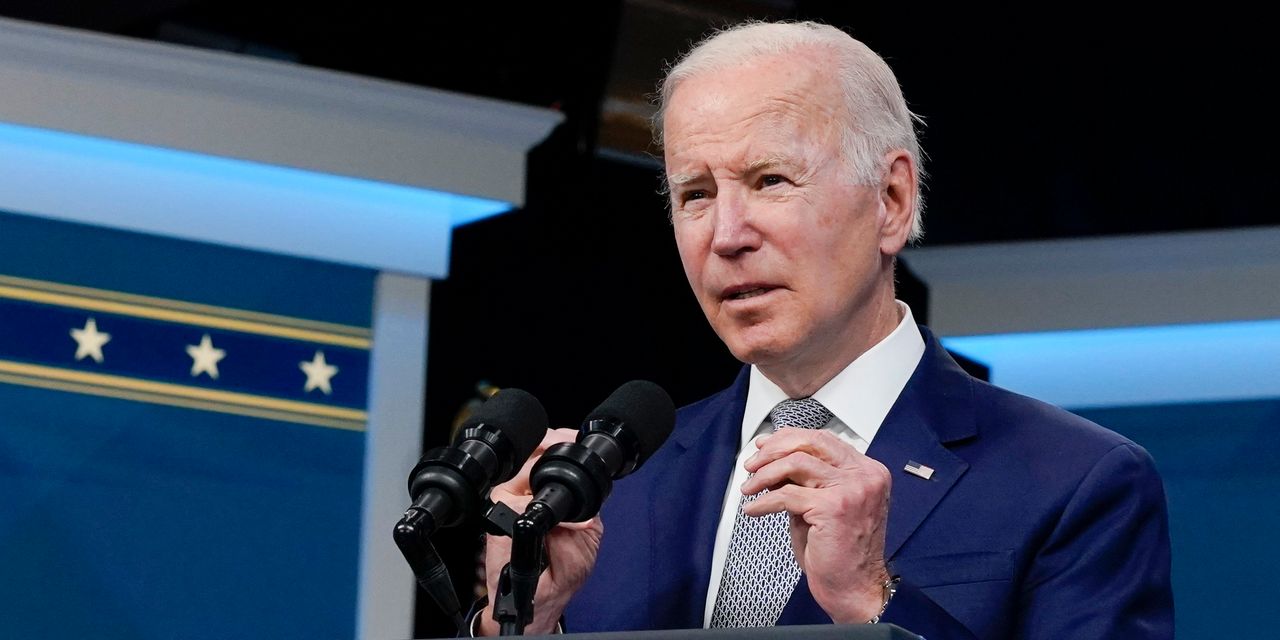 President Biden has been taking credit for the falling federal deficit, but what he won’t tell you are the real reasons. Allow us to fill in his blanks.

Spending has fallen sharply this fiscal year, but the reason isn’t Congressional restraint. The explanation is “the net result of large decreases in pandemic-related spending offset by smaller increases in other spending,” as the Congressional Budget Office puts it in its April budget summary.

Democrats wanted to make many pandemic programs permanent, but Build Back Better failed to pass the Senate. Thank you, Joe Manchin and

The other reason, which no one in Washington wants to report, is that tax revenue is booming. Federal receipts through April rose an astonishing $843 billion from a year earlier, or 39%, to nearly $3 trillion. There’s still a third of the fiscal year to go.

Individual income taxes rose $698 billion, or 68%, thanks to economic growth and inflation that boosts nominal incomes. The feds are getting more than their “fair share.”

Corporate income-tax revenue continued its torrid pace, rising $38 billion, or 21%. CBO concedes that revenue for fiscal 2022 is likely to exceed its forecast from last summer by between $400 billion and $500 billion.

All of this adds up to boom times in the Beltway, but Mr. Biden still wants a record tax increase. Isn’t a 39% raise enough?

PrevPreviousFACT CHECK: No, Fred Rogers Was Not A Sniper In Vietnam
NextTurkey Imprisoned a Christian Monk for Providing Bread and Water to Unkown Individuals in NeedNext