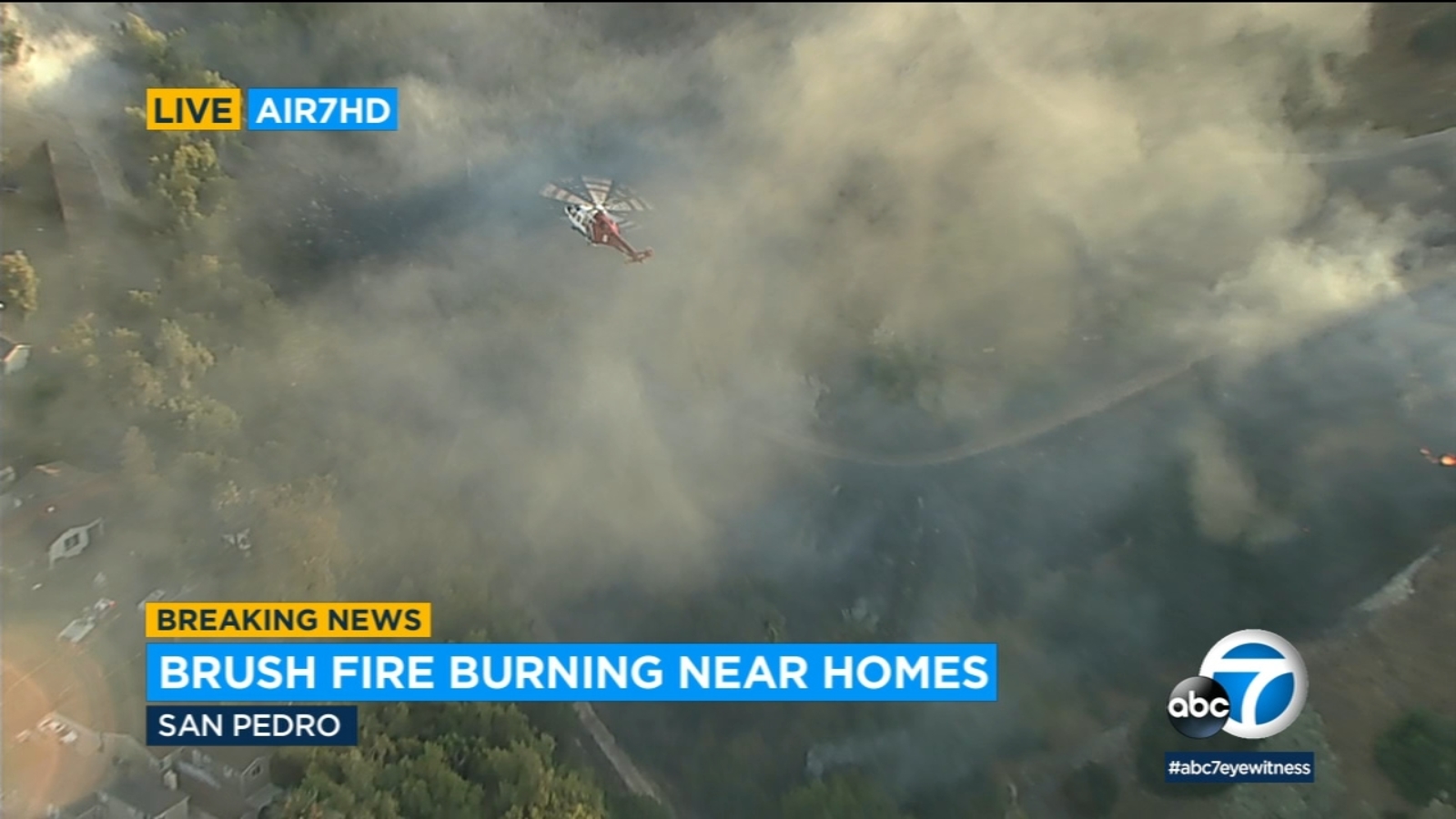 SAN PEDRO, LOS ANGELES (KABC) — Firefighters are battling a brush fire in San Pedro Thursday afternoon that was burning dangerously close to homes and sent thick plumes of smoke into the air.

The brush fire was reported around 6:15 p.m. and was burning in rugged terrain near the 500 block of N. Western Avenue in Peck Park, according to the Los Angeles Fire Department.

The blaze was estimated to be at 1 acre in size, but its proximity to homes prompted a response from firefighting helicopters.

It appeared most of the flames had been extinguished roughly an hour after it had been reported, but smoke hovered over the area.

DEVELOPING: We will add more details to this report as they become available.

PrevPreviousMom of Perry High School student says her son was attacked twice in one day
NextSen. Rand Paul: ‘We Cannot Save Ukraine By Dooming The U.S. Economy’Next