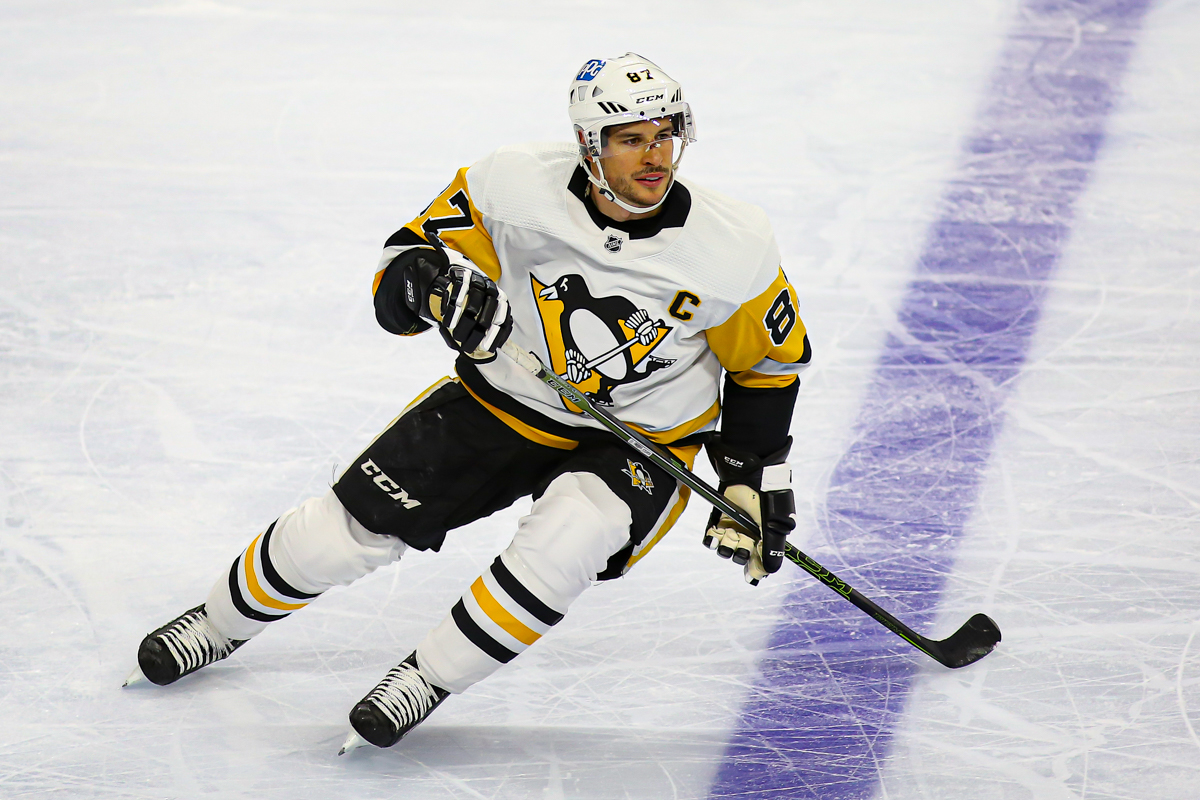 With a 3-1 lead in their first-round series, the Pittsburgh Penguins had plenty of reason to feel confident, even as they headed into the unfriendly confines of Madison Square Garden.

They’d been better than the Rangers in nearly every facet of the series so far. They’d chased Igor Shesterkin, New York’s Vezina and Hart Trophy-nominated goaltender, in two consecutive games, and the Penguins’ 7-2 win in Game 4 had left the Rangers looking demoralized.

In Game 5, too, Pittsburgh got off to just the start they wanted. They withstood the early storm and the hostile crowd. They got on the board first, courtesy of Jake Guentzel, midway through the opening frame. By the time defenseman Kris Letang added to the Penguins’ lead eight minutes into the second, it felt very much like the evening was headed toward a handshake line.

And then, without so much as a stop in play, everything changed.

This appears to be the play that injured Sidney Crosby. Jacob Trouba catches him up high pic.twitter.com/MSQrmyoM2p

With an elbow to the head of Sidney Crosby, Rangers defenseman Jacob Trouba ended the Penguins captain’s night and potentially much more.

Trouba was not penalized on the play and won’t face supplemental discipline. Crosby did not signal for a stoppage but went to the bench, where he appeared dazed before going down the runway accompanied by medical staff.

Regardless of Trouba’s intent, it’s no surprise that Crosby is reportedly being evaluated for a concussion. His history is long and concerning, with 108 regular-season games and one playoff contest lost to head injuries in his legendary career.

In the immediate aftermath of losing their captain Wednesday, the Penguins unraveled. Their 2-0 lead evaporated, with the Rangers scoring three times in just 2:42 to take the lead. Trouba added an extra gut punch by scoring the go-ahead goal.

“We’ve got plenty of leaders on this team that have been through a lot,” Guentzel said. “You never want to see a player like [Crosby] leave, but we’ve got the group to step up. We’ve got a lot of capable guys in our locker room; we’ve got to find a way to get that [win].”

“A couple defensive breakdowns that they made us pay for,” said forward Teddy Blueger. “Obviously the momentum swings quick, and things changed after we gave up the first one. We’ve got to do a better job of putting that behind us and not letting the momentum shifts affect us as much.”

Guentzel pulled the Penguins back to a draw a few seconds later, showing poise in the face of adversity, but Pittsburgh went on to play an undisciplined third period, and it cost them.

The Rangers’ Kid Line has been a consistent bright spot in this series, and it was 22-year-old Filip Chytil who cashed in on a penalty to Pittsburgh’s Marcus Pettersson early in the third with what proved to be the game-winning goal.

ANOTHER FIRST CAREER STANLEY CUP PLAYOFF GOAL FOR ONE OF OUR KIDS. pic.twitter.com/fInx9B9WjM

Pittsburgh had plenty of time to get one back, but spent much of the remainder of the contest on the penalty kill. Evgeni Malkin, their other star center with Crosby out, took two minors, effectively negating the positive impact he’d had with two assists earlier in the night.

“We’ve got to find a way to get back on our toes again,” said Pettersson, who said the penalties stemmed largely from the Penguins’ frustration. “That’s when we’re at our best, not sitting back and defending. Do a better job snapping out of the momentum they had, getting pucks deep and getting on our forecheck.”

And so the series comes back to Pittsburgh for Game 6 Friday, with New York still down 3-2 but gaining momentum. They’ll likely gain by the Penguins’ subtraction, too, as it would be a surprise to see Crosby on the ice. Thursday, Pittsburgh recalled Radim Zohorna from the AHL, a likely indication that they expect to be down a forward.

Losing Crosby would be especially significant this year. He’s been among the most productive players in the playoffs, and has been playing at his highest level since the Penguins’ Stanley Cup runs. But playing without their most important player is something the Penguins have done as recently as earlier this season. Not only did they play without Crosby as he recovered from offseason wrist surgery and COVID, they played for extended periods without Malkin and others.

“It should just give us confidence that we can win games regardless of who’s in our lineup,” said head coach Mike Sullivan. “We have a lot of depth at all the positions, and we believe we have what it takes to win. This group has always has the next-man-up mentality.”

On a positive note for the Penguins, although third-string goalie Louis Domingue has done everything they could conceivably ask of him and kept them in every game, he’s allowing an average of 3.56 goals per game. Starter Tristan Jarry, recovering from a foot fracture, would be a welcome sight, and he’s close.

“He just has to continue to go through the rehab process until our medical staff and our rehab department deems him ready to return to play,” Sullivan said. “He’s making significant progress, we’re really encouraged, and we’ll take each day as it comes.”

PrevPreviousLeeds: Orta must axe Firpo this summer
NextOilers Change Lines Ahead of Game 6 to Avoid Another Slow StartNext