On land or in the water: Introducing your child to physical activity 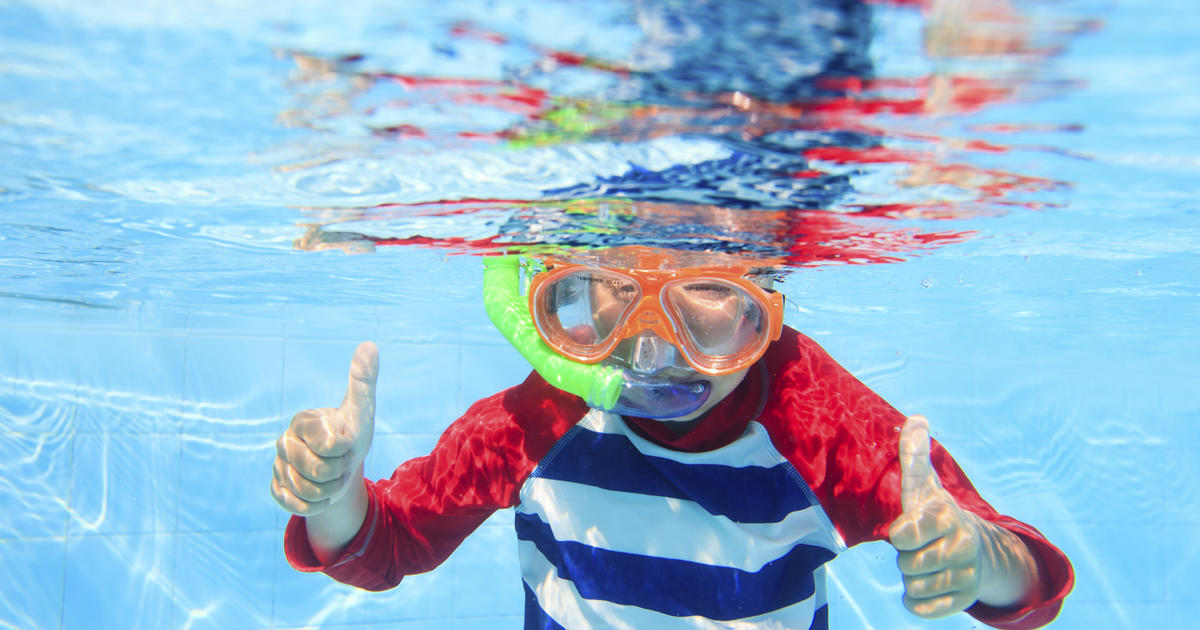 PITTSBURGH (KDKA) – Growing up healthy in an age of video games and junk food is a battle.

When a six-year-old ran a marathon in Arizona – it raised eyebrows and questions about what age is appropriate to get your children working out.

We’re not talking about overachievers and their parents, but regular folks like us.

“Ages three-to-five need to have three hours of activity every day, not all at one time, 15 minutes every hour,” said AHN pediatrician Dr. Jennifer Preiss. “They need to be running, free play, some instructed play, you know – kicking balls, those kinds of things.”

Meanwhile, Dr. Preiss said that kids do have to hold off on jogging or running, saying that long-term running is something that should wait until after the ages of 8-10.

And if your child says they’re tired – listen.

“Children have a body sense and know when they should stop and they will override that body sense in response to a parent or an adult telling them that they should,” Dr. Preiss said.

Dr. Preiss said that 12-years-old is when weight lifting can begin, but it should be “very, very supervised and by people who understand what’s happening.”

Baseball can be fun but young arms aren’t made for major league accomplishments.

“The Tommy John surgery in younger teenage boys is on the rise,” Dr. Preiss said, warning against setting the bar too high. “Kids get depressed and anxious because they’re not achieving what they thought they should achieve or things like that.”

She said that exercise and competition are good for kids but remember their bodies are still developing and subject to injury if not handled properly.

When it comes to some of the best exercises, nothing beats swimming for the overall workout it brings; using your whole body, and getting your blood pumping, but it doesn’t put stress on your body like other exercises.

So when should we get our kids in the pool?

Early – very early – but with age-appropriate expectations. So that means looking for a place to take your child, in some cases, those places are free.

However, an early start does not mean dunking your newborn…but it’s close.

“I would say probably six months would be probably perfectly fine to introduce a child to a pool,” Dr. Priess explained.

“Kids as young as six months are in that water getting a feel for the water and loving it,” Thomsen said.

Of course, those six-month-olds are in the arms of an adult and the learning can begin from there to three years old.

Three years old is a turning point, with Thomsen saying that’s when they can really start teaching kids how to swim on their own. Lessons progress from there at the Y. That’s especially important because minority communities lag behind the swimming curve.

“The YMCA particularly I think is well known for making sure that all of its resources are available to people regardless of their means,” Thomsen said.

Thomsen added people should reach out to their closest YMCA, they want everyone to be safe in the water and they’ll help you make it work financially.