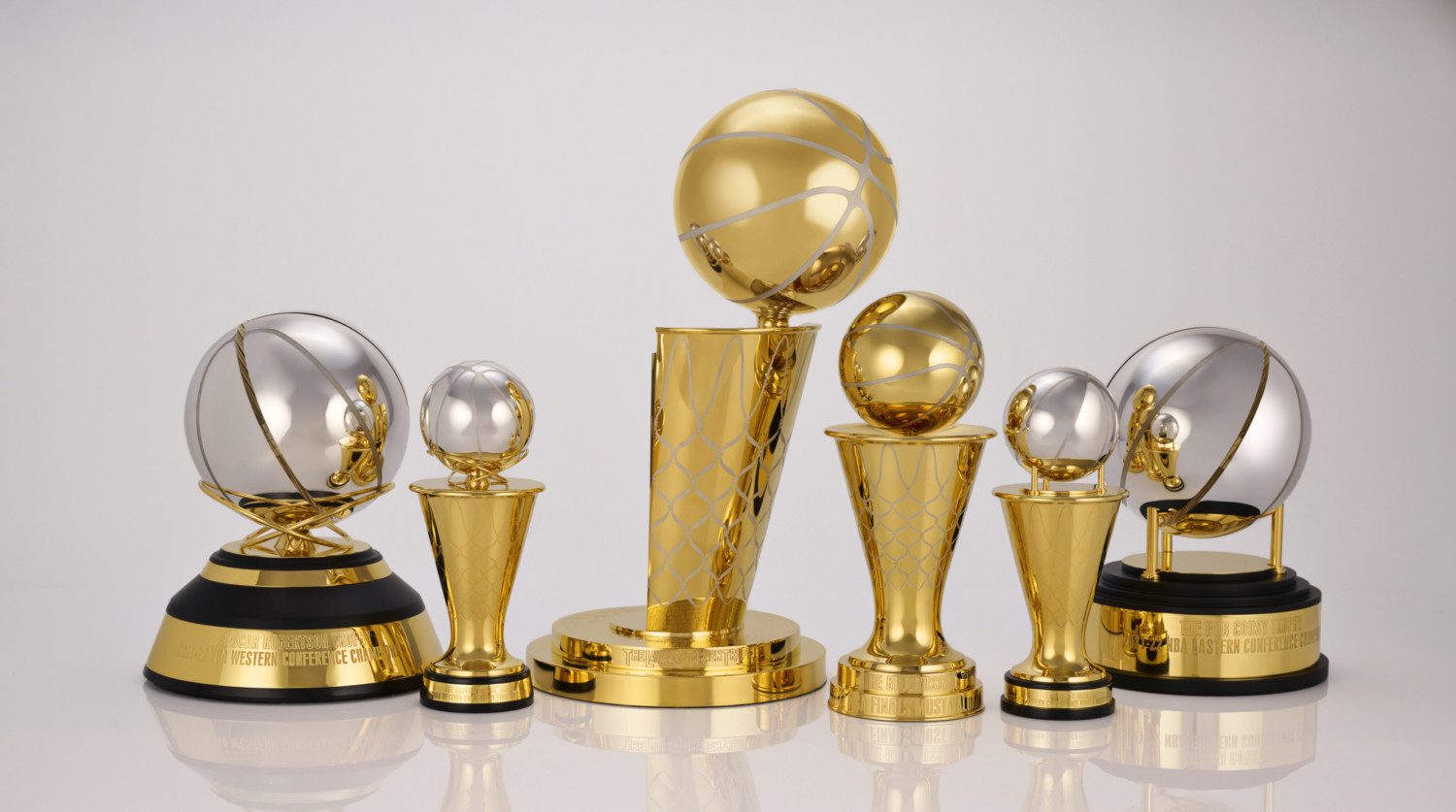 “We wanted to explore and start a new 75 years and bring some aesthetic consistency to that and have some meaning behind all the trophies we had,” said Christopher Arena, NBA’s head of on-court and brand partnerships, who spearheaded the project. “Our minds were on what the trophy should look like and how heavy they should be.

The NBA today unveiled a lineup of reimagined trophies for the NBA postseason, including an evolution of the Larry O’Brien Trophy, awarded annually to the NBA champions.

One of the new features of the Larry O’Brien Trophy is the base.

Instead of a square foundation, the base now consists of a pair of circular stacks.

“The Larry O’Brien used to have this square, rectangular base. But it was a little bit awkward, like, where do you grab it? By making it a cylinder you can grab it at any point. You can hold it in your hand easier. There’s a gripping point on everything we did,” said Arena.

The top disc lists the team names of the first 75 NBA champions.

Starting this year, each champion’s name will be etched on the bottom disc of each new trophy, which has enough room for the next 25 champions.

Artist Victor Solomon collaborated with Tiffany & Co. on the trophies.

“One of the main rules was using the past to infuse what the future would look like. Using the history to set the table for the next era,” said Solomon per NBA.com.

The making of the NEW Larry O’Brien Trophy from start to finish!

“Symbolically, the trophy represents the end of a journey that these athletes go on, and I felt the symbols to celebrate the players had been under-celebrated,” Solomon said. “It was very exciting and unprecedented to be able to push the boundaries.”

The Bill Russell Trophy for the Finals MVP is now finished completely in gold vermeil to match the Larry O’Brien Trophy, and the conference championship trophies are now named after Hall of Famers Oscar Robertson (West) and Bob Cousy (East).