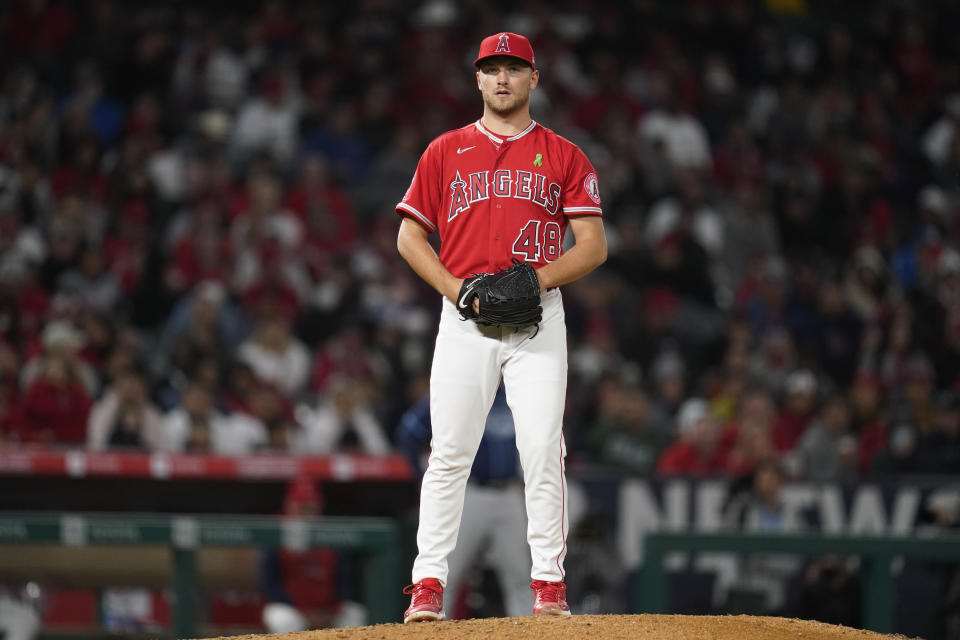 Angels rookie Reid Detmers fired the league’s first solo no-hitter of the season Tuesday night, blanking a Rays lineup that entered with the second-best wRC+ (118) in MLB. During Detmers’ 11th career start, the no-no came and marked his first outing that lasted longer than five innings this season.

He allowed just one base runner (a walk), although he recorded just two strikeouts in the shutout (a 12-0 laugher that included Anthony Rendon homering while batting left-handed for the first time in his career).

Should you be rushing to add Reid Detmers after his no-no?

Detmers was rostered in just 10 percent of Yahoo leagues entering Tuesday’s start, so his gem helped few fantasy managers, unfortunately, but he’ll no doubt be a popular waiver wire add after the no-hitter and suddenly sporting a 0.84 WHIP.

Still, that also comes with an ugly 5.8 K/9 and a Statcast page that reveals a whole lot of hard contact allowed, so expectations should be tempered.

THE BAT projected Detmers to post a 4.76 ERA rest of season entering Tuesday’s start, and he now has a minuscule .174 BABIP on the year, which would be the lowest among all starters if he qualified. That tiny hit rate feels especially lucky given the Angels have fielded one of the worst defenses in the league.

Tossing a no-hitter is a big accomplishment and certainly made Tuesday a special night for Detmers, but the lack of strikeouts and inability to pitch deep into games really hurt his fantasy value moving forward.