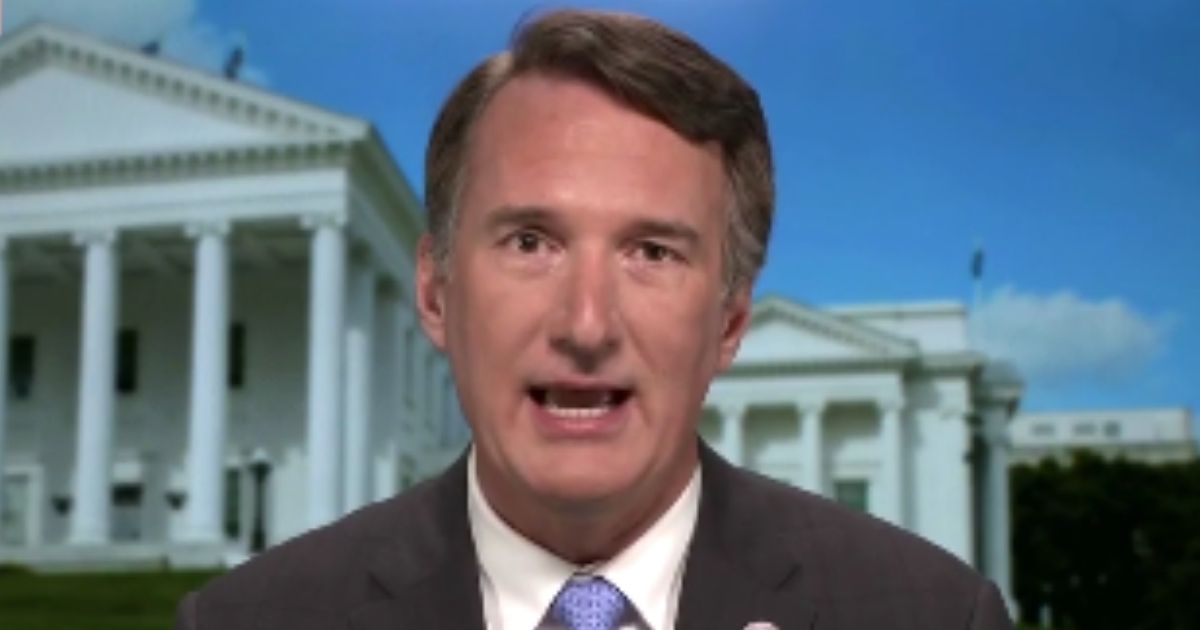 Republican Virginia Gov. Glenn Youngkin appears to be stepping into a gap created by the Biden administration’s Justice Department to help ensure the safety of Supreme Court justices and their families.

Alito, who wrote the draft, Kavanaugh, Neil Gorsuch, Amy Coney Barrett and Clarence Thomas have reportedly signed on to the opinion, which would overturn the 1973 decision in Roe v. Wade. Roe struck down all state laws banning abortion, making it a national right.

Some protesters outside Alito’s home could be heard yelling, “F*** you, Alito,” and “Abort the court.”

WARNING: The following video contains language that some viewers will find offensive.

“F— you Alito” they screamed.

These protests are technically illegal but, of course, no one was arrested.https://t.co/E4Ge8Fy4mh pic.twitter.com/KQcaJSuncj

Youngkin told Fox News host Neil Cavuto on Wednesday, “This leak was done in order to influence and, oh, by the way, to intimidate our justices.

Should protesters be allowed outside justices’ homes?

“And that’s exactly what these parades and picket lines and demonstrators are trying to do is influence and intimate our justices,” he added.

Youngkin said he and GOP Maryland Gov. Larry Hogan sent a letter to U.S. Attorney General Merrick Garland on Wednesday calling on him to enforce federal law and shut down the protests at justices’ homes.

Their letter reads, “While protesting a final opinion from the Supreme Court is commonplace when done on the steps of the Court or in the public square, the circumstances of the current picketing at the Justices’ private homes in residential neighborhoods are markedly different.”

The federal statute is clear. Today, @GovLarryHogan and I called on U.S Attorney General Garland to take action and enforce the law. https://t.co/J9tT41MHJE

The two cited a federal law that makes it illegal to picket or parade at judges’ homes with the intent to influence them in the discharge of their duties.

Youngkin pointed out to Cavuto that Alito’s draft opinion is not a final ruling.

“It’s a draft ruling, and clearly these demonstrations are being pulled together to try to influence the final outcome, and that is prohibited based on federal statute,” he said.

“This is wrong. We have justices who have small children. They have neighbors and families,” Youngkin added.

Youngkin said he has asked local police to set up a perimeter around each of the justices’ homes in Virginia. State police stand ready to assist as needed.

Youngkin and Hogan told Garland in their letter, “It is in your hands to ensure that applicable federal law is enforced to preserve the integrity of our American judicial system and the safety of our citizens.”

They concluded by exhorting the attorney general to enforce the law.

“It is critical that our Department [of Justice] acts to preserve the safety and standards of the highest court in the land,” the governors said. “There is simply too much at stake.”

This is the moment when pro-abortion protesters arrived at Alito’s home. pic.twitter.com/Xs8vdZEDpS

At a news briefing on Monday, White House press secretary Jen Psaki refused to concede that protesting outside of justices’ homes is wrong.

“Yes, we are a country that promotes democracy, and we certainly allow for peaceful protest in a range of places in the country,” she said.

On Tuesday, Psaki went further and said that “we certainly continue to encourage” protests at justices’ homes.

Randy DeSoto has written more than 2,000 articles for The Western Journal since he joined the company in 2015. He is a graduate of West Point and Regent University School of Law. He is the author of the book “We Hold These Truths” and screenwriter of the political documentary “I Want Your Money.”

We Hold These Truths