Warnings From the Crypto Crash 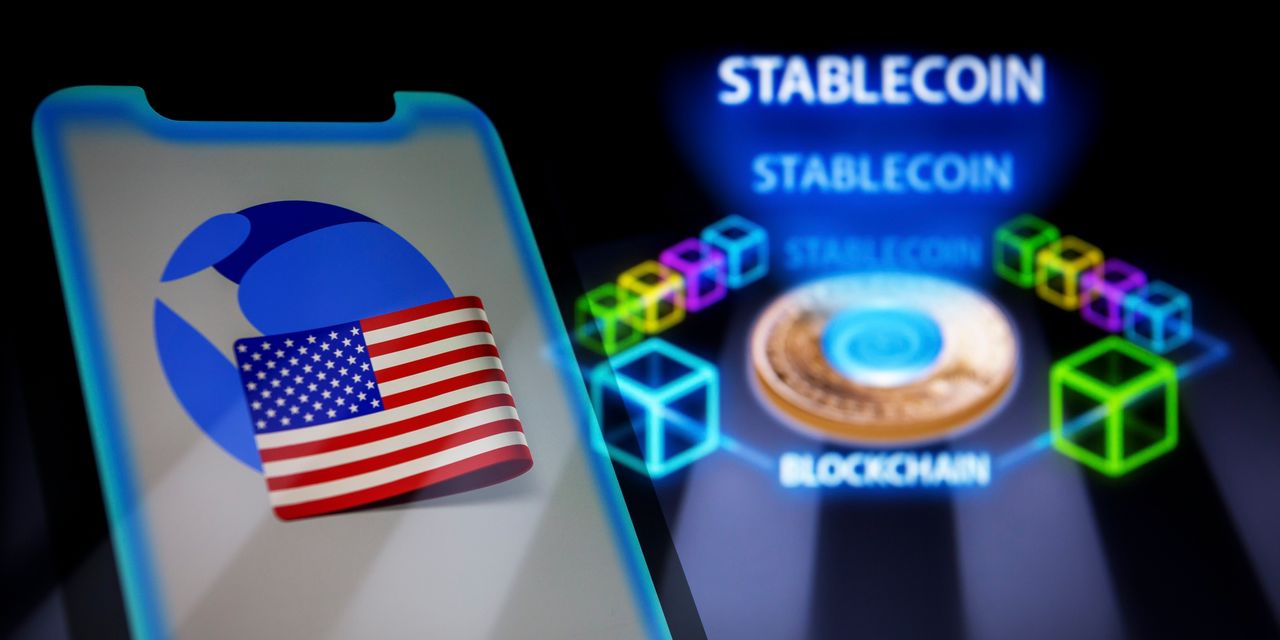 Well, the party was fun while it lasted. But now the liquidity tidal wave is crashing as it always does when credit conditions tighten. This week’s crypto-currency crash is the first body exposed on the beach, and let’s hope the damage doesn’t spread too far into the financial system and broader economy.

Some $200 billion in crypto assets have blown up in 24 hours, led by the collapse of the so-called stablecoin TerraUSD. The crypto universe used to be small and dominated by Bitcoin enthusiasts, but it has swelled as investors sought higher returns amid negative real interest rates.

Investors found out this week. Stablecoins are supposed to hold a fixed peg and let investors seamlessly trade crypto assets. Some are backed by fiat money, though their inventors don’t always disclose what’s in their reserves. Other stablecoins like TerraUSD are underpinned by algorithms, sometimes linked to another crypto currency—in Terra’s case, the token Luna.

To drum up demand for its currency, Terra’s developers created a “decentralized lending” platform that offered interest rates of up to 20% on deposits. Terra was supposed to hold a $1 value. We were also told before the 2008 financial panic that prime money-market funds wouldn’t break the buck. Then one did.

Despite its supposedly fail-safe algorithm, Terra was backed by nothing more than market confidence. And we’ve learned time and again what happens when investors panic. As investors sold off crypto, Terra’s algorithm broke and its value plunged to 36 cents on Wednesday. What happens to Terra owners? Stay tuned.

One risk is that Terra’s rout causes investors to lose faith in other virtual currencies and creates a market contagion. Crypto currencies are often used as collateral for trading, and other popular tokens are getting pummeled this week. The stablecoin Tether, which is backed by opaque hard currency reserves, wavered from its dollar peg on Wednesday.

the crypto exchange that benefited from enormous market liquidity and lack of investor discipline, have also tumbled. Coinbase assures customers it is at “no risk of bankruptcy.” But on Tuesday it also disclosed that its customers would be unsecured creditors in the event of a bankruptcy, meaning their $256 billion in crypto and fiat currencies could be wiped out. Nice of Coinbase to tell us now.

Another danger is that the crypto turmoil bleeds into the banking system. Crypto enthusiasts claim that virtual currencies “disintermediate” financial institutions since you don’t need a bank or broker to make transactions. That’s true up to a point. But credit to buy crypto has to come from somewhere. Who’s standing behind it? Nobody knows.

The crypto market ballooned to $2.9 trillion last November from some $500 billion in November 2020. This runup wasn’t only driven by millennials gambling with stimulus checks. Central banks had made credit essentially free, which encouraged speculation.

The point is that there are always unexpected casualties when risk aversion returns with a vengeance. This is why junk bond prices are falling as concerns mount that some companies may struggle to roll over their debt, especially if the Federal Reserve’s tightening tips the country into a recession.

The European Central Bank recently warned banks to hold extra capital against leveraged loans, which are sensitive to interest rates, to cover potential losses. As rates rise, some could default. About $800 billion in leveraged loans in the U.S. were issued last year, 60% more than in 2019. Regulators won’t know who’s overextended until markets shake out.

Debt covenants and market discipline were already deteriorating before the pandemic. When the economy shut down, the Fed was right to backstop financial markets. But it continued to provide support long after it was needed. As inflation heated up, the oracles of the Eccles building assured investors it was only “transitory” and monetary policy would remain supportive.

With inflation persisting and rising above 8%, the Fed had no choice but to tighten. Some investors who were overextended may be wiped out, but this is what happens when the Fed keeps conditions too easy for too long and then has to stop abruptly.

Crypto currencies have passionate supporters, and the best may find a permanent place in the financial marketplace. But more than a few will wash out in this liquidity purge. As we learned in 2008, problems on Wall Street can quickly spread to Main Street. The challenge for regulators is to protect the financial system from damage that won’t end with crypto. They’d better be preparing for the next casualties.