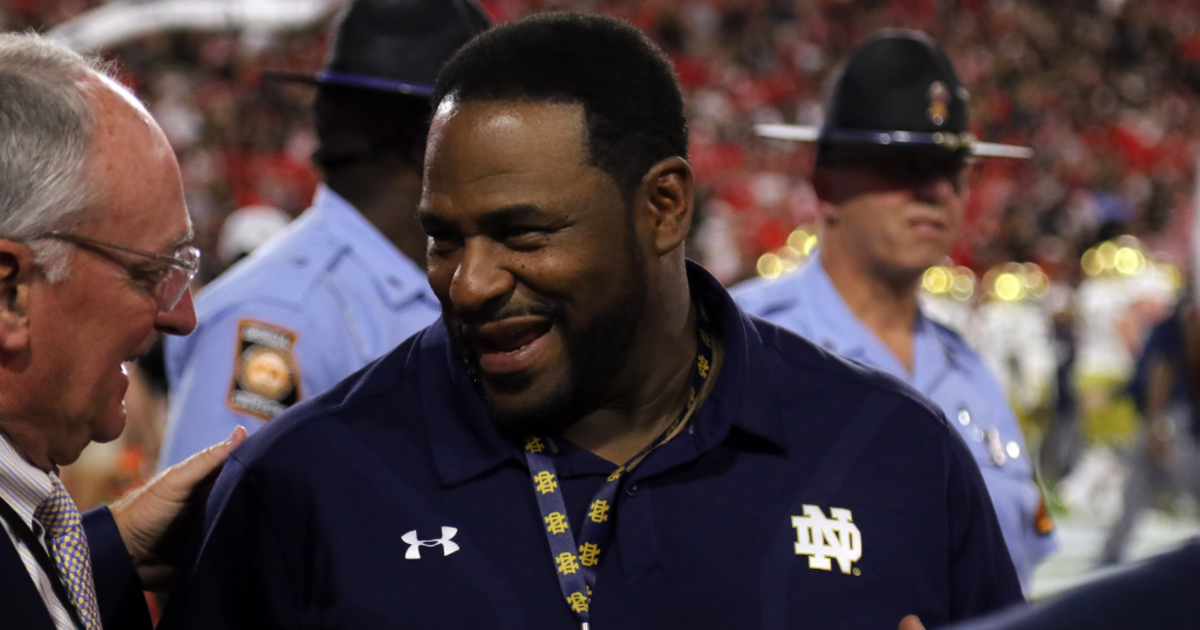 PITTSBURGH (KDKA) – Hall of Famer, Super Bowl winner and Steelers legend Jerome Bettis has a new achievement under his belt: a degree from Notre Dame.

Nearly three decades after leaving the university to play in the NFL, Bettis announced on Thursday that he graduated from the Mendoza School of Business, tweeting, “A promise made, a promise kept.”

Bettis skipped his senior year to enter the 1993 NFL Draft where he was selected 10th overall by the Rams. He spent three seasons in LA before being traded to the Steelers — and the rest is history.

“I think it’s so important, one, that I complete the task at hand,” Bettis said in an interview on Notre Dame’s website. “I promised my mother that I would finish and get my degree. But most importantly, I have two children. We’re already in that college mindset. For them to see dad finishing a commitment that he set out 30 years ago — for me to complete that — I think says a lot to them in terms of what they can do with their lives.”

And when asked whether the Super Bowl ring or his Notre Dame degree meant more, Bettis picked the degree.

“Looking at my life as a whole, I think this would be one of those critical milestones, just like winning the Super Bowl itself. Accomplishing my degree at 49, ultimately 50, I think that’s probably going to be more significant because of what I’ve had to do to get here,” he said.