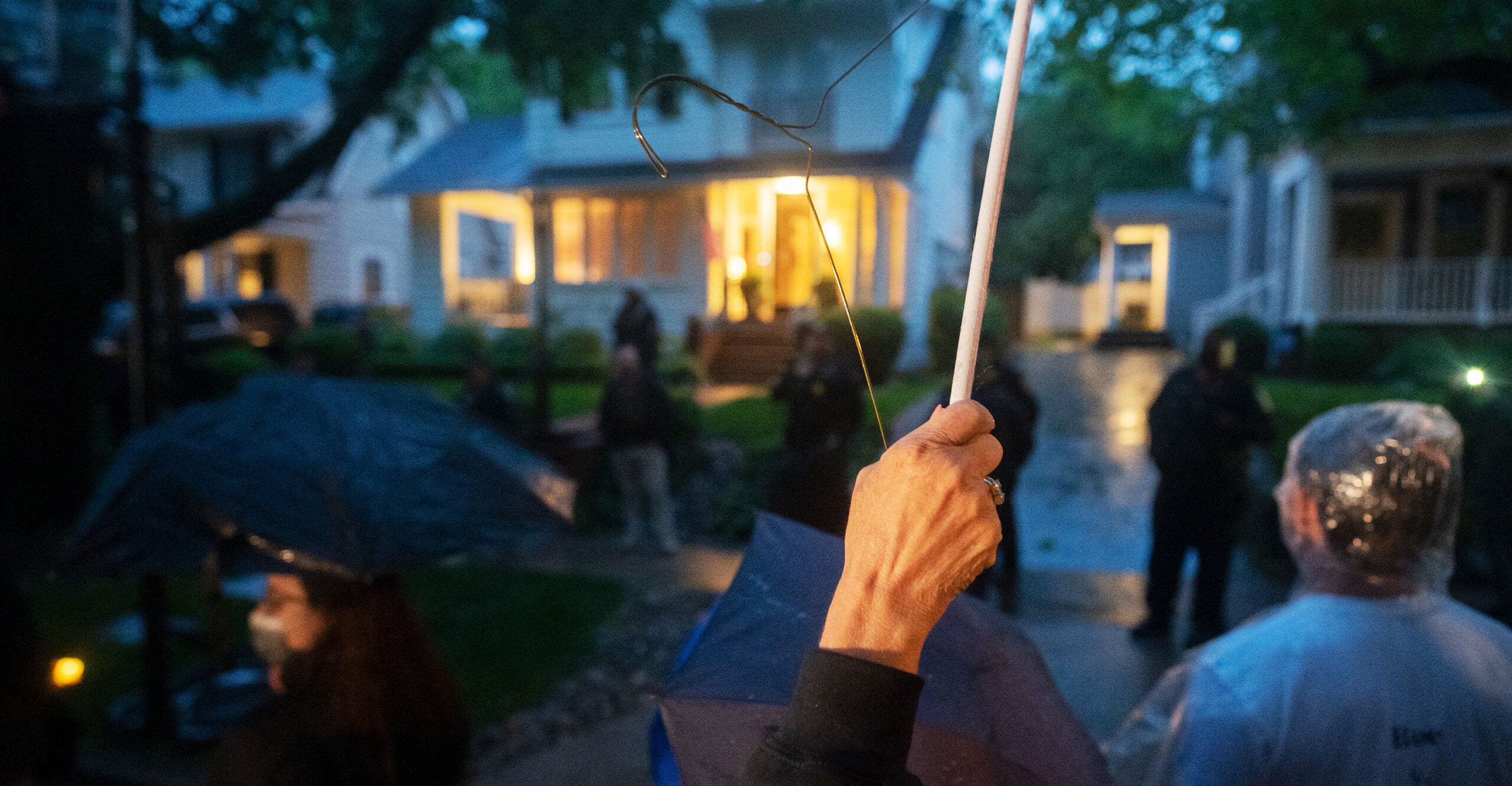 Make-believe Handmaids of Gilead (or at least the ones wandering the streets of suburban Washington, D.C.), listen up: You and your compatriots are likely committing a crime.

Regardless, you are certainly exhibiting poor judgment by trying to intimidate and influence Supreme Court justices and their families at their homes.

You don’t have to take our word for it. Even Sen. Dick Durbin, D-Ill., the No. 2 Democrat in the Senate, said, “I think it’s reprehensible. Stay away from the homes and families of elected officials and members of the court.”

Even The Washington Post’s editorial board opined,  “Leave the Justices Alone at Home.” It wrote, “The right to assemble and speak freely is essential to democracy.  Erasing any distinction between the public square and private life is essential to totalitarianism.”

In no uncertain terms, the editorialist wrote, “The protests are part of a disturbing trend in which groups descend on the homes of people they disagree with and attempt to influence their public conduct by making their private lives—and, often, those of their families and neighbors—miserable.”

And lest their message be lost, they wrote, “To picket a judge’s home is especially problematic.  It tries to bring direct public pressure to bear on a decision-making process that must be controlled, evidence-based, and rational if there is to be any hope of an independent judiciary.”

We agree. So, what can be done?

While there are state or local laws that might prohibit these protesters’ intimidating conduct, a federal law—18 U.S.C. §1507—seems to be directly on point.

Whoever, with the intent of interfering with, obstructing, or impeding the administration of justice, or with the intent of influencing any judge … in the discharge of his duty, pickets or parades … in or near a building or residence occupied or used by such judge … or with such intent uses any sound-truck or similar device or resorts to any other demonstration in or near any such building or residence, shall be fined under this title or imprisoned not more than one year or both.

The statute is clear. Numerous other legal experts who have reviewed the statute think it likely applies to the protests at the justices’ homes and would likely survive a legal challenge.

The Washington Post said these are “limited and justifiable restraints on where and how people exercise the right to assembly.”

“Citizens should voluntarily abide by them, in letter and spirit.”

If not, the editorial board wrote, the relevant government “should take appropriate action.”

So, where is the Justice Department?  And why is Attorney General Merrick Garland missing in action?

He was quick to condemn parents who showed up at school board meetings, the appropriate forum, to protest the radical policies being pushed by some board members.

But the best he can do here is a milquetoast statement that he “continues to be briefed on security matters related to the Supreme Court and Supreme Court justices,” and that he directed the U.S. Marshals Service to help ensure the justices’ safety.

In the words of President Joe Biden, “C’mon, man!”  That’s not nearly enough.

He needs to issue a statement that those breaking the law will be prosecuted and held accountable for their actions—and then follow through.

The rule of law depends on it.

Have an opinion about this article? To sound off, please email letters@DailySignal.com and we’ll consider publishing your edited remarks in our regular “We Hear You” feature. Remember to include the url or headline of the article plus your name and town and/or state.