Rays’ Francisco Meija strikes out on pitch that hits him 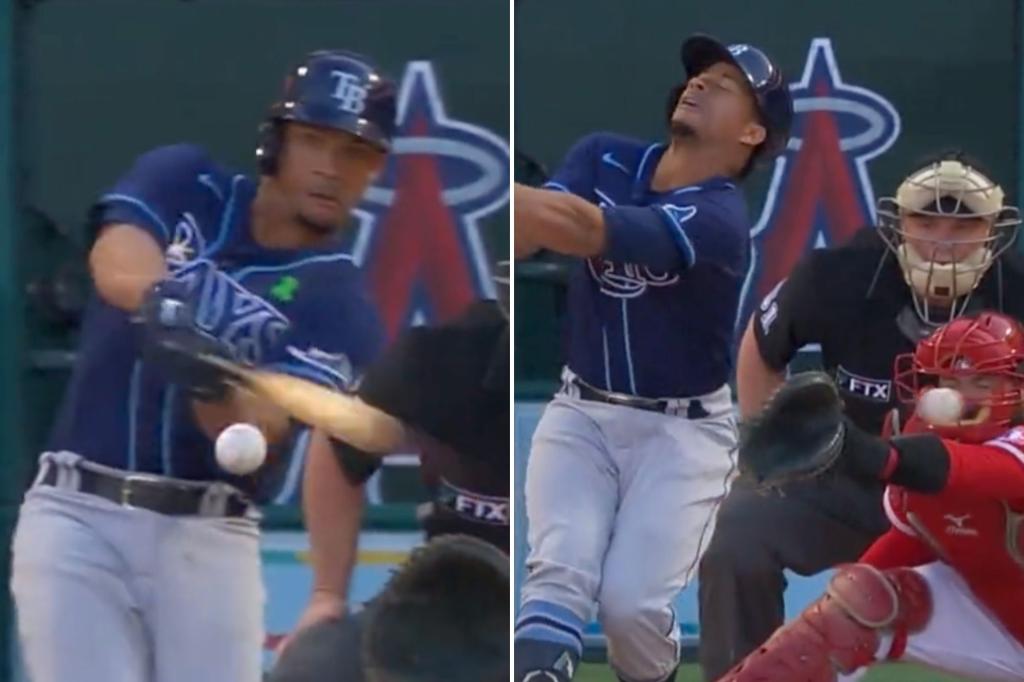 This is one of the worst strikeouts you’ll ever see on a baseball field.

Facing a 1-2 pitch in the seventh inning against Angels pitcher Jimmy Herget, Rays catcher Francisco Meija swung and missed a slider for strike three. Having committed to the swing well before the slider started to cut, the pitch ended up being so far out of the zone that it hit him as he swung – causing him to wince in agony as he was retired for the first out of the inning.

The end result was one that is likely to go on the season-long blooper reel for MLB.

The Rays held a 1-0 lead at the time of the strikeout, and increased their lead to 2-0 in the top of the eighth on an RBI groundout. However, Angels outfielder Taylor Ward hit a two-run homer in the bottom of the eighth to tie the game.

After going to extra innings, the Rays got two runs in the top of the tenth to take a 4-2 lead that they would not relinquish.