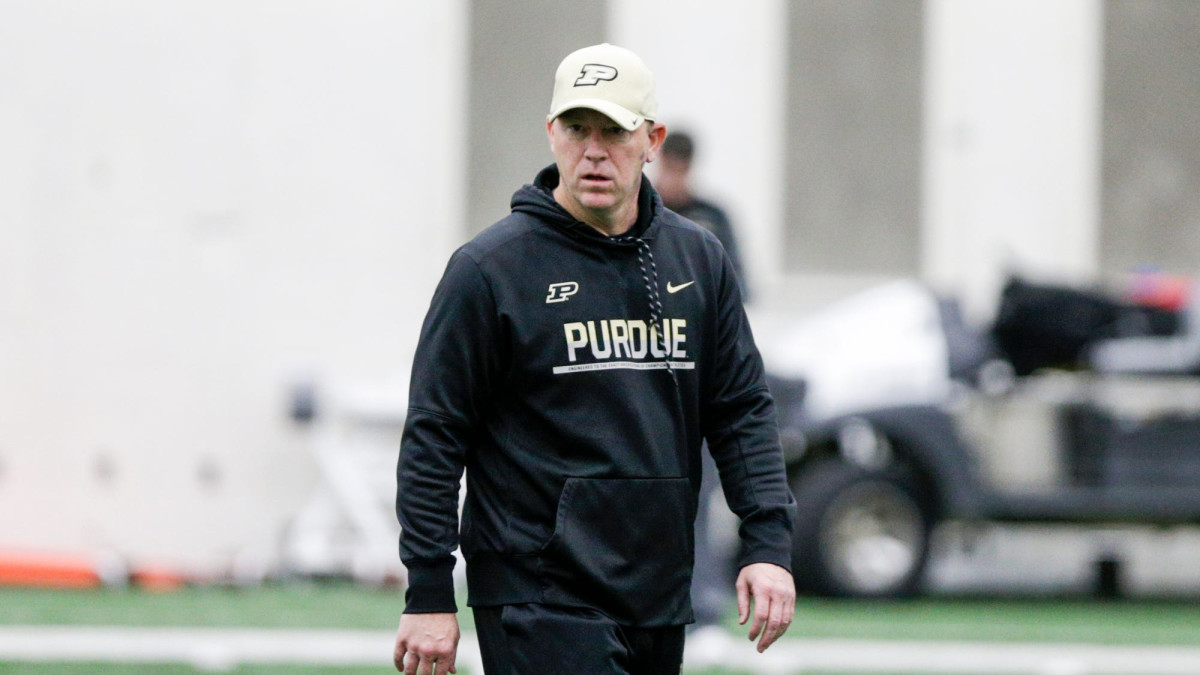 Former Louisville quarterback and current Purdue coach Jeff Brohm is preparing to enter his sixth season at the helm with the Boilermakers this fall, but that hasn’t stopped reporters from asking him about the potential for him to return to his alma mater in the future as a head coach.

When Louisville fired Bobby Petrino in 2018, Brohm was considered a leading candidate for the position. However, after much deliberation, Brohm elected to return to Purdue, where he has remained ever since.

The loyalty that Brohm showed Purdue surprised many, as most coaches jump at the chance to return to their alma mater to leave the program. While that’s something that Brohm certainly considered, he didn’t feel that the time was right to make the move back in 2018.

“You know what … after being at Purdue two years when it came open, that was a tough call. Tough call. To be quite honest, through my schooling and how I was raised, I believe in at least trying to do the right thing and having morals and values. It was just too early to leave [Purdue] then. It just wasn’t right. You build relationships. People treat you right. The people there have treated me great. You talk to recruits and they asked me things. Just a lot of things went into it,” Brohm continued.

Brohm certainly didn’t shut the door on the potential to return to Louisville in the future.

“But obviously, now we’re on year six. I love this town, this area. I’m an alumnus of Louisville. So anything can happen in the future,” Brohm said.

The potential for the Cardinals job to open continues to increase as current coach Scott Satterfield continues to search for answers after being named ACC coach of the year in his first season with the program in 2019. Since then, the Cardinals have lost 14 of their last 24 games.

The seat is getting hot for Satterfield at Louisville, which could reignite the rumors once again of Brohm becoming the next football coach for the Cardinals.