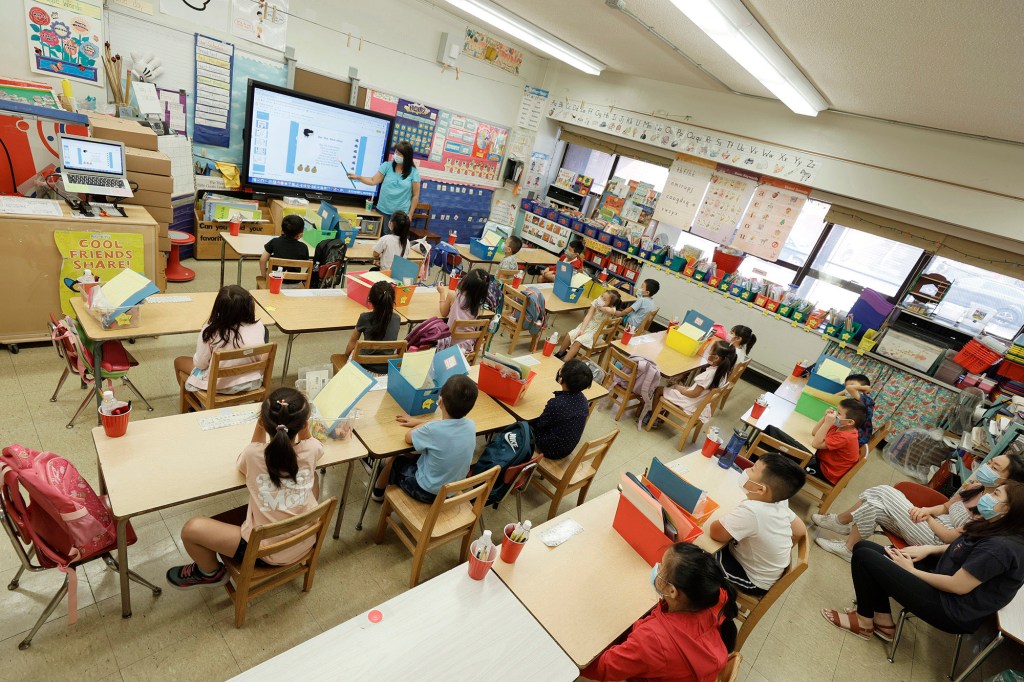 All Big Apple public school students will be evaluated for dyslexia as part of a broader effort to boost resources for children with the learning disability, Mayor Eric Adams vowed Thursday.

“We are going to have the largest, most comprehensive approach to supporting students with dyslexia in the country,” Adams — who has said he didn’t realize he had dyslexia until after struggling in high school — said at a press conference in Upper Manhattan’s P.S. 125.

“For the first time, we’re going to screen all New York City school students for dyslexia and give them the support they need to succeed.”

Adams, who pushed for dyslexia screening during the mayoral primary, has frequently pointed to high rates of dyslexia in the city’s jail population to argue that better education policies can improve public safety.

The effort to get all students screened will start with a pilot program and grow from there over the next few years, he said.

In the fall, the Department of Education will launch two programs in public schools in which 80 elementary schools and 80 middle schools in the five boroughs will receive training on how to identify students at risk for dyslexia, city officials said Thursday. Each student will undergo a brief literacy screening as part of the pilot program at the schools, according to City Hall.

By September 2023, Adams announced, the Department of Education will offer at least one school in every borough that is “tailored for dyslexic students.”

The Adams administration also pledged that by April next year, all teachers in kindergarten through 12th grade will take a two-hour introductory training on dyslexia education.

“This is a long-term commitment,” said Schools Chancellor David Banks at the news conference. “For the first time, New York City public school students will be able to receive specialized instruction without leaving their neighborhood. This is just the beginning. We are committed to supporting all of our students.”

It also comes as education advocates and public school families have recently sounded the alarm that schools have fallen short of teaching students to read.