Enormous Sinkhole With Ancient Forest Inside Discovered in China 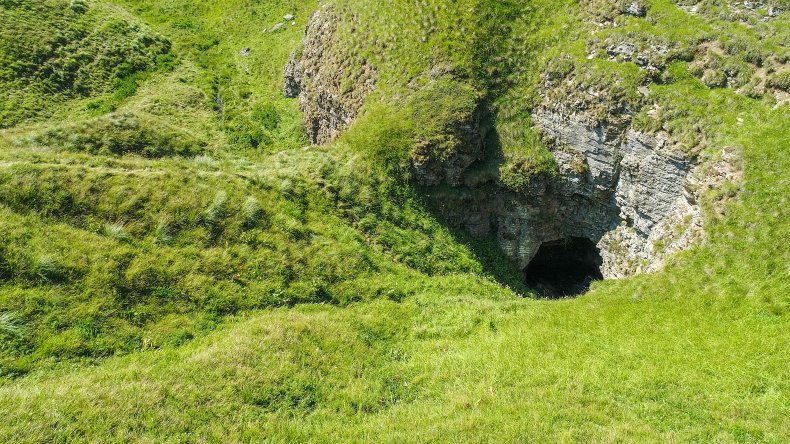 An enormous sinkhole with an ancient forest inside has been discovered by cave explorers in China.

The sinkhole in Leye County, in the Guangxi Zhuang Autonomous Region, is 630 feet deep and home to primitive trees that are growing as tall as 131 feet, the Xinhua news agency reported.

The hole appears to be a paradise for an abundant array of fauna. Zhang Yuanhai, senior engineer at the Institute of Karst Geology of China Geological Survey, told the news agency that there are also three caves within the hole, which are likely clues into the sinkhole’s early evolution.

The enormous sinkhole’s interior is about 1,004 feet long and 492 feet wide, Xinhua reported.

Some of the plants growing in the forest can reach a person’s shoulders, leader of the expedition team Chen Lixin told Xinhua.

The hole could even be home to species that science has not recorded yet. Chen told Live Science that he “wouldn’t be surprised” to discover new species within the hole.

Cave researchers abseiled all the way to the bottom of the hole during the expedition and returned on May 6.

It brings the number of recorded sinkholes in the region to 30. Sinkholes in the Guangxi Zhuang Autonomous Region are particularly common. The rock below the surface of the land is prone to becoming naturally dissolved by acid rain. Over time, it causes a chasm within the earth and eventually causes the surface to fall through, creating the sinkhole.

While sinkholes can form in all areas with karst topography—a type of landscape where sinkholes commonly form—this area of China is known for its sinkholes that reach enormous depths, with gigantic entrances. In other parts of the world, sinkholes may be smaller and unnoticeable.

“In China you have this incredibly visually spectacular karst with enormous sinkholes and giant cave entrances and so forth,” Veni told LiveScience. “In other parts of the world you walk out on the karst and you really don’t notice anything.”

The most common areas for large sinkholes are China, Mexico and Papua New Guinea, according to Xinhua.

The same researchers have discovered other enormous sinkholes in the area.

In 2019, they discovered a cluster of 19 sinkholes located in the same region, China Daily reported.

The sinkholes were all connected by an unground cave system and river, the news outlet reported. It was one of the largest sinkhole clusters ever found in this region.