Crowd Stops Out of Control Car After Driver Suffers Seizure 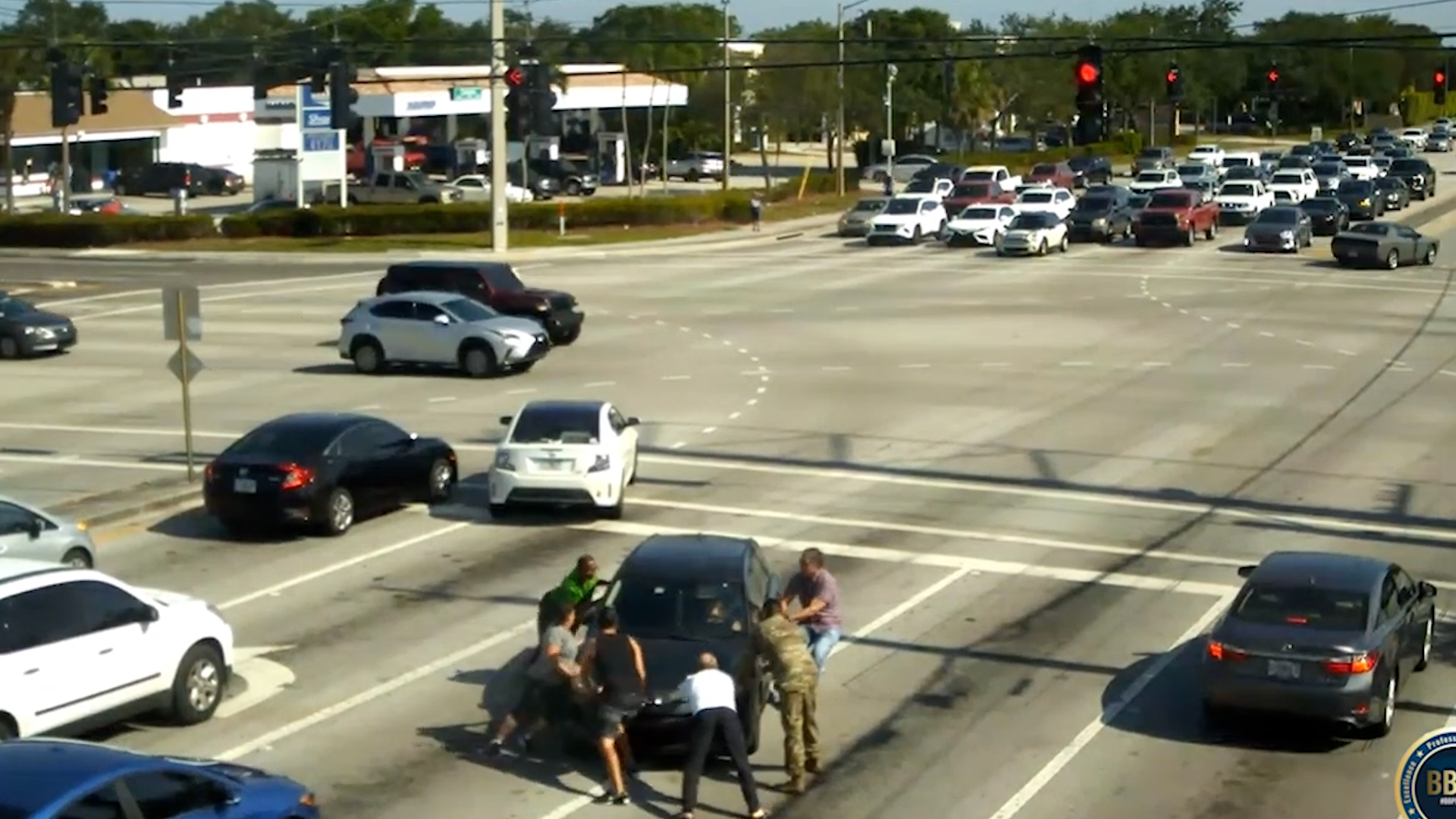 A video of a group of motorists saving a woman’s life as she was convulsing while driving has gone viral on social media.

The video was initially shared by the Boynton Beach Police Department on its Twitter page on Wednesday, although the incident happened on May 5.

The woman, later identified as Laurie Rabyor, said she was having convulsions behind the wheel after feeling dizzy while driving. She spoke to local media and thanked the strangers that helped her during her “medical episode” and saved her life.

Rabyor’s co-worker spotted her in the car and knew something wasn’t right as her vehicle began to slowly move into the intersection of Congress Avenue, Boynton Beach, Florida.

The video was shared by the WPBF 25 News Twitter page as well, and quickly went viral on Twitter and has been viewed over 4.4 million times.

In the Boynton Beach Police Department tweet, they also asked for the strangers who helped to come forward.

“Watch as a group of Good Samaritans spring into action to help a woman who suffered a medical episode while driving on Woolbright Road,” the Boynton Beach Police Department tweet said.

“We want to reunite them with the woman whose life they saved. If you know them, email.”

In a follow-up tweet, the police department said they had got in touch with the several motorists that helped and would be coordinating together to ensure they could meet the woman they saved.

In the video, Raybor’s co-worker can be seen attempting to slow down the car herself while also trying to get the attention of other drivers.

As the car crossed the intersection other motorists can be seen getting out of their vehicles to attempt to stop the car from continuing to go forward.

When the vehicle is brought to a standstill, the “Good Samaritans” attempt to smash open a window in order to get to Raybor and check on her condition. One of the helping women hands a man a dumbbell and it is used to smash one of the car windows, allowing them access to Raybor.

Raybor also spoke to CBS12 and gave more details about what happened that caused her to be unresponsive behind the wheel.

“My daughters are so grateful. I would also like to give the lady her dumbbell because it was still in my car,” Raybor said while laughing.

Raybor had become unresponsive at the wheel after taking high blood pressure pills as well as fasting ahead of a medical procedure.

“When I started to pull in was when I went out and started to convulse and hit the curb. I didn’t wake up until the next day,” Raybor continued.

“Thank you so much. I don’t know how to thank you. I wish I was a millionaire so I could buy you all a boat.”

She also said she was aware of some of the comments from those who had seen the video and said it was good that people in the community could come together.

PrevPreviousWill Apple put satellite connectivity in its next iPhone? — Space Business — Quartz
NextUK warns ‘no choice but to act’ to change Brexit dealNext