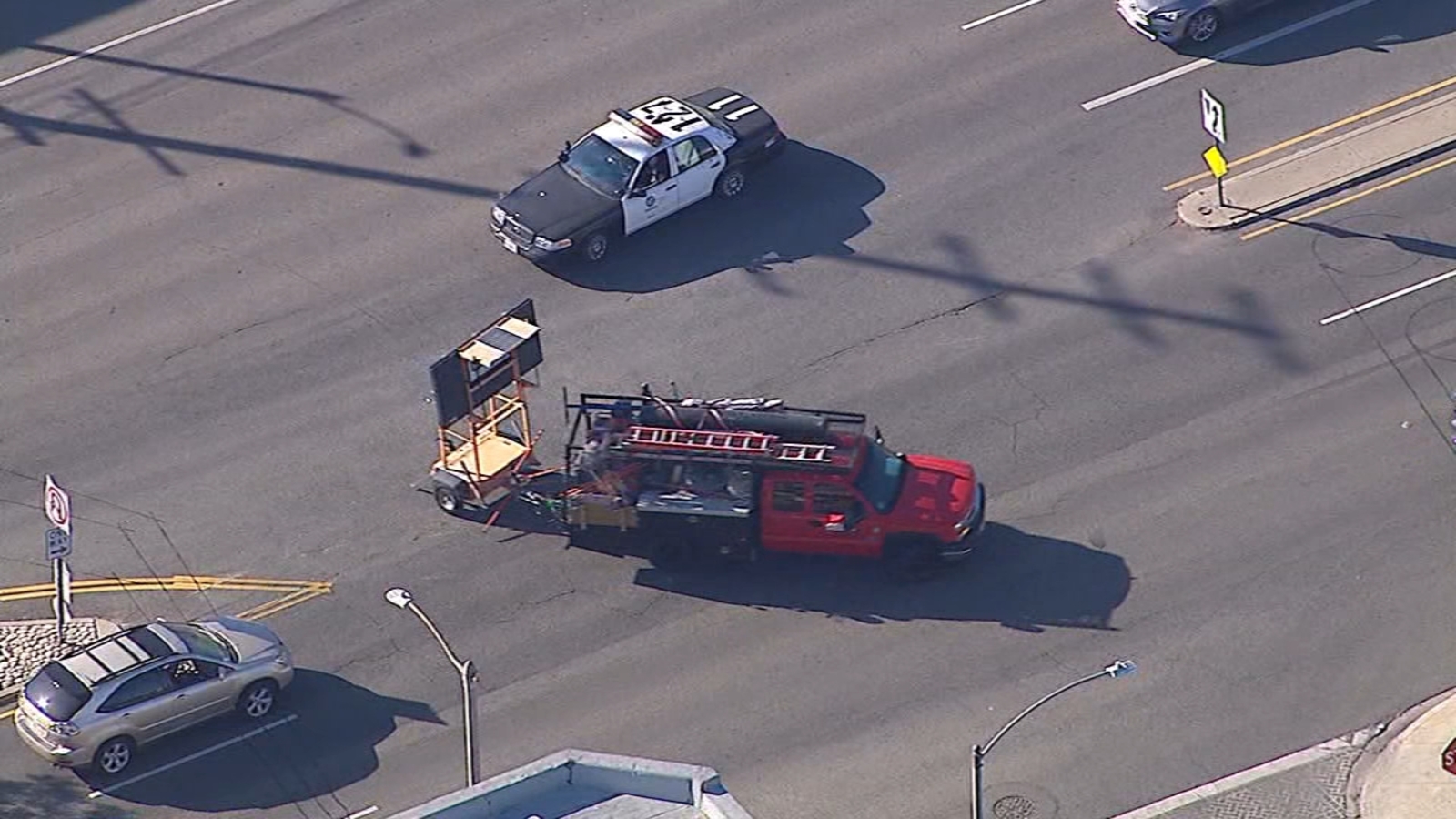 LOS ANGELES (KABC) — Police chased a suspect who was driving a reported stolen truck through the streets of Los Angeles Wednesday afternoon.

AIR7 HD was over the chase around 5:20 p.m. as police were in pursuit of the red truck, which was hauling a small trailer.

During the course of the pursuit, the suspect would drive around stopped cars on surface streets.

Police were still chasing the driver in Highland Park as of 5:50 p.m.

The chase later ended in the Lincoln Heights are after the suspect hit some parked cars.

The driver was taken into custody and was also transported to a hospital to be checked out for any injuries.