What College Students Think About Abortion 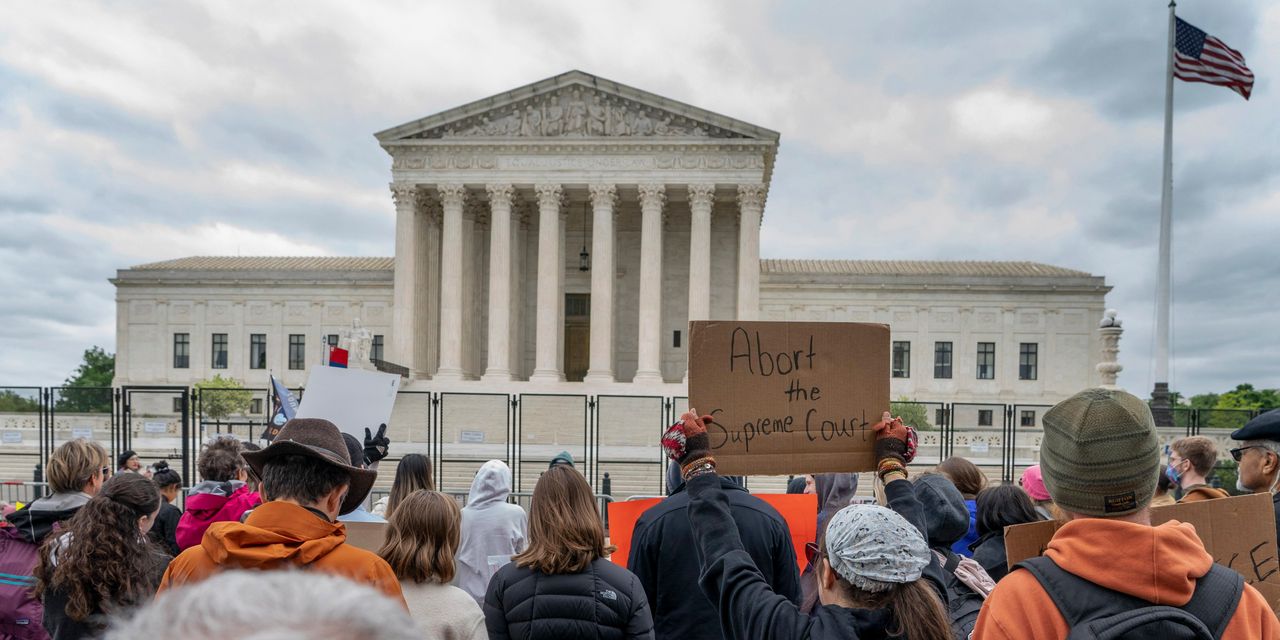 Editor’s note: In this Future View, students discuss abortion. Next week we’ll ask, “The mental-health problems—and even rising suicide rates—of young people over the past decade are worrying. Are these problems caused by the dissociation of social media? Anxiety from the economic conditions and the pandemic? The fading sense of purpose in human life?” Students should click here to submit opinions of fewer than 250 words before May 17. The best responses will be published that night.

The Supreme Court should overturn Roe v. Wade and let the American people decide the matter of abortion. Justice

legal arguments in the draft decision are sound and laudable. He correctly recognizes that defending Roe based on adhering to precedent is untenable. Not only did Roe itself defy precedent with shameless audacity, but like Plessy v. Ferguson, the decision was “egregiously wrong from the start.” Roe’s constitutionality has been flimsy at best and inflamingly divisive at worse.

Unfortunately, President Biden has attacked the leaked draft, characterizing it as a “radical decision.” Such so-called radicalism, however, is exactly what is needed from the court. Only the court can conclusively bookend the contentious jurisprudential chapter Roe inaugurated in 1973. The court’s apparent willingness to surrender a measure of power in the interest of constitutional principle is encouraging. Such a step would help it to “survive the stench,” to use Justice

No serious person expects a reversal to settle the matter immediately. But reversing Roe will create space for all Americans to decide democratically how to meet the needs of vulnerable women and unborn children. Restoring to voters their lawful right to choose a solution would be wise, just and in its own way extremely pro-choice.

Keep a Woman’s Right to Choose

Justice Alito’s draft of a decision in Dobbs v. Jackson Women’s Health Organization demonstrates the danger of constitutional originalism in our ever-changing society. Originalists examine the intent of the Constitution and surrounding historical evidence from the period. Originalism is often praised for its grounded basis and limitation on judicial power. Our nation’s highest court is governed by nine unelected, life-serving justices, so any incentive for judicial restraint is laudable.

Overturning Roe on originalist grounds, however, would have serious implications for our society. If a decades-old precedent can be overturned by originalist arguments, others could be too. How are we supposed to know which rights we can depend on? And how are we supposed to believe in the legitimacy of our judicial system if trail-blazing cases can simply be overturned half a century later?

This decision would weaken the importance of precedent and thereby create distrust in our judicial system, which violates the essence of originalism on which this decision itself is based. Fundamental rights cannot be left to states and must be protected by the Supreme Court. A living constitutionalist interpretation, such as the one Justice

advances, marries the good aspects of originalism with a proper respect for current social mores. From this understanding, the Constitution actually protects women’s right to choose. We must urge the court to respect precedent and approach this case using living constitutionalism to conserve this indispensable right and retain public trust in our judiciary.

Leave It to the States

In Amanda Ripley’s book “High Conflict,” she lays forth the principle that although conflict can be beneficial, there comes a point when healthy conflict becomes high conflict. In this stage, we are confident that our position is correct, the other position immoral, even evil, and those who agree with us are good, and those who don’t are bad.

Much of domestic politics is currently in high conflict, and the Supreme Court’s returning the question of abortion to the states is an opportunity to interrupt that pattern.

Liberals and conservatives both ascribe the worst possible intent to each other’s motives, with the left confident the right wants to bring about the dystopia of Margaret Atwood’s “The Handmaid’s Tale,” and the right confident the left holds no value for human life. In reality, conservatives place a premium on the potential life, and liberals place higher value on individual autonomy.

These discussions are best left to the states, where policy makers and citizens can engage in discourse and persuasion to find what each state values more. The legislature—not the judiciary—is the proper place for democratic debate to be had. This is, after all, the purpose of our federalist system, and will surely enable our high conflict to devolve into a more healthy one.

Those against the overturn often cite the regression of women’s rights, but a reversal of Roe will also weaken the judicial branch. The Roe v. Wade decision, strengthened in 1992 with Planned Parenthood v. Casey, provides the Supreme Court with the important framework to defend women’s reproductive rights. According to a recent ABC poll, a majority of Americans continue to support upholding Roe. There is no clear shift in social conditions that demand a reconsideration of the 50-year-old precedent.

Past decisions should get overturned only when there is a significant shift in public sentiment. The most famous example of a precedent being overturned is the 1954 Brown v. Board of Education decision, in which the court, emboldened by the civil-rights movement, reversed Plessy v. Ferguson to establish a constitutional mandate for desegregation.

America has been subjected to unprecedented politicization in recent years, and overturning Roe will worsen this crisis and put the court’s legitimacy into question.

Abortion has long been divisive, but I believe that all Americans should be proud of this draft opinion. It redresses a gross abuse of power by the judiciary.

The creation of the Constitution accomplished two main tasks: It established a strong federal authority with the ability to carry out essential functions, while preventing tyrannical rule by protecting personal liberty and states’ rights. Federalism is a key part of this system, distributing power to limit its excesses. The 10th Amendment sets its guidelines by reserving powers not delegated in the Constitution to the states and the people.

Whether or not one believes there is an inherent right to privacy, it is an indisputable fact that the word “abortion” is nowhere in the Constitution. The 10th Amendment therefore dictates that abortion law should be returned to the states.

In 1803, the case of Marbury v. Madison established that the practice of judicial review would be the main function of the Supreme Court. Over time, the court has become politicized, with judicial activists governing from the bench. Abortion is a central example.

This leaked draft opinion is a victory over judicial activism and federal overreach. Policy making belongs in the legislature, not the courts. This ruling will promote democracy, empower the American people and uphold the integrity of the Constitution.

Overturning Roe Is Only the First Step

The new frontier for the pro-life movement will likely be a state-by-state battle to outlaw abortion. This is a welcome change from the status quo, as the 1973 ruling in Roe v. Wade was a result of bare judicial activism. By sending the debate back to the legislative branch where it belongs, the Supreme Court has brought the abortion issue back in line with the Constitution.

But this is the wrong reason to be happy about Roe’s demise. Americans should celebrate sending Roe to the ash heap of history because it is the first step in restoring to the unborn their God-given right to life. Subjecting the natural rights of anyone, including unborn children, to the fickle whims of majorities runs contrary to the founding ideals of our country.

Our form of government must navigate the difficult tension between democracy, the idea that governments derive their power from the consent of the governed, and liberalism, the idea that the governed have certain unalienable rights. While it is important that the government answer to the people, there are certain things that must not be put up for a vote. If 51%, 75% or even 99% of people in a territory believe that a minority is unworthy of life or liberty, that does not mean that minority should be denied those rights.

This principle must guide the abortion debate once Roe is overturned: Unborn babies have a right to life, and the beliefs of voters in a state do not take that away.

Click here to submit a response to next week’s Future View.