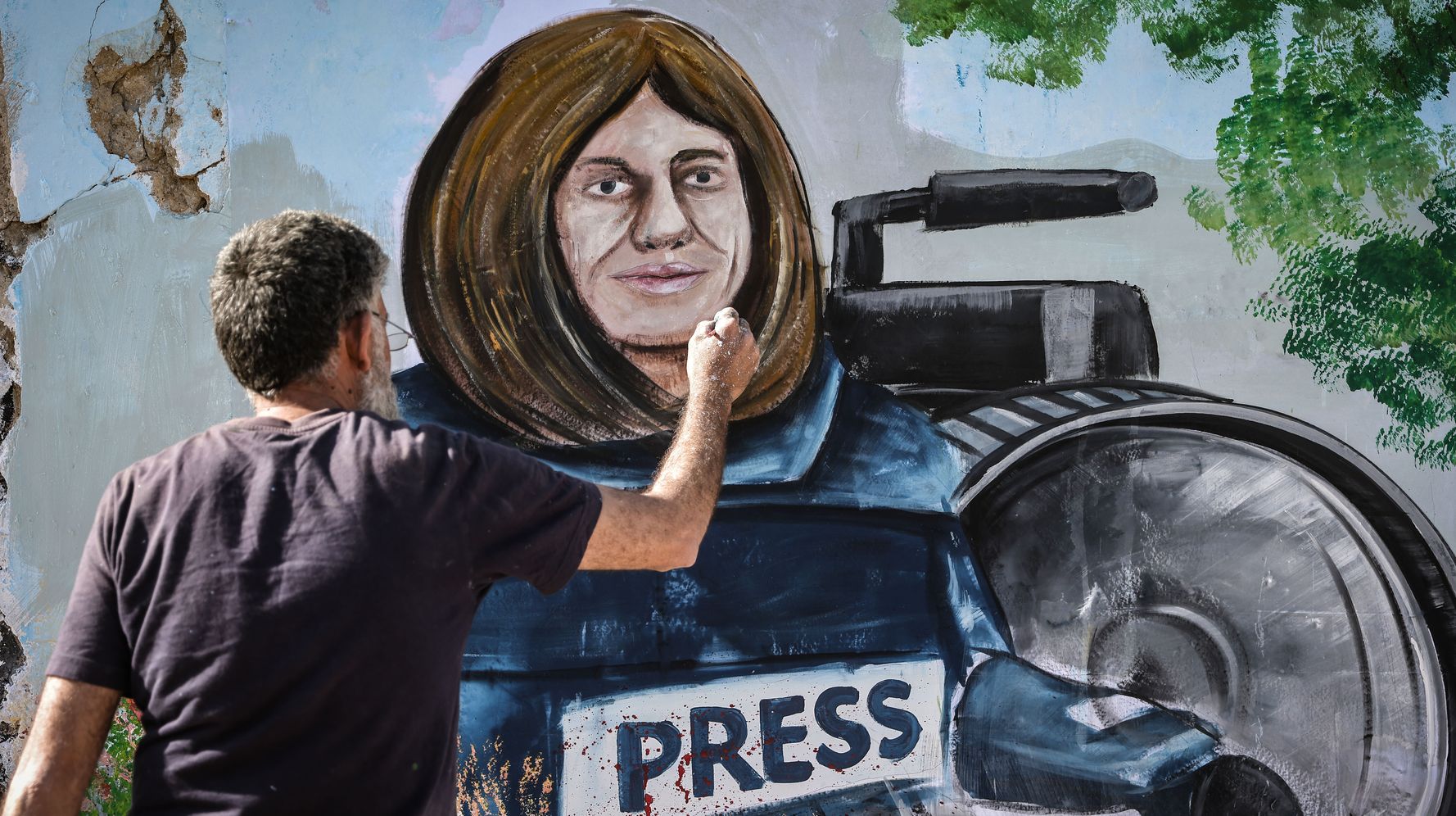 The U.S. State Department spoke out against the killing earlier Wednesday of veteran Al Jazeera journalist Shireen Abu Akleh, who was covering an Isreali military raid in the occupied West Bank when she was shot in the head and her colleague was wounded.

The Qatar-based network and the wounded producer in the incident, Ali Samoudi, both say that Israeli forces were behind the murder of 51-year-old Abu Akleh, a Palestinian and U.S. citizen who has covered the Israeli occupation for decades before she was killed on the outskirts of the Jenin refugee camp while wearing protective gear that identified her as press.

“We are heartbroken by and strongly condemn the killing of American journalist Shireen Abu Akleh in the West Bank,” spokesman Ned Price tweeted. “The investigation must be immediate and thorough and those responsible must be held accountable. Her death is an affront to media freedom everywhere.”

We are heartbroken by and strongly condemn the killing of American journalist Shireen Abu Akleh in the West Bank. The investigation must be immediate and thorough and those responsible must be held accountable. Her death is an affront to media freedom everywhere.

The investigation Price referred to, however, is by the Israeli military, which Al Jazeera has said is responsible for killing Abu Akleh. Army chief Lt. Gen. Aviv Kochavi said a special team has been formed to investigate the matter, after he walked back a previous claim that the journalist may have been killed by stray fire by Palestinian militants.

“At this stage, we cannot determine by whose fire she was harmed and we regret her death,” Kochavi said.

Palestinian journalists who were with Abu Akleh at the time of the shooting also said that they made their presence known to Israeli soldiers, and that they saw no militants in the area, according to The Associated Press.

Al Jazeera, which has long had strained relations with Israel for reporting on its military occupation of Palestinians, called on the international community to “condemn and hold the Israeli occupation forces accountable for deliberately targeting and killing our colleague.

“We pledge to prosecute the perpetrators legally, no matter how hard they try to cover up their crime, and bring them to justice,” the outlet said.

Abu Akleh’s death sent shockwaves throughout the Middle East and greater international community, as the widely respected veteran reporter born in Jerusalem was known for reporting on the harsh realities of Israeli apartheid against Palestinians.

“When will the world and those who stand by Apartheid Israel that continues to murder, torture and commit war crimes finally say: ‘Enough’?” Rep. Rashida Tlaib (D-Mich.), the only Palestinian American member of Congress, tweeted Wednesday. “Shireen Abu Akleh was murdered by a government that receives unconditional funding by our country with zero accountability.”

When will the world and those who stand by Apartheid Israel that continues to murder, torture and commit war crimes finally say: “Enough”?

Shireen Abu Akleh was murdered by a government that receives unconditional funding by our country with zero accountability. https://t.co/c2yLpM7UC1

Tlaib demanded President Joe Biden speak out against Abu Akleh’s killing, recalling his recent speech at the White House Correspondents’ Dinner where he said journalists are the “guardians of the truth” and spoke of honoring “journalists killed, missing, imprisoned, detained, and tortured; covering war, exposing corruption, and holding leaders accountable.”

“An American journalist clearly marked with press credentials was murdered. Doing and saying nothing just enables more killings,” Tlaib tweeted. “Whether you’re Palestinian, American, or not, being killed with U.S. funding must stop.”

The State Department’s remarks about Abu Akleh’s murder are a stark difference from the department’s comments about journalists who were similarly killed in Ukraine. The U.S. government, which still considers Israel an ally despite multiple human rights reports concluding it engages in apartheid, was more direct in placing blame on the Russian government for deaths in Ukraine than it was for Israel’s involvement in Abu Akleh’s death.

“We are horrified that journalists and filmmakers — noncombatants — have been killed and injured in Ukraine by Kremlin forces,” Price tweeted on March 13. “We extend condolences to all those affected by this horrific violence. This is yet another gruesome example of the Kremlin’s indiscriminate actions.”