Rage Against the Dying of the Light – PJ Media 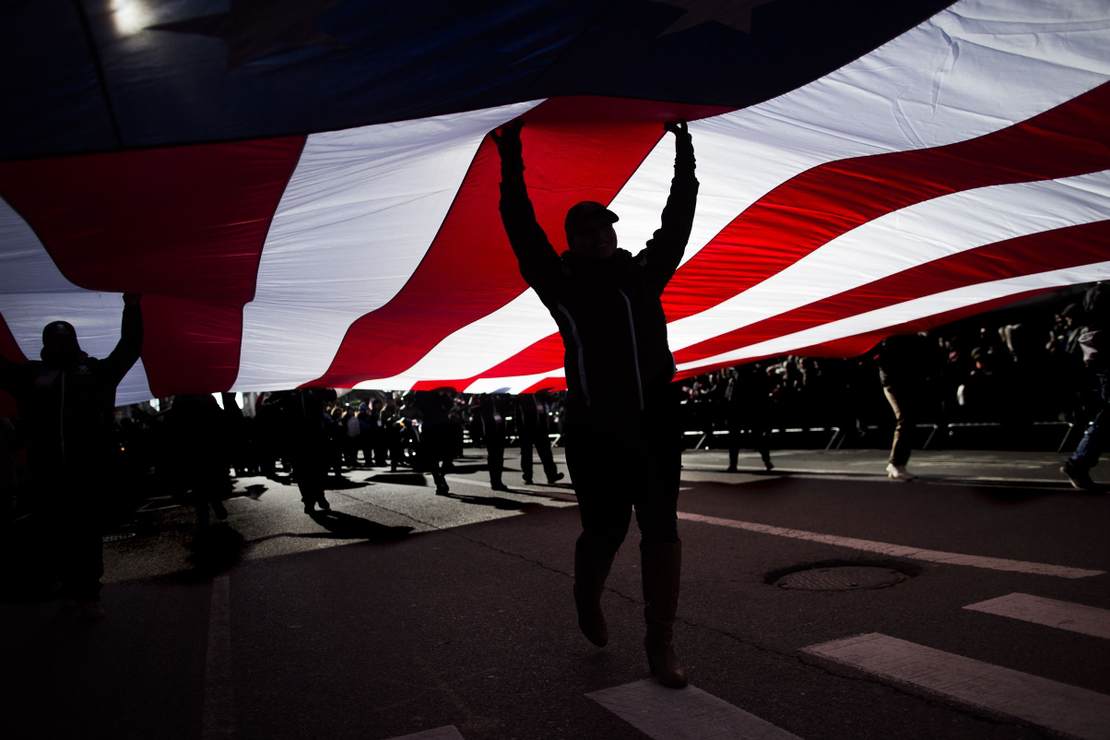 One of the advantages of working from home is that I can play a little loose with my hours at times. And since I start work at 7:00 in the morning, I’m out in time to run errands that most of the nine-to-five set doesn’t have time to do. So my big idea tonight was to smoke some short ribs. I swung by the local grocery store for the ribs et al. I was headed up to the store from the parking lot and at the entrance was an older man in fatigues. Maybe he was a Vietnam vet, but he was accepting donations for homeless veterans. I emptied my wallet, but that was precious little since very few people carry cash anymore, myself included. We shot the breeze a little bit and talked about the weather as I stuffed some bills into an old ammo box that had been converted for donations. I looked at the old man shivering in the unseasonably cool temps, with a Diet Coke and American flag at his side, and asked him if he needed anything. He said he was good, but I still opted to take a few extra bucks out when I paid for my stuff and shove them in the box.


I wondered as I drove home why our government can twist itself into no end of contortions for illegal immigrants and outright criminals, and a man who should be at home watching the Golf Channel has to sit outside the grocery store and ask people for donations. And yes, I know the answer. The Democrats and more than a few Republicans are content that they have their investments and pensions, and knowing that want and desperation will never reach their doors they can send young people into the streets to act like the beast-men in The Island of Doctor Moreau and wreak havoc without even fully knowing the reason for their all-to-violent hissy fits. Of course, you and I both know the answer.

As one of those awful, hetero-normative, cis-gendered white men whose DNA goes straight back to western Europe (sorry, Elizabeth Warren, we can’t all be 1/1000 possible Cherokee), I have a taste for Scottish and Celtic music and yes, God help me, sea chanteys. As I drove home, I kept thinking of a song that is apparently a variation on an old folk tune:

(originally by The Dreadnoughts)

A recruiting sergeant came our way

From an inn near town at the close of day

He said my Johnny you’re a fine young man

Would you like to march along behind a military band

With a scarlet coat and a fine cocked hat

And a musket at your shoulder

The shilling he took and he kissed the book


Well the sun rose high on a barren land

Where the thin red line made a military stand

There was sling shot, chain shot, grapeshot too

Swords and bayonets thrusting through

Poor Johnny fell but the day was won

And the King is grateful to ya

But your soldiering’s done and they’re sending you home

They said he was a hero and not to grieve

For the two ruined legs and the empty sleeve

They took him home and they set him down

With a military pension and a medal from the crown

The enemy nearly slew ya

You’ll have to go out on the streets to beg

I think of men and women who did what was asked of them, and in many cases did more than was required, only to be abandoned in favor of those whose only response to the largesse granted them is to whine for more favors.

As Matt Walsh pointed out in his Tuesday podcast, we have people whining about their student loan debt for which they gleefully signed to pursue a degree in Lesbian Cross-Cultural Subterranean Dance Theory, while a shortage of baby formula is erupting across the nation. Babies are starving, and the response of the next generation is to say “pay more attention to me.”

And while this keening is going on along with the narcissists thinking they are “being the change” by harassing Supreme Court judges, veterans have to organize among themselves to get their brothers and sisters off the street.


On one hand, the grassroots effort is a noble gesture. On the other hand, it is sickening that this should even be an issue.

In all honesty, someone, somewhere tell me when was the last time anyone saw any of these social justice warriors organizing a food or coat drive or even picking up a piece of trash? Anyone? Anyone? Didn’t think so. If there has ever been a more useless class of people, not counting pop singers and movie stars, I would love to hear who it is. These overgrown toddlers do nothing, contribute nothing and create nothing beyond videos of their tantrums and their incessant griping about how mentally ill and oppressed they think they are. Their only value is in their ability to carry water and caterwauler for people who don’t even know their names. Since when have whining and self-obsession become virtues? Take away the signs, the face paint and the screaming, and what is left? Nothing. They are but witless kabuki actors in pasteboard masks doing the bidding of the parasitic class in Washington and its bureaucratic leeches. Despite their bluster, you have nothing to fear from these hyenas.

In the meantime, give to veterans’ groups. Donate to your local pregnancy crisis center. Host food drives and coat drives, and by all means, speak out. And speak loudly. We lionize men like Washington, Patton, Montgomery, Churchill, Bonhoeffer and Eisenhower while forgetting the nameless masses who agreed to take up the banner and fight alongside them. Your favorite website or show host can only do so much. Ultimately, you will decide if we keep our republic.

Do not go gentle into that good night,

Old age should burn and rave at close of day;

Rage, rage against the dying of the light.