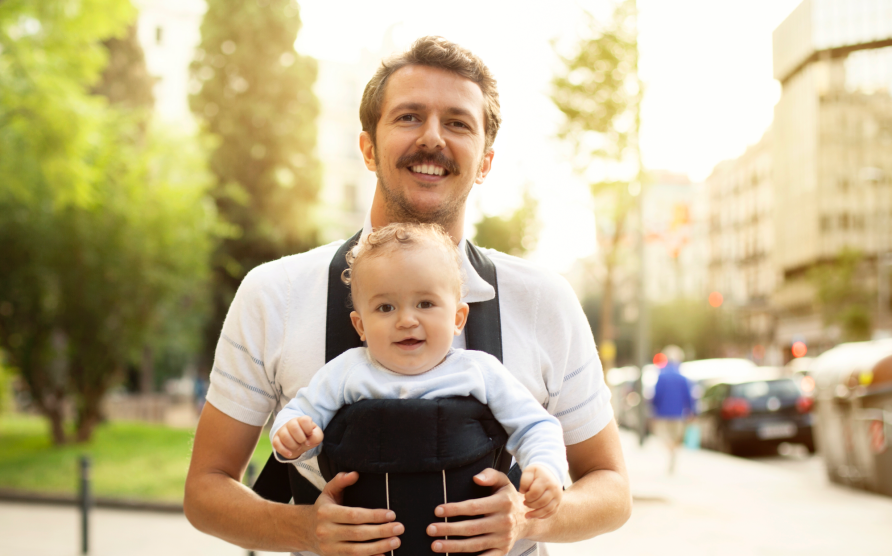 Since I published my thoughts on the nationwide baby formula shortage, dozens of women have replied to share their struggles, many expressing deep frustration over the lack of attention the crisis has received. I’ve been moved by these anecdotes, and also genuinely appreciative of those who admitted to not having known about the shortage until this week. It turns out most of Congress, the people who should know better, hadn’t heard of it either.

Men have also offered solutions. A few appeared kind and sympathetic in their curiosity over whether I had tried this or that. But far more comments featured snark that smacked of ignorance on how to keep a baby alive for more than a handful of hours at a time. That’s on top of the angry tweets I received over daring to ask what more the Biden administration could do to alleviate the crisis. While I’m not sure what to tell people who apparently have more concern for the feelings of the man in the White House than the countless families struggling amid a crisis, I can outline three of the biggest misconceptions that have come my way:

A popular suggestion in the wake of the formula shortage has been to simply readjust one’s preferred brand. But any caretaker of a newborn will know, with searing intimacy, that switching formula risks introducing a host of side effects ranging from increased fussiness to serious digestive issues like bloody stools and severe constipation—particularly if your young one has underlying health issues that require specialized formulas. I experienced this firsthand when my son was first learning to fart, maybe a month or two into an already exhausting breastfeeding journey. The piercing screams as Owen tried to pass gas—which came suddenly and always at 2 in the morning—will never leave me. At first, I attempted to eliminate dairy from my diet out of fear that the breastmilk, already so precious to me, was now a potential culprit. After one harried appointment at the pediatrician’s office, where we were told that this was, unfortunately, par for the course and that we should probably just stick to our routine, my husband and I swiftly ignored that advice. We drove to Target and blindly snatched up any can labeling itself as a tummy salve. But the process of formula experimenting made things infinitely worse, and we soon turned to something called a “gas passer”—a plastic tube we’d stick into the butthole of a furious, wailing baby until, by god’s good grace, a sludge of green to yellow poop barreled into our hands. The screaming would stop—until the next night. Eventually, we returned to our first formula brand.

It’s pretty damning for men to be pushing cow’s milk as a substitute for formula, only to reveal just how removed from the process of caretaking they are.

Why can’t babies just man up and drink normal milk? Any pediatrician will tell you that that’s just wrong; cow’s milk, when introduced before the recommended 12-month mark, can lead to serious issues like intestinal bleeding, and contains far too many proteins and minerals for an infant’s kidneys to manage. Plus, the milk you and I drink doesn’t contain anywhere close to the number of nutrients needed for an infant to thrive. So I was startled at how many, again almost always men, have pointed to cow’s milk as a viable solution for the current shortage. One even proudly shared that his grandmother had fed her seven children goat’s milk, so what’s the problem? It’s pretty damning for men to be pushing cow’s milk as a substitute for formula, only to reveal just how removed from the process of caretaking they are.

So far, I’ve been relatively successful at purchasing our preferred brand of formula on the internet. But that’s far from a guarantee as the shortage gets worse. Nor is it a common, widely shared experience. In fact, since writing on the formula shortage, many have shared their frustrations around getting shipments suddenly canceled, repeatedly pushed back, and left scrambling jumping from chain to chain in order to secure food for their infants. Still, some men seem woefully unaware of these hardships, as well as the fact that the online marketplaces are rife with price-gouging. (Dudes, did you even try buying sanitizer on Amazon in March 2020?) Offering the internet as a kind of obvious solution, as if people with the means hadn’t already thought of that, also willfully ignores whole swaths of the population that simply don’t have the access. Now, imagine with me a world where we saw beyond our individual circumstances. For some of the men hiding in my mentions right now, that seems to be an awfully tall order.

PrevPreviousChild Care Workers and Parents Unite to Demand Livable Wages and Affordable Care
NextScientists Say Earth Has 50-50 Chance of Hitting 1.5°C by 2026Next