Dispatches From the Mariupol Siege 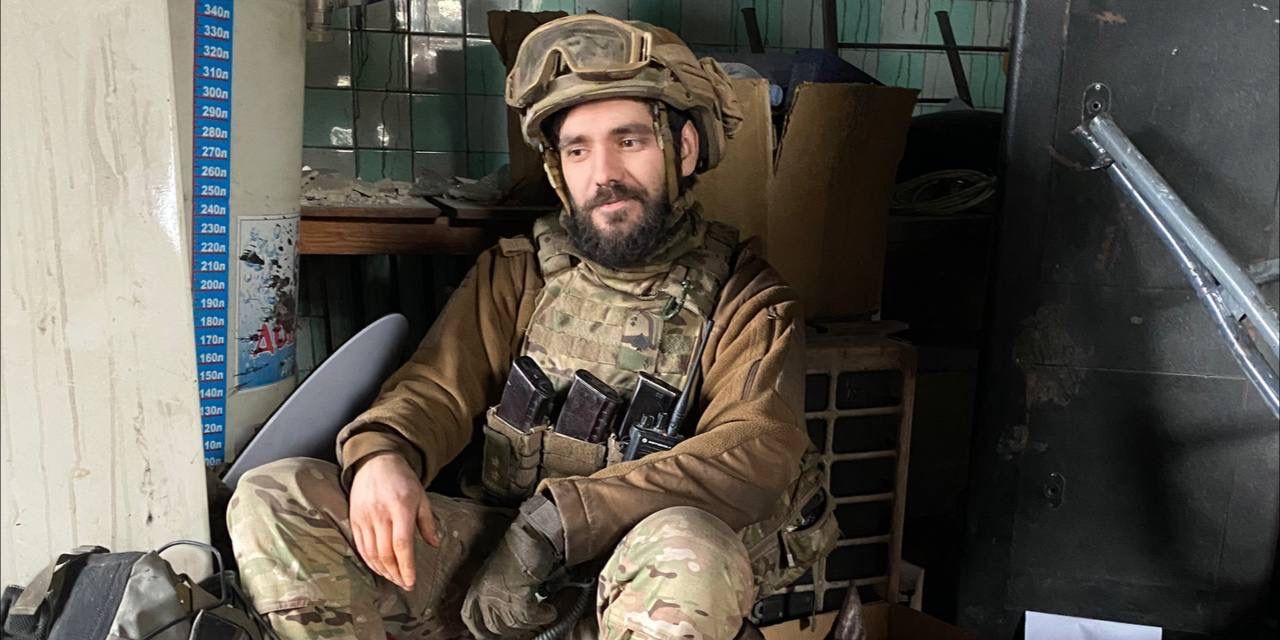 in a helmet and fatigues, looking weary but peaceful. The big-eyed dog that sits beside him in the picture was later “killed by a Russian mine,” he says. “Kids and women are dying. They are being killed and raped. . . . It’s hell in Mariupol. . . . It’s difficult for me to talk about it.”

Mr. Krotevych, 29, is chief of staff of the Azov Regiment, a unit of Ukraine’s National Guard. Since late April he has periodically sent me text messages from the bombed-out southeastern city, which now resembles Grozny or Aleppo. But Mariupol hasn’t entirely fallen. Surrounded and outgunned, Mr. Krotevych and his “brothers in arms,” as he puts it, have refused to surrender.

covets Mariupol for its prime location. Before the war, commodities from eastern and southern Ukraine were shipped to the global market through this port city on the Sea of Azov. A key highway route runs through Mariupol that could link Russian territory with occupied Crimea.

The city has also taken on symbolic significance. “How can the second strongest army in the world not be able to capture a city defended by 2,000 service people for over two months now?” Mr. Krotevych says. “Azov has dealt too heavy a blow to Putin’s ego and, at the same time, showed Ukraine that we can overcome the overwhelming forces of the enemy.”

The Azov Regiment is known for its courage—and controversy. U.S. media has reported that some members espoused neo-Nazi ideology, a claim the Kremlin has taken up. I asked Mr. Krotevych about the unit’s reputation. “Like in other units, including military units of the U.S. army, there are some individuals who hold Nazi views,” he says. But labeling the entire regiment neo-Nazi “is like calling all Americans racist because the KKK exists in the U.S.” He adds that extremists have been “dishonorably discharged without the right to wear the uniform or chevron.”

The regiment is now making its last stand at the Azovstal steel plant in Mariupol. The structure offers significant protection against tank rounds, artillery and aerial bombs; built to handle molten metal, it also has extensive bunkers. “It’s a wonderful place to defend and a very difficult place to take if it’s held by determined defenders, as this one is,” says

director of the Critical Threats Project at the American Enterprise Institute.

The heavy fighting has precluded much of the foreign press from reporting on the ground in Mariupol, and disinformation abounds. To prove his whereabouts and identity, Mr. Krotevych sent me video of himself outside the plant. Ukraine’s Ministry of Internal Affairs reviewed the footage and confirmed it was him. Storyful, a social-media intelligence service owned by

the Journal’s parent company, matched the background in his video with other images of the steel plant.

Conditions there are dire, Mr. Krotevych says. The wounded have been “literally rotting away because of the underground conditions, humidity, and unsanitary conditions,” he said in mid-April. “The injuries are grave: amputated limbs, torn-out muscles, lacerations, serious burns.” He couldn’t comment on remaining food and ammunition supplies, but medications like painkillers are “in critically small amounts.”

Mr. Krotevych also said in late April that more than 300 civilians were taking shelter in the plant, including women, children and a 4-month-old baby. He described how they huddled below ground in terror of the shelling and the prospect that the Russians could use white phosphorus munitions, which can melt flesh and burn to the bone. Since then, many civilians have been evacuated from the plant.

These departures, along with any fatalities among the Ukrainian soldiers, may prolong the siege; food, water and other supplies last longer among the few who remain.

The siege is agonizing for Mr. Krotevych’s parents and his sister, Sandra, 33. “I used to think that in Ukraine, people were valued,” she says. “It’s unprofessional to wait until the military dies because there is a lack of food, water, medicine. That’s what the Ukrainian government is doing now.” She says she feels “very angry with the inaction of our government, and also with the indifference of the world leaders who let it happen.”

Prospects of a negotiated rescue for the soldiers are slim. The Ukrainian fighters’ stand in Mariupol has pinned down Russian troops and prevented them from joining other battles in southern and eastern Ukraine, so there’s a strategic reason for them to remain. Meanwhile, Mr. Putin wants to give the Russian public a flashy military victory in Mariupol and therefore is likely loath to show any mercy to the soldiers there. Even if Kyiv and Moscow could agree on a humanitarian corridor for the soldiers in the steel plant, the troops may not trust it. In an infamous incident in 2014, Russians ambushed and massacred Ukrainian fighters in Ilovaisk after promising them safe passage.

A military rescue appears even less likely. The Russians control large areas around Mariupol, so “that would be a major, major offensive on behalf of the Ukrainian forces” and could come at the expense of other strategic priorities, says

a senior analyst and Russia team lead at the Institute for the Study of War.

“It’s likely that these guys will probably all die, and the only thing that can be said is, I think, Ukrainian children will be memorizing their names for generations,” Mr. Kagan says. “The Russians have given them few choices, because the defenders have no reason to think that if they surrender, the Russians will do anything other than torture and kill them. And in that circumstance, most people will choose to die fighting rather than surrender. I don’t think the Ukrainians will be able to break the encirclement or end the siege before these guys are finally overcome.”

I ask Mr. Krotevych about the bleak outlook. At the steel plant, he says, “our attitude is spirited/spunky, but, unfortunately, after two months of blockade, our fighters are beginning to feel tired.” Later he adds: “I was already sure that I would die a few times, but humor always helped me to endure it calmly. Death will come anyway, but when a warrior dies protecting his country, personally I consider it a worthy death.”

But frustration also comes through in Mr. Krotevych’s messages: “I often don’t understand the worth of the guarantees of security and territorial integrity given, among others, by U.S. President

in the Budapest Memorandum”—the 1994 agreement under which Ukraine gave up its nuclear weapons in exchange for security assurances from the U.S., Britain and Russia. “Otto von Bismarck has said that any treaty with Russia is not worth the paper it is written on, and there are no doubts about that, but can the United States renege on its promises so easily?”

I ask him what he wants readers to understand. “Evil doesn’t understand agreements and negotiations,” he replies. “Evil only understands power. . . . And waiting only causes a lot of innocent human victims.”