As one investigation into faculty member’s SCOTUS tweets drags on, Georgetown wisely avoids opening another 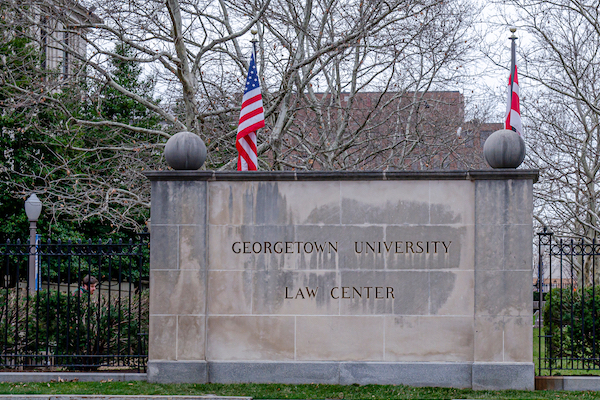 Ninety-nine days ago, Georgetown suspended Ilya Shapiro and launched an investigation of his tweets which expressed opinions plainly protected by Georgetown’s Speech and Expression policy. Now, as the length in days of that unjust investigation nears triple-digits, another Georgetown Law professor has stirred up controversy, also for tweets related to the Supreme Court of the United States. But this time, Georgetown appears to be responding just as it should have in Shapiro’s case: By doing nothing.

Professor Josh Chafetz posted several tweets on May 8 opining on the nature of protests against the Supreme Court that drew the ire of pundits on Twitter — as tweets about heated subjects are wont to do.

Neither professor should be investigated or punished for protected extramural speech.

While his Twitter account is currently set to private, screenshots and cached versions of his tweets show that Chafetz tweeted, “The ‘protest at the Supreme Court, not at the justices’ houses’ line would be more persuasive if the Court hadn’t this week erected fencing to prevent protesters from coming anywhere near it.” The tweet was posted in the wake of protests at the Supreme Court and justices’ homes following the leak of a draft opinion overturning Roe v. Wade and the Supreme Court putting up an 8-foot-tall fence outside the court in response.

Chafetz added, “When the mob is right, some (but not all!) more aggressive tactics are justified,” and later tagged Georgetown Law in a tweet saying that the law school was “not going to fire [him] over a tweet [it doesn’t] like.”

So long as the tweets do not fall into narrow categories of unprotected speech such as true threats, incitement, or defamation — and so long as they don’t constitute unprotected harassment — Georgetown’s free expression policies require that professors not be punished. Georgetown’s policies pledge to extend to faculty, students, and staff “the broadest possible latitude to speak, write, listen, challenge, and learn”—policies the school has violated by suspending Shapiro and conducting an absurdly drawn-out investigation, during which time Judge Ketanji Brown Jackson was nominated to the Supreme Court by President Biden, evaluated by the Senate, and confirmed.

To be clear: FIRE is by no means advocating for Chafetz to be investigated in the same manner as Shapiro. Rather, neither professor should be investigated or punished for protected extramural speech.

It doesn’t matter what political viewpoint a faculty member espouses. If the speech at issue is protected by the First Amendment (at public institutions) or institutional policies and promises (at private institutions), then that’s that: It’s protected. If Georgetown’s promises to its faculty are to mean anything, they must be upheld with consistency. We would love to commend Georgetown for upholding its promises of free expression — but with Shapiro’s position still in limbo, all we can say is that, when confronted with calls to investigate or punish Chafetz, the school has done the bare minimum by doing nothing.

FIRE defends the rights of students and faculty members — no matter their views — at public and private universities and colleges in the United States. If you are a student or a faculty member facing investigation or punishment for your speech, submit your case to FIRE today. If you’re faculty member at a public college or university, call the Faculty Legal Defense Fund 24-hour hotline at 254-500-FLDF (3533).