Abortion Clinics Are Bracing For the End of Roe 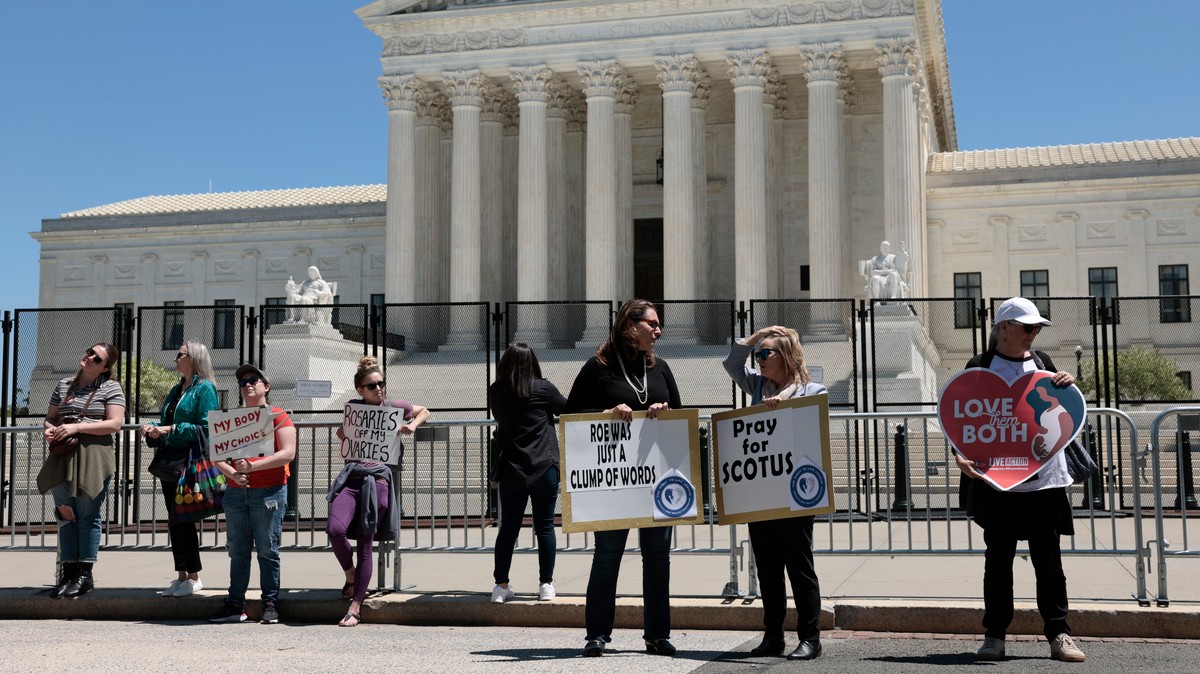 After all, that’s what usually happens after high-profile abortion restrictions hit the news: Confused patients flood clinics with calls, asking whether the procedure is still legal, whether the clinics are still open, whether they can still get abortions. And, with the leak last week of a Supreme Court draft opinion that would demolish the national right to abortion, Sadler,  who works as senior director of clinical services for Texas abortion clinics run by the organization Whole Woman’s Health, expected that morass to only deepen.

“We were really prepared that morning for patients to call and assume that their appointments were cancelled,” Sadler told VICE News. But instead, she said, “We haven’t necessarily heard that from patients. I think patients don’t want to know if their abortion is illegal.”

In the week since the leak, people who work for abortion clinics across the country have found themselves at the center of the nationwide storm over the likely annihilation of abortion rights. But as politicians and pundits have ripped into one another, abortion providers’ jobs haven’t really changed all that much. It didn’t even really change their plans: Many were all but certain that Roe v. Wade, the Supreme Court decision that legalized abortion nationwide in 1973, would not survive the summer intact. They were already preparing for a future where about half of the United States—including, for many, the state that they work and live in—would outlaw abortion.

Determined to keep their doors open, providers are hopeful that the monumental reaction to the leak means that more people will finally fight to save abortion rights. But the history of abortion politics isn’t exactly reassuring. Over the last decade, lawmakers have passed hundreds of abortion restrictions that have hacked away at access to the procedure and left providers exhausted. It’s a “death by a thousand cuts” approach that has been astoundingly effective—and easy to ignore.

Sometimes a law does spark widespread outrage: There was the 2013 Texas law that shut down roughly half the state’s clinics, the 2019 near-total abortion ban in Alabama, the 2021 Texas six-week abortion ban. But even in those cases, the restrictions quickly fade from the national conversation, despite their continued impact on patients and providers.

Just eight months after its implementation, the Texas ban, which flew in the face of Roe, has simply become the way things are in the Lone Star State.

“I feel like we do such a good job of absorbing the impact of all of this stuff, that people aren’t fired up to do anything about it,” said DeShawn Taylor, a doctor and CEO of Desert Star Family Planning, an abortion clinic in Phoenix. “But I think, unfortunately, because so many states are gonna be impacted and there’s going to be real harm to a large swath of the population, that this is not going to go away. People are going to see that there has to be a different way.”

“We can’t dig ourselves out of the dark time that we’re about to go into,” Taylor added.

The leak also didn’t slow the pace of abortion restrictions. Over the last few days, Oklahoma banned abortion as early as six weeks into pregnancy, Tennessee amped up its penalties for mailing abortion-inducing pills, and Republican lawmakers in Idaho and Mississippi found themselves in conversations around banning contraception.

Roe doesn’t even need to officially fall for its protections to be rendered effectively meaningless. In August 2021, before the Texas six-week abortion ban took effect, the state’s clinics performed more than 5,400 abortions. But after the ban took effect on September 1, the number of in-clinic abortions performed that month dropped by nearly 60 percent, to less than 2,200.

Now, in the wake of the Texas abortion ban, people want to know what they can do. And though they haven’t seen panic just yet, Sadler said the Supreme Court leak has only heightened that feeling.

“I’ve seen a shift not only in women talking about it, but women wanting to know what they can do,” Sadler said. “Most of them feel very fortunate when they’re able to continue to or made it to the clinic within the range [of six weeks of pregnancy], but definitely want to talk about how ridiculous that feeling of ‘fortunate’ is.”

“Particularly pregnant people in the South and the Midwest have already faced so many changes in the laws in those states,” Grant said. “It’s not uncommon for a phone call to start off, at Carafem, with, ‘I’m not even sure if I can still do this in my state, can you tell me?’”

Between 2011 and 2014, the number of abortion clinics fell by 13 percent in the South and 22 percent in the Midwest; between 2014 and 2017, the number fell again in both regions, by 9 and 6 percent respectively, according to the Guttmacher Institute, which tracks abortion rights.

Roxanne Sutocky, director of community engagement at The Women’s Centers abortion clinic network, said that patients do seem to sense that there’s a clear and present threat to their ability to get an abortion. The Women’s Centers has abortion clinics in Connecticut and New Jersey, where abortion rights are protected, as well as in Georgia and Pennsylvania, where they are decidedly more rickety—but in every state, Sutocky said, patients want to get in for their procedure as soon as possible.

Current patients aren’t the only people who are more interested in doing something, anything, to save abortion rights. Sutocky gets an email every time someone sends in an application to be a volunteer. Over the last week, she was getting up to five to six emails an hour. That’s roughly a tenfold increase.

“On average, about one in five of those volunteer applicants shares with us that they’ve had at least one abortion,” Sutocky said. “This is motivating more people who’ve been directly impacted to turn around and get involved and get plugged in.”

Abortion providers have already faced unprecedented crises over the last severeal months. The Texas ban sent patients flooding into Oklahoma. The month before the ban took effect, less than 5 percent of patients at the Trust Women abortion clinic in Oklahoma City were from Texas, according to Zachary Gingrich-Gaylord, Trust Women’s communications manager. Afterward, around 60 percent of patients at the clinic were Texan.

That, in turn, meant that Oklahomans couldn’t get appointments in their home state and instead had to travel to Trust Women’s location in Wichita, Kansas. The number of patients at each clinic doubled.

Now, with the Oklahoma six-week ban, more and more patients are going to travel even further, at greater costs. And that’s just a taste of what the demise of Roe would bring, as just 13 states would be left to serve as “destination states” for the rest of the country, according to the Guttmacher Institute, since those states would be bother unlikely ban abortion and be closest to patients fleeing their home states for the procedure.

“I don’t think that the region can take much more of this,” Gingrich-Gaylord said. “We move from one crisis to one crisis to the next and we never have a chance to rest and heal and decide what we want things to look like.”

Although abortion providers just kept working doing their day jobs after the Supreme Court opinion, many still grappled with a fresh wave of grief and shock at the evidence that Roe is so close to being overturned.

Mercedes Sanchez was in Florida, fresh off of speaking at the National Abortion Federation conference about the future of abortion, when she saw the leak. “I had to sit down, because seeing the reality of it felt like a gut punch,” said Sanchez, who handles communications for Cedar River Clinics, a network of clinics in Washington state.

Still, the leak strengthened her commitment to be a sanctuary for people who want abortions. Most of the patients calling Cedar River Clinics didn’t mention the leaked opinion, but a few did, Sanchez said. One woman cried on the call, thanking the clinic for providing abortions.

Ask abortion providers why so many people are shocked that Roe is teetering on the brink of collapse, and they tend to have the same answer: People don’t think about abortion until they get one.

“It’s not the dinner conversation. It should be. It’s not a school conversation. It’s not a church conversation. It absolutely should be,” Sadler said. “Do I get frustrated that now we’re at what seems like doomsday and everybody is awake and ready to jump in it? Well, yeah, a little bit. But I also have to understand that everybody doesn’t live in this sphere, and I’m very grateful whenever people wake up and realize what this means.”