A Tough Ask – Inside Hockey 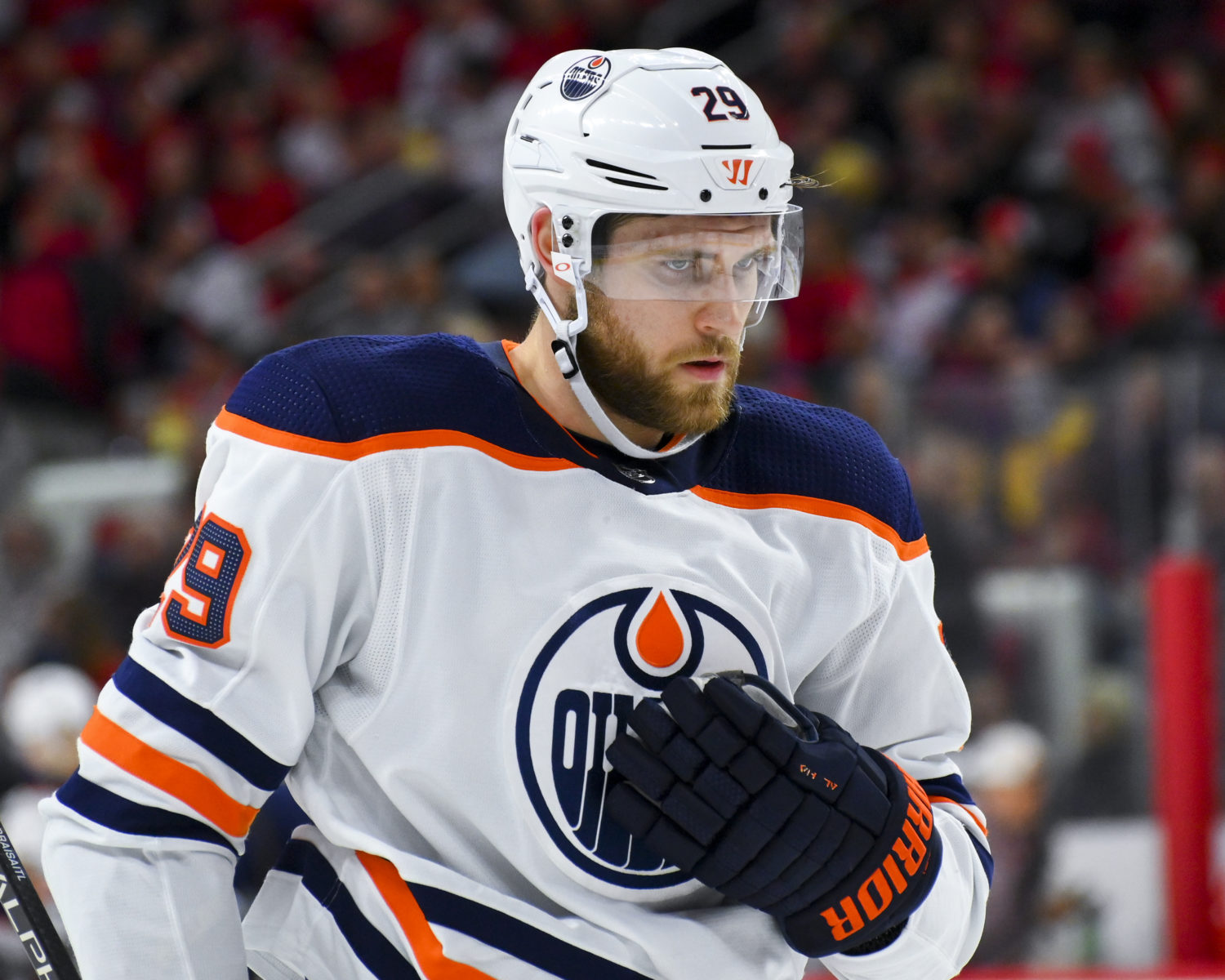 If you hadn’t noticed, let me point something out to  you:  in English, verbs have  become nouns. Case in point: “to ask” is something  one does. That’s what verbs are—actions. But “an ask” is now somehow a noun—that is, a  thing. And that’s what LA tried to respond to on Tuesday—the “ask” that they somehow take game five in Edmonton to go  up  3-2  in their playoff series.

But think  about that—the Kings knew absolutely that they had  to win a  game in  Edmonton. They could take game five, or they could  take  an eventual game seven. To do the latter, they’d have to get there, though, and that wouldn’t have been assured had Edmonton won game five at home.

That’s all off, because with a quick strike in overtime, Adrian Kempe made it possible for LA to finish the series  in six  games, with  game six  back home in Los Angeles on Thursday.

How’d that happen? Not without  some drama, including a  relatively late comeback by the Oilers to tie the game and push  it beyond the first sixty minutes.

Period one, the Kings got a second post-season goal from Troy Stecher, the only scoring of  the period. The Kings largely dominated the first twenty minutes, and Jonathan Quick  was good  in  their net,  though relatively untested. One very persistent backcheck by Arthur Kaliyev knocked the  puck away from Ryan Nugent-Hopkins to keep the game 1-0.

The best Edmonton  try of the period was a Draisaitl chance one-timer where Quick came flying  across  the crease in the  splits.  A good test of Mike Smith in the Edmonton net came on Trevor Moore’s backhand shot shorthanded.

Period two saw Edmonton tie the game when Zack Kassian put one  home, but all the  work  was done  by McDavid. Off a scramble in front of the net, he took it around the  cage  and  flicked it out to Kassian, who  put it in. The Oilers maintained momentum, Warren Foegele making a rush  on  the  left side. Quick responded with a save.

The Oilers didn’t relinquish the puck much over the course of the early part of period two. With seven minutes gone, they seemed much more aggressive and in control to my eye. With eight gone, Nugent-Hopkins, Kassian, and McDavid were doing it again—controlling play.

But the Kings reversed that on a good shift by the Kopitar  line (Iafallo, Kempe), and then Kempe scored his first goal. The period was about halfway over, and this was not a good  goal.  Kopitar put it over to Kempe, who threw it at the net, between Mike Smith’s pads.

The game would see-saw over the thirty remaining minutes  to  end  up 4-4 at the end of sixty minutes, with the Kings taking two-goal leads twice  only to lose them.

Andreas Athanasiou got the next goal, at 13:34 of the second, to make it 3-1. This  goal, like  their prior  one, was the  result of hard work, this time a turnover forced by  Dustin Brown as  the Oilers tried to throw  the puck up the ice.

The Kings then roared out for  period three, Iafallo shooting and Kempe getting the rebound. Smith made the stop.

Then the Oilers captain came out of his semi-silence. Edmonton got a power play, and immediately, McDavid scored, burying the first shot off the faceoff. It came off a broken play where he took the puck to his right side, got  Quick down, and threw  it over top of him. That made it 3-2, LA advantage.

Phillip Danault got that back on a Kings’ PP, Kempe getting the assist by  launching the puck at the net for Danault to put behind Smith from the edge of the crease.

The Oilers could have packed it in, down 4-2, but on the next play, Nurse put the puck to Nugent-Hopkins, who took a shot. Quick did a lovely splits save. There were eight minutes left. Had Edmonton been of a  mind to give up, they could have  comforted themselves by saying  they could win in LA and then come back for a glorious  game seven triumph at home, but  hockey players never think two games ahead, so instead, Draisaitle got a shorthanded goal with about  twelve minutes  gone, then  backed it up  with a rush  with McDavid where the puck  came over and Draisaitle  slammed it  home from the right dot for his fifth post-season goal. This was at 15:08 of the third. OT loomed.

But not so fast. Darnell Nurse hit the post behind Quick with two  minutes  left, shooting towards the far side from the slot. He later put it to Draisaitl, who forced Quick to fight one off, getting a catching glove on it. Iafallo nearly sealed the game with less than ten seconds  to play with a shot off a rush and a backhand that  Smith  got with a high glove hand.

So finally, everyone already having their money’s worth, OT.

The OT goal came off a slip of Evander Kane in the neutral  zone. Kempe picked up the puck  and went  in on  Smith. Here’s how he described the events leading up to the  goal: “Great start by [Danault’s] line and the D  who kept it in [Edmonton’s] zone for a minute. Forwards on  our  side changed in great time and [Edmonton] didn’t  get the puck all the way down.  We go it back into their   zone, caught  them  on  their  heels  when  they were a little  tired, and that  was  pretty much it.”

For even longer  context, he explained what had  transpired  in  the  third  period: “I think going back to the  third  period, we were up  4-2. They came back and definitely had some momentum going into the  overtime. But we  were  talking  in  the locker room, ‘We’ve got to stick with it here; whatever  happened, happened already,’ and we reset our mindset and went out to win the  game.”

The goal itself was pure effort, Kempe carrying or beating all of McDavid, Duncan Keith, and Brett Kulak on the way to the  net. He went right to left across the crease and scored by going backhand to forehand from his left-shooting position.

After the game, he summed up where the series sits: “There’s still a  lot to play for, but  obviously we’re very glad for where we’re at right now.”

The series has a 7pm Pacific start time on Thursday, so East Coasters need to  plan  for a late night, no matter which way the game breaks.

Brian Kennedy is a member of the  Professional Hockey Writers Association. Please follow him on Twitter @growinguphockey.