Seth Meyers Counts The Ways Rudy Giuliani Looks Like A Fool After Backing Out Of Jan. 6 Interview 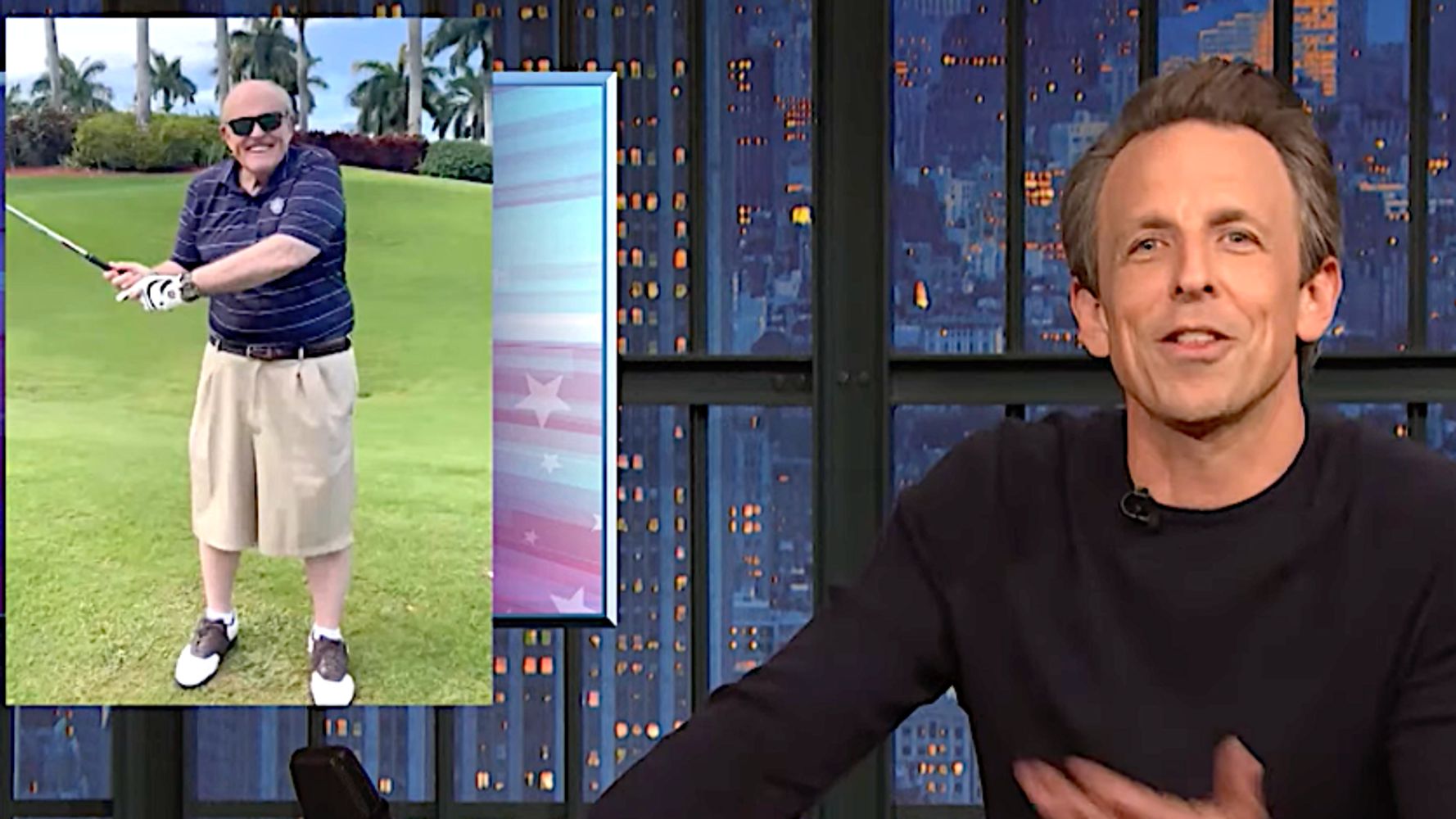 “Late Night” host Seth Meyers didn’t have enough time Monday to demonstrate all the ways Donald Trump’s former attorney Rudy Giuliani “looks like a fool,” but he made a decent stab at it.

“He’s a weird dude,” said Meyers as he tried to fathom why Giuliani backed out of his interview with the House Jan. 6 committee just because he couldn’t record it.

“Why does he want to record the interview?” asked Meyers. “Is he worried they’re going to cut it together to make it sound bad? That’s what his brain already does to his mouth.”

But there’s no doubt that Giuliani’s former boss is off, too, Meyers noted. For example, according to a “60 Minutes” interview Sunday by former Defense Secretary Mark Esper, Trump called his own vice president a “fucking loser” in the Oval Office. And the former president wanted military troops to shoot peaceful Black Lives Matters protesters.

“Yes, in the streets of our nation’s capitol. That’s right,” responded Esper. “Shocking.”

“It is shocking. So shocking, you should have told us at the time,” he said.