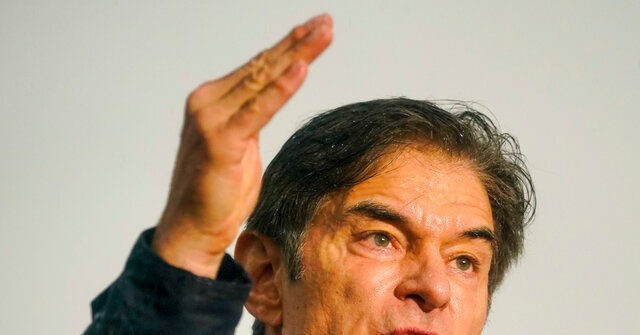 Celebrity doctor Mehmet Oz reportedly maintains his Turkish citizenship to care for his elderly mother, but scholars are questioning the legitimacy of Oz’s reasoning.

Oz reportedly maintains his Turkish citizenship to care for his mother, who is battling Alzheimer’s disease. “I can love my country and love my mom,” Oz told reporters in March.

However, after facing backlash for his comments about his Turkish citizenship, Oz pledged to revoke it if the voters of Pennsylvania send him to the Senate in November.

“I maintained it to care for my ailing mother, but after several weeks of discussions with my family, I’m committing that before I am sworn in as the next U.S. senator for Pennsylvania I will only be a U.S. citizen,” Oz said in March.

Still, after he pledged to revoke his Turkish citizenship, Oz maintained that he only kept it so he could visit his parents as recently as two weeks ago.

“President Trump was very clear, I’m America First,” Oz said during Pennsylvania’s Republican Senate primary last month. “I was obliged to serve for two months in the Infirmary in the Turkish military, which I did in order to go visit my parents as I went through my life. I can love my mother, and I can love my country as well.”

In light of Oz’s service in the Turkish military, his endorsement deal with Turkish Airlines, his Turkish real estate portfolio, and his vote in Turkey’s most recent presidential election, scholars are speculating that his mother’s health may not be the true reason he maintains his citizenship in the country.

Oz could care for his mother regardless of his citizenship status. Until recently, Americans could go to a booth at Turkey’s major international airports and get a Turkish visa for $20. The whole process took less than five minutes, even when there was a line. Oz reportedly has a net worth in excess of $100 million, so the financial strain of getting a visa a few times each year was no deterrent. Today, the process is even easier: U.S. citizens can apply online for an e-visa in advance of their travel and receive their Turkey visa almost instantaneously.

Oz could be considered a foreign agent of Turkey, according to an advocacy group that recently called on the U.S. Department of Justice to investigate Oz for a possible violation of the Foreign Agents Registration Act for his work with Turkish government-backed Turkish Airlines.