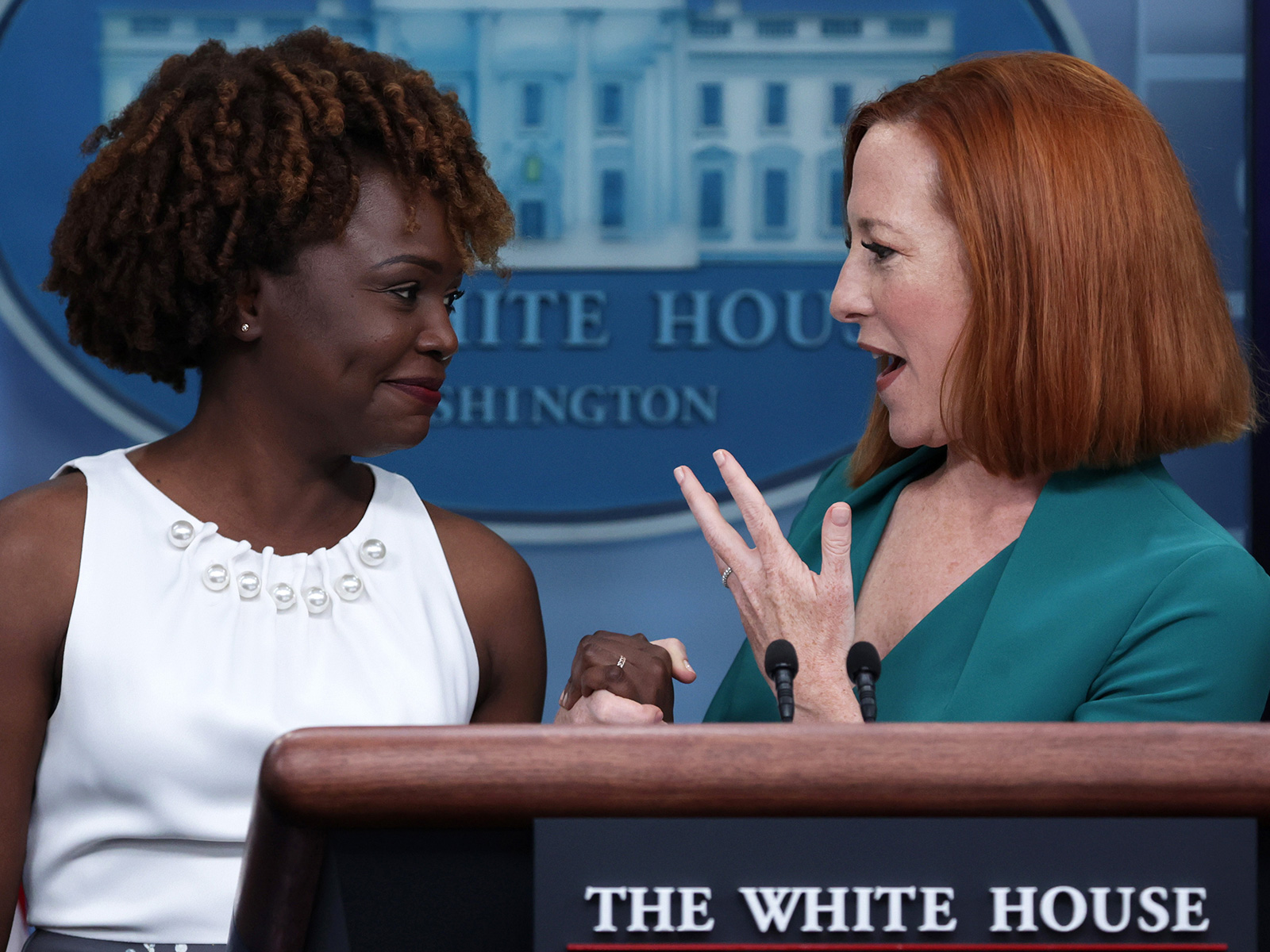 Incoming White House press secretary Karine Jean-Pierre is being accused of pushing disinformation by conservatives who have dug up her old tweets.

Conservative commentators and journalists at right-leaning news outlets have turned their attention to Jean-Pierre’s social media history, days after she was tapped to replace Jen Psaki, beginning Friday, as the spokesperson for President Joe Biden. The criticism of Jean-Pierre, currently the principal deputy press secretary, seeks to flip the script on allies of Biden who’ve accused Republicans of trafficking in conspiracy theories.

“(A) look through her old tweets shows that she is an election-denying, misinformation-peddling, conspiracy theorist,” Kylee Zempel, editor at the conservative Federalist wrote in a piece published Monday.

Zempel singled out a 2016 tweet from Jean-Pierre following the election of Donald Trump as president. “Stolen election … welcome to the world of #unpresidented Trump,” tweeted Jean-Pierre, who was then working for progressive advocacy group MoveOn.

Jean-Pierre was among the nationwide chorus of progressives raising alarms about Russian interference in the 2016 election. She also tweeted that Trump was “a deplorable illegitimate president.”

Also on Twitter, Jean-Pierre sided with Democrat Stacey Abrams when she refused to concede the Georgia gubernatorial election in 2018 amid claims of widespread voter suppression. Zempel wrote that Jean-Pierre “has a habit of undermining election legitimacy.”

Democrats have sharply criticized Trump and his allies who claim the 2020 election was marred by widespread voter fraud, despite the former president losing about 60 court cases and his own attorney general dismissing the claim.

“Here’s the truth: a former president of the United States of America has created and spread a web of lies about the 2020 election,” Biden said on the anniversary of the January 6 insurrection.

But Zempel wrote that, “within Biden’s own inner circle is a conspiracy theorist who spreads misinformation about our elections and undermines our political process of self-government—and she just got a promotion.”

Democrats have also accused social media companies of allowing conspiracy theories and disinformation to flourish. Recently, a Biden administration program to counter disinformation has been savaged by conservatives, calling it the “Ministry of Truth,” in reference to George Orwell’s dystopian 1984 novel.

Right-wing commentator Mark Dice responded to Jean-Pierre’s old tweet, saying she should be banned “from the Internet for undermining our Democracy. Fair is fair.”

A Fox News article also pointed to Jean-Pierre’s tweets, saying she was “fueling the collusion narrative between Russia and the Trump campaign in the early years of Trump’s presidency.”

Although a special counsel never found that Trump colluded with Russia, a federal investigation resulted in charges against more than 30 individuals. In August 2020, then-Republican-led Senate Intelligence Committee members released a report finding numerous contacts between Trump and Russia.

The report concluded, “Trump and his associates’ participation in and enabling of this Russian activity, represents one of the single most grave counterintelligence threats to American national security in the modem era.”

Newsweek has reached out to the White House for comment.