Gigi Sohn and the Police 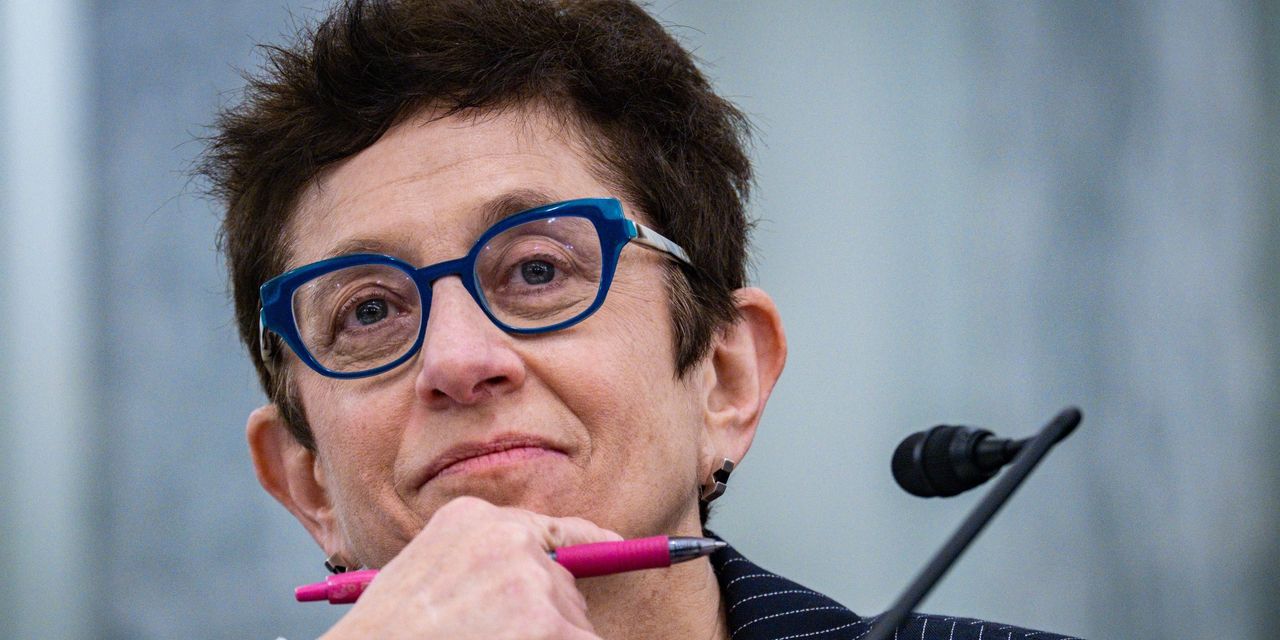 acolytes appointed by President Biden have failed to win confirmation in the Senate, and now the White House is scrambling to save another. But the President may be endangering vulnerable Senate Democrats by continuing to push

for the Federal Communications Commission.

We’ve described the many reasons Ms. Sohn shouldn’t be confirmed. She supports heavy-handed broadband regulation, including reimposing the Obama Title II “net-neutrality” rules. She wants to regulate broadband as Europe does, which would stifle investment. Some 92% of Americans have access to uber-high speed fixed broadband compared to 67% of Europeans.

She’s also shown a disregard for copyright protections as when she sat on the board of the now defunct streaming platform Locast, which pirated content of local broadcasters. Asked by Senators about a generous settlement she signed with broadcasters one day after being nominated to the FCC, she dissembled.

She’s also shown hostility to conservatives, calling Fox News “dangerous to our democracy” and accusing Senate Republicans of suppressing the vote. Now the Fraternal Order of Police has come out against her because of her seeming animus to cops.

For instance, she liked a tweet noting “Funny how one bad protester labels the whole movement, but a few bad cops are never supposed to represent all cops.” She’s liked posts by Rep.

that have called for defunding police and that have dismissed criticisms of the “defund” police movement as “racial resentment attacks.”

Ms. Sohn says her tweets expressed her views as a private citizen and won’t bear on how she would carry out her duties at the FCC. But her tweets and policy views matter. The FCC is a bipartisan agency whose effectiveness depends on collegiality, transparency and impartiality. Ms. Sohn lacks all of these.

Our sources say that police opposition to Ms. Sohn has made Sens.

(Nev.) reluctant to back her. But progressives are lobbying hard for her. The Communications Workers of America has launched an ad campaign targeting the three Senators.

Business groups haven’t come out as strongly against Ms. Sohn as they have some other nominees. Perhaps broadcasters and broadband providers are resigned to more aggressive regulation once a third Democrat joins the FCC. But Ms. Sohn is unfit to serve on the commission, and the White House is putting the three wavering Democratic Senators in a political bind.

The President would do his own party a favor by withdrawing Ms. Sohn’s nomination. But if he doesn’t, Senators can do the country a favor by defeating her.