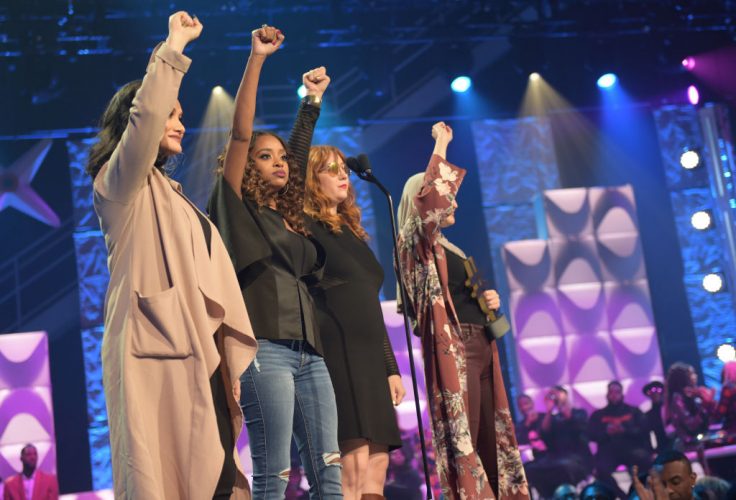 Several of the groups calling on advertisers to boycott Twitter—citing Elon Musk’s objectionable views—are at the forefront of the campaign to boycott Israel and are known for trafficking in anti-Semitic canards.

In the wake of Musk’s $44 billion purchase of the social media site, a coalition of far-left groups is urging Twitter’s advertisers to boycott the sale, claiming that Musk “intends to steamroll” restrictions on speech and “provide a megaphone to extremists who traffic in disinformation,” according to an open letter sent last week to Twitter’s advertisers, which reportedly include Disney, Coca-Cola, and Kraft.

Yet many of the groups involved in the anti-Musk campaign are known for trafficking in anti-Semitic tropes and promoting falsehoods about Israel, often on social media platforms like Twitter. They include Black Lives Matter, the Women’s March, Kairos, and Friends of the Earth—all of which are known for stoking Jew-hatred and leading the charge to boycott Israel. Musk last week questioned who is funding and organizing these groups, which he says want to “control your access to information.”

The Black Lives Matter movement, for instance, describes Israel as an “apartheid state” and supports efforts by the anti-Israel community to delegitimize the Jewish state.

“We are a movement committed to ending settler colonialism in all forms and will continue to advocate for Palestinian liberation (always have. And always will be),” the group tweeted in 2021, along with the hashtag “free Palestine.”

The official Boycott, Divestment, and Sanctions (BDS) movement’s Twitter account thanked Black Lives Matter for its support. “From Ferguson to Palestine, our struggles against racism, white supremacy, and for a just world are united!” BDS wrote in a follow-up tweet.

Patrisse Khan-Cullors, one of Black Lives Matter’s cofounders, in 2015 traveled to the Palestinian territories and declared in an interview, “This is an apartheid state. … We can’t deny that and if we do deny it we are a part of the Zionist violence.”

Mike Gonzalez, a senior fellow at the Heritage Foundation think tank who studies the BLM movement, said the group’s anti-Israel agenda is at the heart of the movement.

“The heart of the West is Christianity, and Judaism is at the heart of Christianity,” Gonzales wrote in a 2021 analysis. “Christ was a practicing Jew, as were Mary, Joseph, and likely all the apostles, who worshipped at the Jewish temple along with Jesus. Anyone who truly wants to dismantle the West, to ‘problematize’ it in critical race theory lingo, will want to start there first.”

Another group joining the anti-Musk cause is the Women’s March, a far-left coalition of activists who oppose former president Donald Trump. The group has been dogged by charges of anti-Semitism since its inception.

Three Women’s March founders—Palestinian activist and BDS supporter Linda Sarsour, Tamika Mallory, and Bob Bland—left the organization in 2019 due to their promotion of anti-Semitic tropes and aggressive advocacy against Israel, which was seen as undermining the group’s credibility and isolating Jewish members.

The New York Times reported in 2018 that the Women’s March was “roiled by accusations of anti-Semitism,” including efforts to remove Jewish members from prominent positions within the group. The Women’s March also formed an alliance with longtime anti-Semite Louis Farrakhan and his Nation of Islam movement.

Sarsour, in particular, has trafficked in anti-Semitism. “Israel was built on the idea that Jews are supreme to everybody else,” she said during a 2019 speech. “How can you be against white supremacy in the United States of America and the idea of living in a supremacist state based on race and class, but then you support a state like Israel that is built on supremacy?”

Mallory is a Farrakhan devotee who reportedly said Jewish people are “the mother and father of apartheid.”

The Kairos organization, which also signed the anti-Musk letter, is one of the leading advocates for BDS, which wages economic warfare on Israel. The Canadian government has called the group’s advocacy anti-Semitic in nature.

Friends of the Earth is another member of the global BDS movement. The group is featured on BDS’s official website and supports Israel boycotts. Friends of the Earth has also accused the Jewish state without evidence of preventing Palestinians from accessing clean water.

Musk, these groups wrote in their open letter to Twitter advertisers, will “provide a megaphone to extremists who traffic in disinformation, hate, and harassment. Under the guise of ‘free speech,’ his vision will silence and endanger marginalized communities, and tear at the fraying fabric of democracy.” The organizations demand that Twitter’s advertisers force Musk to uphold the ban on Trump—whom Musk has pledged to reinstate—and aggressively police speech on the platform.

“As top advertisers on Twitter, your brand risks association with a platform amplifying hate, extremism, health misinformation, and conspiracy theorists,” the letter states. “Under Musk’s management, Twitter risks becoming a cesspool of misinformation, with your brand attached, polluting our information ecosystem in a time where trust in institutions and news media is already at an all-time low.”