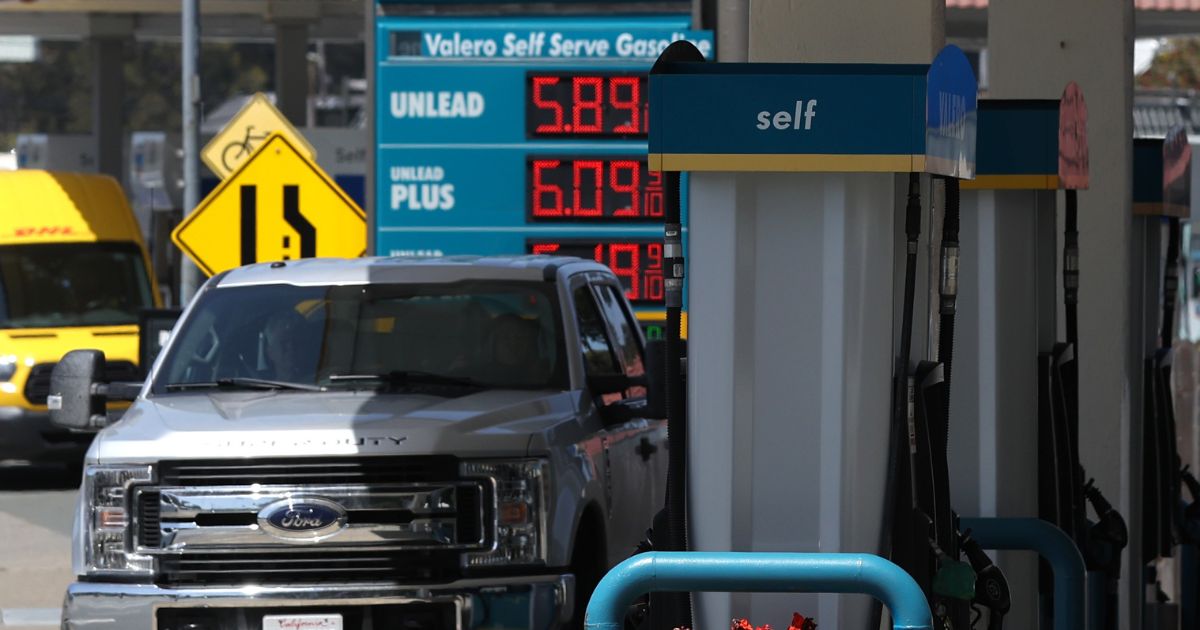 Gas prices in the U.S. just hit a record high and are now almost 50 percent higher than a year ago.

The national average price for a gallon of regular unleaded gasoline was $4.374 Tuesday, according to AAA. That was an increase of four cents in one day and 17 cents in the past week, wiping out a dip that had taken place in April.

According to AAA’s figures, gas prices are 47.4 percent higher than a year ago, when the national average was $2.967 per gallon.

The price of diesel fuel – the lifeblood of the trucks that haul goods across the county – also hit a new high Tuesday, reaching $5.550 per gallon.

Gas has never been higher than today, ever.

The rise in prices — amid overall inflation that hit 8.5 percent in March — comes despite action from President Joe Biden to release a million barrels of oil a day from the nation’s Strategic Petroleum Reserve and to allow more ethanol in gasoline, according to The Washington Post.

Patrick De Haan, head of petroleum analysis at GasBuddy, said there is little chance of a decline in prices.

Do you blame the Biden administration for high gas prices?

“Liquid fuels have turned into liquid gold, with prices for gasoline and diesel spiraling out of control with little power to harness them as the imbalance between supply and demand globally continues to widen with each passing day. Russia’s oil increasingly remains out of the market, crimping supply while demand rebounds ahead of the summer driving season,” he said Tuesday.

“There’s little, if any, good news about fuel prices heading into summer, and the problem could become worse should we see an above average hurricane season, which could knock out refinery capacity at a time we badly need it as refined product inventories continue to plummet,” De Haan said.

Hard to believe this was two years ago in Texas. pic.twitter.com/zUJLaRJV4x

Consumers are frustrated and angry.

“When you see gas go up 40 cents in one day, I have to decide whether to buy gas, buy groceries,” Ohio resident Cindy Sullivan said, according to WCPO-TV. “It’s very very frustrating for the people on limited incomes.”

Sullivan was among those who received a $24 gas card from Americans for Prosperity-Ohio, which was handing them out to “remind Ohioans of the true cost of [Biden’s] failed policies.”

“That $24 is the difference between the price of gas when President Biden took office and today,” Donovan O’Neil, the group’s state director, said. “The price of gas, average price of gas in Ohio, has gone up 71 percent. That’s fueling pain at the pump.”

Stock market crashing, inflation, gas prices at record highs, food shortages, baby formula shortages, a total catastrophe but the Dems think they can save themselves by promising to kill more babies and castrate more kids. A red tsunami is coming unlike anything we’ve ever seen.

As gas prices rose, Wall Street had a glum Monday, according to CNBC.