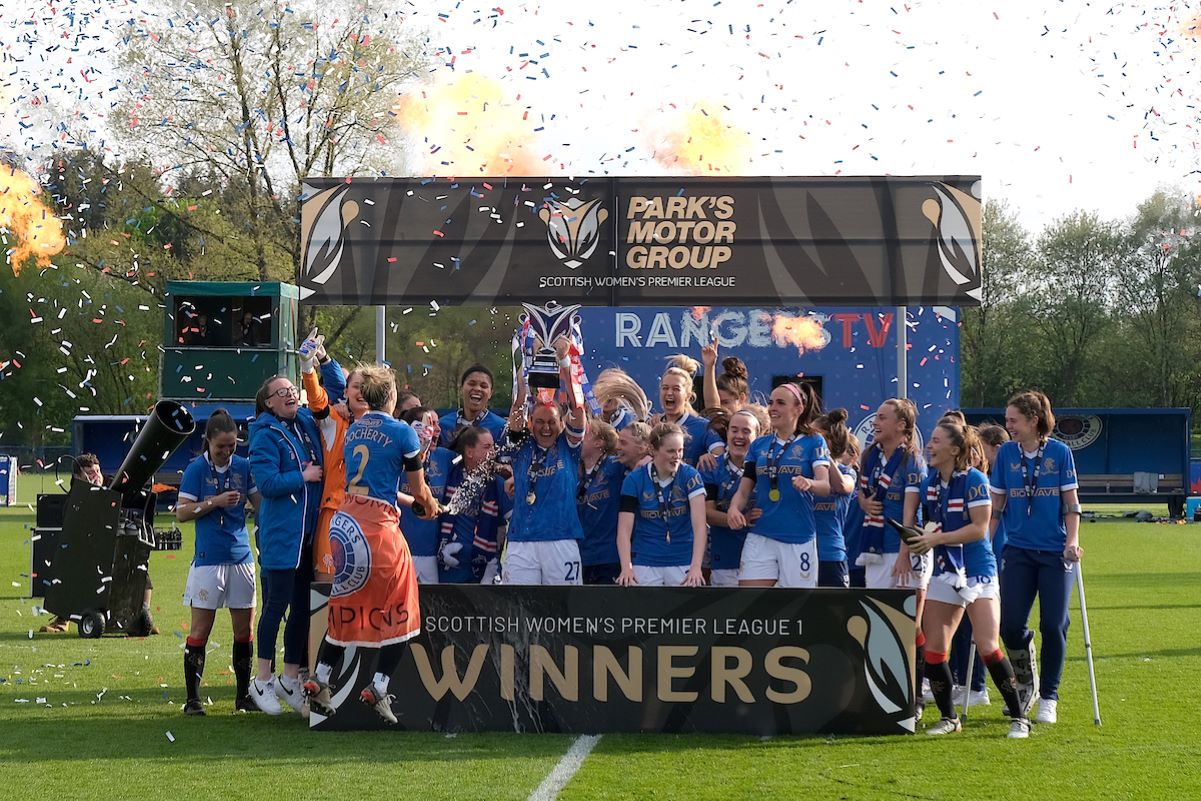 Substitute Ode Fulutudilu had a goal disallowed for Glasgow City away to Rangers, whom they can no longer catch following a 0-0 draw. Rangers’ success brings an end to City’s fourteen-year domination of the league.

Charlie Wellings’ 35th goal of the season put Celtic ahead at the interval and Wellings got her second from a Tegan Bowie cross, Sarah Clelland pulled one back for Spartans but Sarah Harkes played in Clarissa Larisey to restore the two-goal cushion inside the last 20 minutes.

Hibernian opened the scoring against Aberdeen through Eilidh Adams but Bayley Hutchison equalised for the Dons. Adams got Hibs’ second, with the visitors conceding an own-goal before Michaela McAlonie put haway their fourth.

Hamilton came from behind to win at Partick, Amy Bulloch scoring for Thistle and Kirstie McIntosh replying from distance via the crossbar. A dramatic end saw Lindsey Blues win it at the death for the bottom-of-the-table Accies.

Kaela McDonald-Nguah got the only goal in the second half, as Motherwell saw off Hearts.

Kilmarnock just got the better of Queen’s Park, Mhairi Crooks on target in the narrow win.

Glasgow Women were in front at half time through Sophie McGoldrick at Stirling University, Cara Henderson securing the victory with early and late goals in the second period.

East Fife beat Rossvale 3-1 in the Scottish Women’s Championship Play-off Final and will play in SWPL 2 next season. Montrose and Gartcairn had already sealed their places after winning the regional divisions.