Upgrading America’s Eyes in the Sky 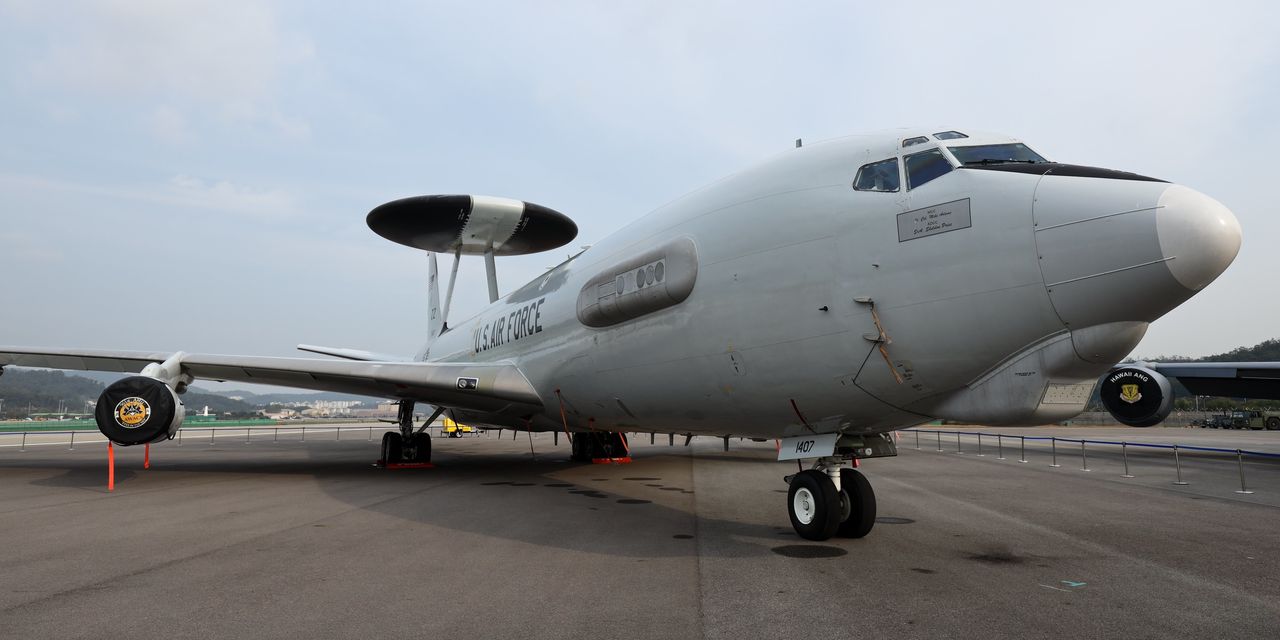 The press has now disclosed what everyone suspected—that the U.S. is helping Ukraine by relaying the coordinates of Russian military targets. The mission makes this a good moment to focus on the gaps the U.S. Air Force may be accepting in battlefield surveillance, an example of growing U.S. defense risks.

The Air Force announced last month that it plans to buy the E-7 Wedgetail to replace some of its E-3 Airborne Warning and Control System fleet. The E-3, known as AWACS, is a flying pair of binoculars that can peer into the battle space to spot friends and enemies, and coordinate strikes. It’s a powerful platform. To borrow an illustration from Air Force Magazine, “an AWACS flying over New York City could manage the aerial battle as far away as Boston, Mass., and Washington, D.C., at the same time.”

AWACS aircraft have been operating near the border of Ukraine. The U.S. hasn’t been advertising these missions, but the planes have almost certainly been essential in gathering and sharing information. In a future fight, whether in the Pacific or elsewhere, these assets would help the U.S. find and shoot the enemy first. America’s adversaries understand the value: Satellite imagery has suggested the Chinese have a mock target of a parked E-3.

But the E-3 is pushing 50 years old, and the supply chain for the plane long ago dried up. Air Force Gen.

has used the word “miracle” to describe an E-3 getting airborne. The Air Force in its 2023 budget request asks to retire 15 of the fleet’s 31 aircraft.

The goal has been to run this mission with capabilities in space, but that technology isn’t ready. The E-7 is flown by other Western air forces, and it’s smart to choose a plane in production. Yet the Air Force said in its announcement that the service would develop a “rapid prototype” delivered in . . . 2027. This is a long wait and risks a gap as the E-3 deteriorates.

tells us the E-3 will be “completely ineffective” before the plan fields sufficient E-7s. One creative idea for an interim measure is putting the Navy’s carrier-based radar plane “ashore in land-based detachments in the Pacific and Europe.” NATO AWACS, Adm. Montgomery added, is in better shape but the alliance also needs to start looking at buying the E-7.

Congress will have to provide resources to speed up deliveries. The Biden defense budget tries to tilt at the looming threat of China, but it does so by accepting risk in this decade to prepare for the next one. The dangerous world after Ukraine is no time to allow any real or perceived cracks in American defenses.

Appeared in the May 5, 2022, print edition as ‘Upgrading America’s Flying Binoculars.’

PrevPrevious‘You Insulting Punk’: Gutfeld And Geraldo Rivera Get Into Near Shouting Match Over Abortion
NextDHS Secretary Claims He Was ‘Not Aware’ of Disinformation Board Chair’s Troubling History of Pushing Leftist FalsehoodsNext