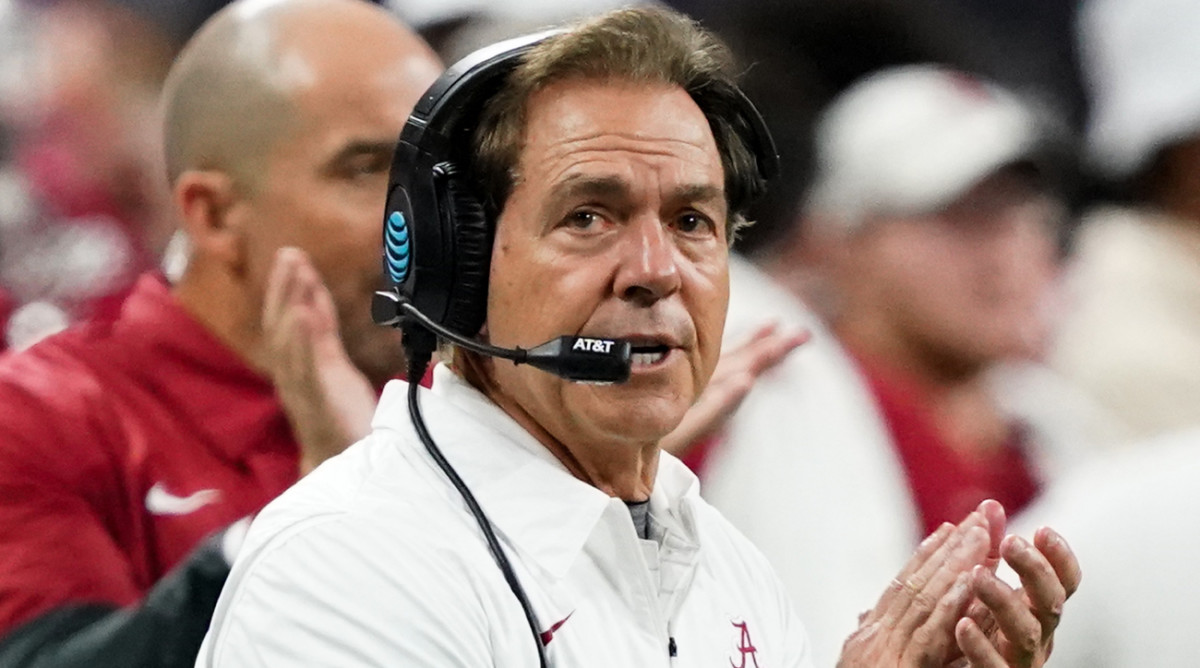 Nick Saban has been the coach of the Alabama football program since 2007, and during his tenure, 106 players have been drafted to an NFL team through ’21.

The program saw a record-tying six first rounders in last campaign’s draft and will most likely add a couple more players to Saban’s ever-growing list following the 2022 NFL draft. Sports Illustrated has two Alabama players in its Mock Draft first round.

On Tuesday, the 70-year-old coach was asked about if he would make any chances to the transfer portal, a hot topic nowadays in college sports. While admitting he was not in a position to make any adjustments to the governing body’s legislation, Saban commented on the number of former Crimson Tide players who have made it to the big league. He emphasized an eye-catching statistic: how much combined money they have earned.

The highest paid Alabama football alum at the moment in the NFL is Browns receiver Amari Cooper, who is currently still under his five-year, $100 million deal originally signed with the Cowboys.

Saban additionally mentioned how he focuses on development of players throughout their collegiate careers, which is a quality that NFL teams look for in a player.

The coach mentioned Mac Jones, the now Patriots quarterback and former Alabama starter. Jones didn’t see much playing time until his junior year, in which he was the starter. It took time for him to get to the place he was at, and now, he finished on top of the rookie quarterback statistics in the 2021 NFL season.