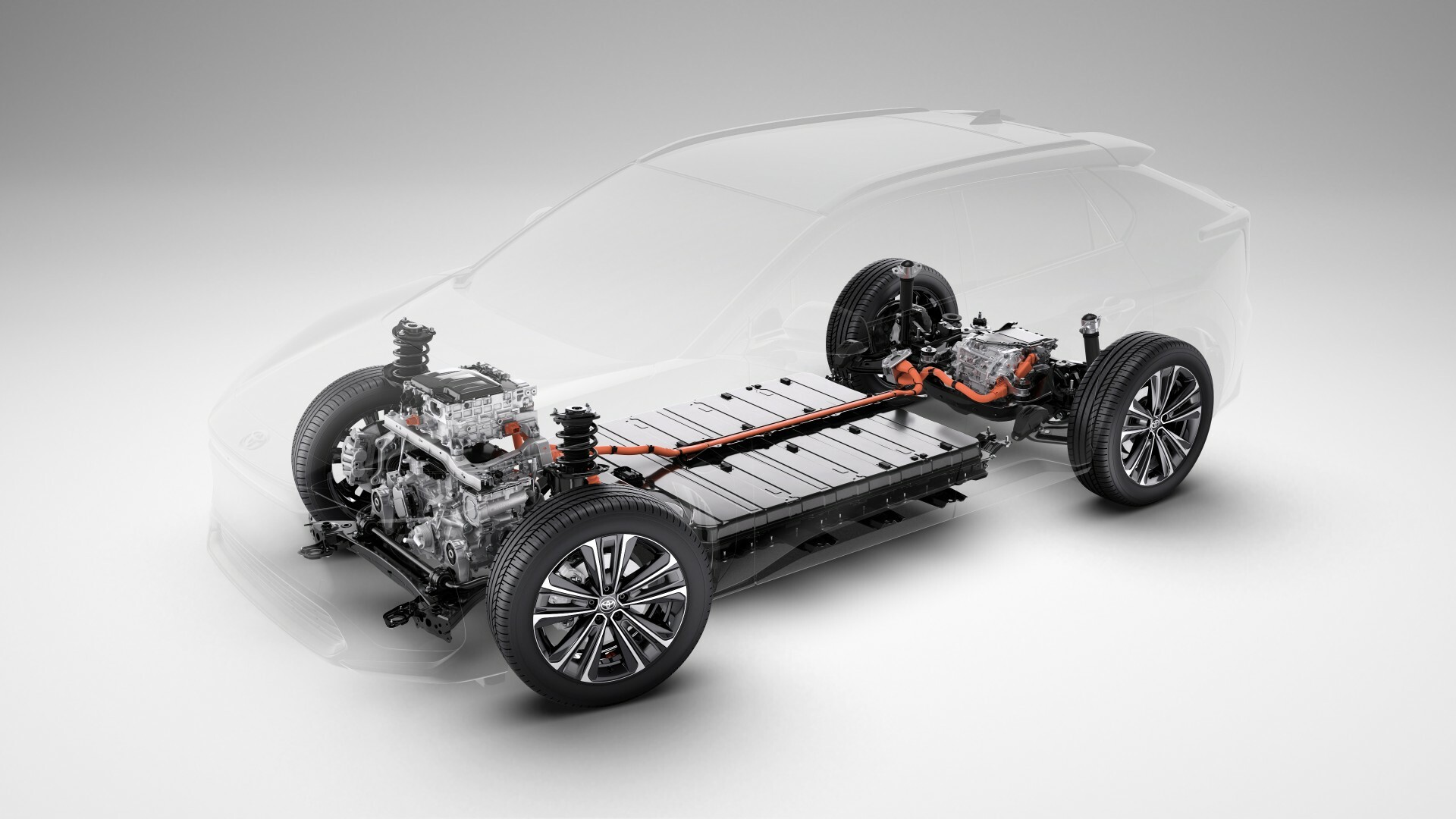 At an event in Japan on Friday, the company revealed an electric SUV called the bZ4X. It was originally unveiled in April 2021 as a concept vehicle, but at the time Toyota shared few details about it.

Now, the bZ4X (bZ stands for “beyond Zero” and denominates cars in Toyota’s upcoming lineup of battery electric vehicles) is very much a real car, and Toyota has specs and launch dates to prove it.

The bZ4X is a little smaller than the Toyota RAV4, but with a longer wheelbase.
Credit: TOYOTA

The car will be powered by a 71.4 kWh battery that should provide a 450km range (per WLTP metrics), with a fast, 150 kW charging system that should get the battery to 80 percent in about 30 minutes. Toyota says it’ll be the company’s first water-cooled battery, and the car will have a number of ways to prevent damage or degradation of the battery.

The bZ4X is powered by a 71.4 kWh battery.
Credit: TOYOTA

The above is standard fare for EVs of this size (perhaps even a little underwhelming), but Toyota has a couple of additional tricks up its sleeve. One is an optional, solar panel roof, which should provide some additional battery life – the company says it should harness enough power over a year to enable 1,800 km of driving. The 150 kW charging system will be able to get the battery to 80% in half an hour.
Credit: TOYOTA

As for the car’s looks, it’s a futuristic-looking SUV with a two-tone design, and lots of sharp lines in all directions. The bZ4X is roughly the same size as Toyota’s RAV4, but with a longer wheelbase. Toyota says it’ll be the most nimble vehicle in its class, and a number of details, such as apertures in the front bumper corners and a split-roof spoiler, were made to reduce aerodynamic drag. 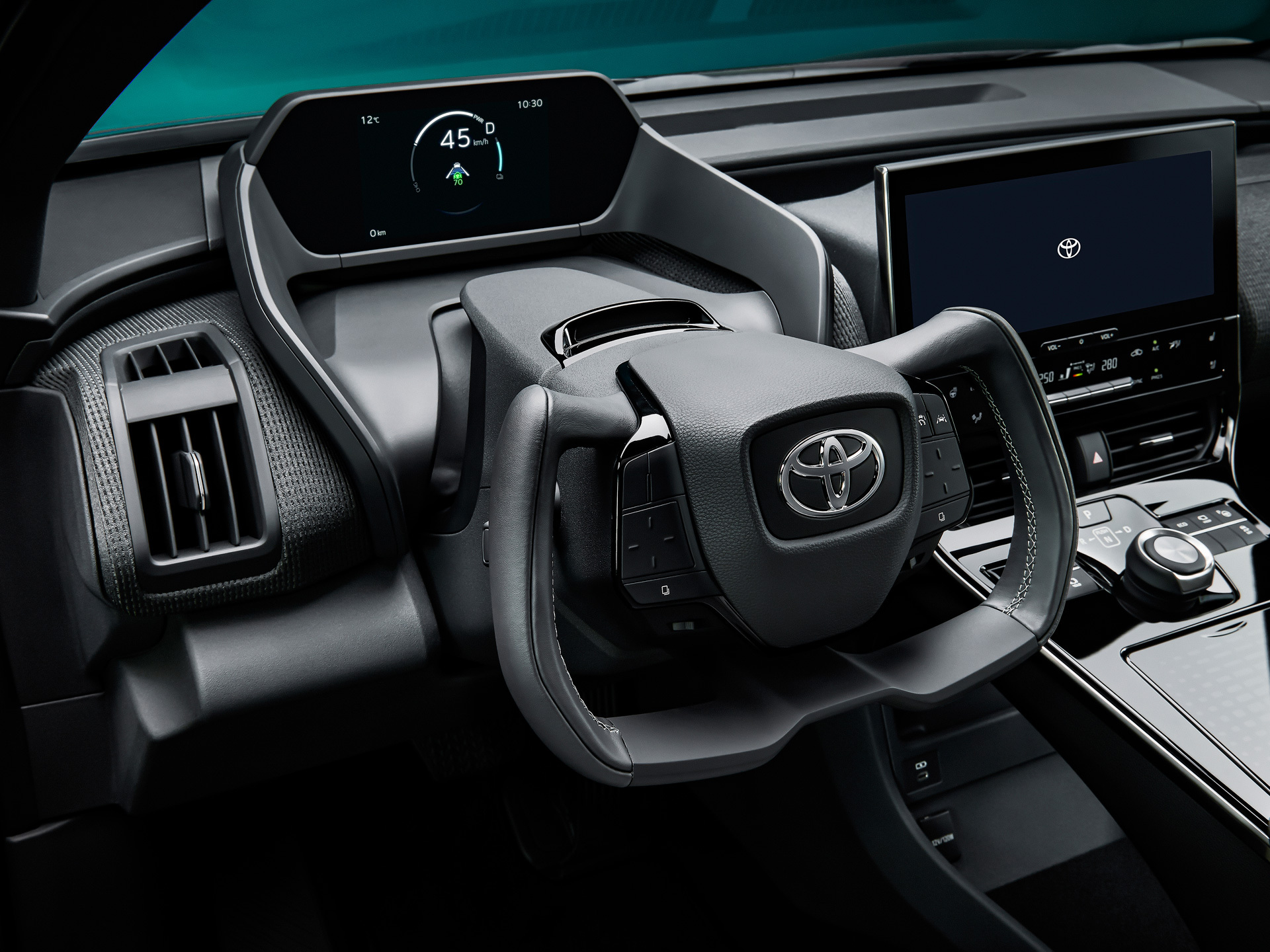 Looks like Toyota took a cue from Tesla when it comes to the steering wheel.
Credit: TOYOTA

Inside, there’s another surprise: An optional steering wheel that’s quite similar to the “yoke” steering wheel in Tesla’s latest Model S (Toyota says it’s “wing-shaped”). Thanks to its design, the steering wheel won’t be in the way of the 7-inch instrument panel, which sits taller than anything else in the cockpit. There’s also an infotainment display in the middle, though Toyota didn’t say how big it is.

The bZ4X will come with Toyota’s third-gen Safety Sense safety and assistance system.

Everything you need to know before buying an electric car

Toyota says that all passengers should have ample space in the car thanks to its long wheelbase. The boot will have a capacity of 452 liters with the rear seats in place.

The Toyota bZ4X will have a European premiere on Dec. 2, which is also when the pre-orders will open.

PrevPreviousWashington Post Poll: McAuliffe 49, Youngkin 48
NextMinneapolis Could Become One of the First US Cities to Replace Its PoliceNext