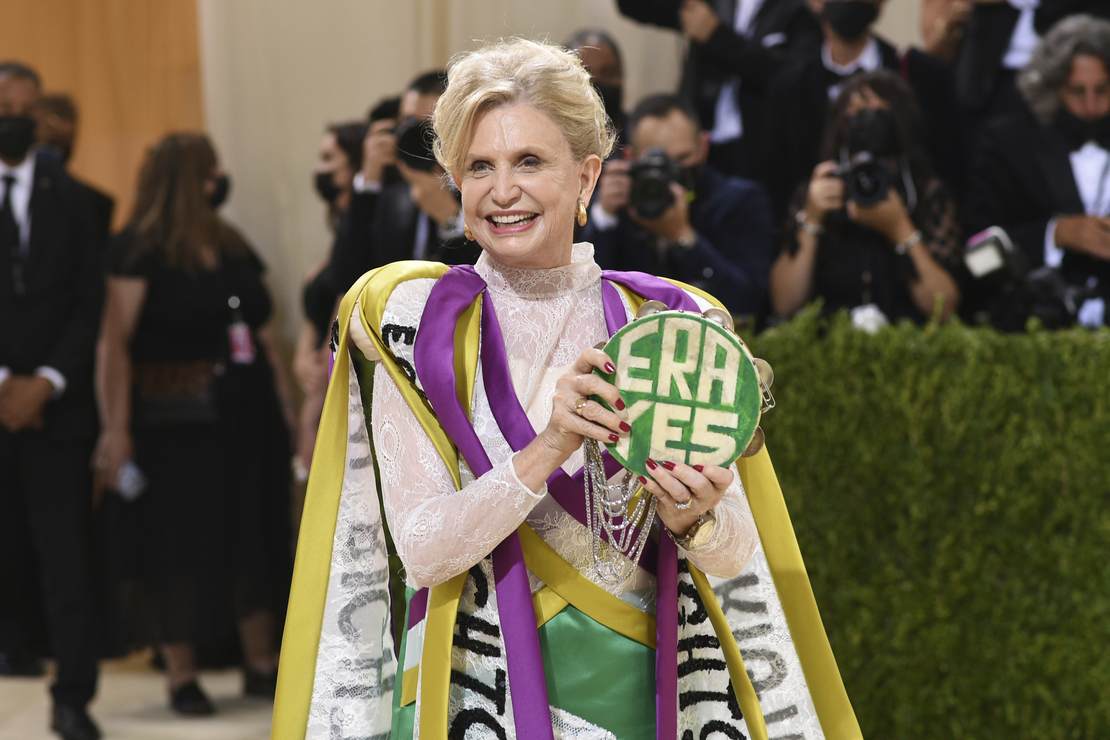 The House Oversight and Reform Committee is chaired by Rep. Carolyn Maloney. Maloney held a hearing on Thursday that ended with her pledge to subpoena four major oil companies and two trade organizations. The title of the hearing was ‘Fueling the Climate Crisis: Exposing Big Oil’s Disinformation Campaign to Prevent Climate Action”. The oil and gas executives refused to say the exact words Maloney demanded of them so she attacked.

Maloney and Rep. Ro Khanna did some tag team maneuvering during questioning. They both tried to put words into the mouths of the executives and then demanded the execs answer word for word as they expected. For example, both Maloney and Khanna demanded that Exxon CEO Darren Woods disavow something said back by the company’s former CEO in the 1990s.

Maloney asked the Exxon chief about a 1997 speech by former Exxon CEO Lee Raymond raising concerns about the Kyoto Protocol. Raymond claimed that “the case for so-called global warming is far from airtight.” Exxon’s own scientists had told company leadership some two decades earlier that “there is general scientific agreement that the most likely manner in which mankind is influencing the global climate is through carbon dioxide released from the burning of fossil fuels.”

But Woods said Raymond’s claim was “aligned with the consensus of the scientific community” at the time and that the company’s views have “evolved and developed” with the science.

Rep. Ro Khanna, the chairman of the Subcommittee on the Environment, pressured Woods to say statements from a former Exxon executive, Lee Raymond, which denied a connection between fossil fuels and global warming was a mistake. While Khanna started his testimony saying, “I don’t have any interest in being adversarial,” the resulting back and forth with Woods got pretty tense.

“I don’t think it’s fair to judge something 25 years ago with what we’ve learned since,” Woods said.

“I’m disappointed that you’re not willing to say that something is a mistake. It doesn’t inspire a lot of confidence about, you know, introspection and going forward. I’m surprised actually, I thought you would just say it’s a mistake,” Khanna said.

Maloney also made demands of the companies on how they would spend money going forward.

I demanded that Big Oil Execs pledge to simply no longer spend ANY MONEY to oppose emission reductions and climate action.

Unsurprisingly, none took the pledge. pic.twitter.com/XCYAe5FNOD

Committee member Rep. Byron Donalds used his time to deliver a smackdown to the chairwoman and how she conducted herself. He said Maloney owed the executives an apology for violating their First Amendment rights and for trying to intimidate them. Watch his excellent delivery:

Donalds is right. China is not going to do anything to reduce their carbon footprint, they are busy building an economy. Big Oil heats our homes, fuels our vehicles, and has produced the most successful economy in the world, the United States, which runs on fossil fuel. Big Oil companies have been developing and implementing green technology in the energy sector for at least a couple of decades. Let the idiot Democrats continue to berate them for misinformation campaigns on climate change. They are feckless when the public is exposed to their tactics to destroy the fossil fuel industry.

Joe Biden is determined to bow to the progressives and destroy what he can of the fossil fuel industry. The country is nowhere near ready to do away with oil and gas drilling and likely won’t be for several more decades. The progressives don’t even include nuclear energy in their dream world of green energy. In the meantime, China is building more and more coal plants. Russia is supplying oil and gas to European countries, markets that the U.S. began to open during the previous administration when the U.S. became energy independent.

Let’s also take a moment and understand that this hearing brought about a request that oil companies slow down energy production in direct conflict with the Biden administration’s plea to OPEC to increase production. Democrats are hellbent on the United States being at the mercy of countries that do not have our best interests at heart for our energy needs.

Maloney claims the oil companies didn’t submit all the documents the committee asked for and is bothered by their relationship with the American Petroleum Institute (API), a trade organization.

Big oil companies are still funding groups like the American Petroleum Institute, an industry trade organization, which is getting in the way of reforms promoting electric vehicle use, Maloney said.

“I see no choice but to continue our committee’s investigation until we see the truth,” Maloney said.

“I have tried very hard to obtain this information voluntarily but the oil companies employ the same tactics they use for decades on climate policy — delay and obstruction. Well, that ends today,” Maloney said. She added that she had draft subpoenas on hand.

So, Maloney will try to look like she’s being tough on a popular whipping boy for Democrats – Big Oil. She’ll issue subpoenas for financial documentation. What she won’t get is a promise that oil companies will put themselves out of business. That is an absurd goal. The best approach is the all of the above approaches. Use all forms of energy production. Maybe Maloney is desperate to look engaged in the climate change battle because she is being primaried in her re-election in 2022 by a candidate recruited and supported by Justice Democrats. Khanna had the support of that far-left group in his campaign. Maloney is a long-time politician. Maybe the progressives are ready to flex their muscle and bring in some new blood to that office.

Good for Rep. Donalds for speaking truth to power. It’s time for Big Oil to get more aggressive and stop going easy on hack politicians who have no clue as to what they are talking about.