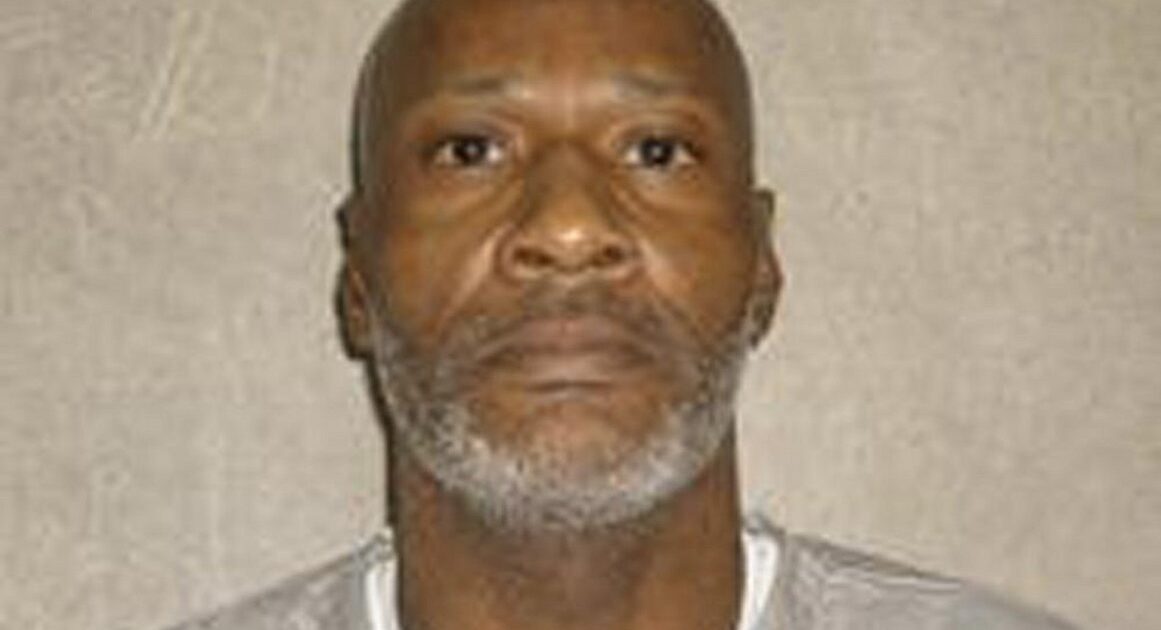 Oklahoma executed its first death row inmate in six years on Thursday afternoon, and according to witnesses, he began vomiting and convulsing before his death.

John Marion Grant, 60, was declared dead at 4:21 p.m. about 20 minutes after he was administered the lethal drugs. According to Associated Press coverage of Grant’s execution, he began vomiting and convulsing after he was given the sedative midazolam. A retired A.P. reporter who has covered about 450 executions in his life said he’d only ever seen one other prisoner vomit as he was being put to death.

It’s a morbid and troubling outcome for Oklahoma, which had put a moratorium on executions in place due to complications with their drugs and protocols. In 2014, when the state attempted to execute Clayton Lockett, he remained conscious and struggling for minutes after he should have been dead. Later, state officials admitted they had botched the execution and that Lockett had ultimately died of a heart attack long after the drugs should have killed him.

An investigation followed suit, but Oklahoma decided nevertheless to maintain these lethal injection protocols and announced its plan in 2020 to restart executions. About 30 inmates on death row in Oklahoma have sued to stop this system of executions, arguing that it violates the Constitution’s prohibition on cruel and unusual punishment. That case goes before a federal judge next year, but the Oklahoma City Free Press notes that Grant and another death row inmate, Julius Jones, were kicked out of the lawsuit for failing to propose an alternative method of execution.

Grant was convicted of killing prison cafeteria worker Gay Carter in 1998 while he was on work detail serving a 130-year sentence at Dick Conner Correctional Center in Hominy, Oklahoma.

On Wednesday, the 10th Circuit Court of Appeals granted Grant a stay of execution to pursue these Eighth Amendment claims. But Oklahoma Attorney General John O’Connor appealed to the Supreme Court. The justices decided 5–3 to lift the stay and allow Grant’s execution to move forward. Justices Stephen Breyer, Sonia Sotomayor, and Elena Kagan dissented. The three justices have repeatedly called on their peers for the past few years to take up these cases and consider the arguments being presented, but they have been outvoted.

Grant may not exactly inspire feelings of mercy—according to the A.P., he was spouting out “a stream of profanities” as he was being injected. But also on death row in Oklahoma right now is a man named Richard Glossip, a man who many believe is innocent and does not belong there. Glossip technically killed nobody, but he was convicted twice and sent to death row for allegedly masterminding the 1997 murder of his boss, a motel owner named Barry Van Treese. Justin Sneed, who was 19 at the time, actually killed Van Treese, but claimed that Glossip pushed him to carry out the crime in exchange for money and a promotion. Sneed was sentenced to life in prison. Glossip was sentenced to death.

There’s no evidence that actually backs up Sneed’s claim. In fact, there’s video of a police interview never seen by the jury that shows a detective pushing Sneed to lay the blame on Glossip.

Glossip was nearly executed in 2015 but was saved by an execution moratorium. He was the plaintiff in a Supreme Court case that year where justices narrowly ruled, 5–4, that midazolam may be used as a sedative in combination with other drugs for lethal injections and that it does not constitute cruel and unusual punishment under the Eighth Amendment. This was the same drug administered to Grant before his convulsions.

The Marshall Project reported in April that the Glossip case had been prompting some Republicans in Oklahoma to reconsider the use of the death penalty entirely, or at least weigh making it easier for an innocent person to make his case. Similar considerations by conservatives are happening elsewhere in the country:

Earlier this year, Virginia became the first Southern state to repeal the death penalty after three Republicans voted with the state legislature’s Democratic majority. A Marshall Project review found that in roughly half the states with an active death penalty system, Republican lawmakers have recently sponsored or written bills to ban or constrain the punishment, or to help potentially innocent prisoners avoid it.

In the meantime, Julius Jones is scheduled for execution on November 18. He, unlike Grant, continues to insist he’s innocent. He was convicted of shooting and killing an Oklahoma City businessman in 1999, though he insists he was framed by a former co-defendant who testified against him. He has a clemency hearing set for next week, and Oklahoma’s Pardon and Parole Board has recommended that Oklahoma Gov. Kevin Stitt commute his sentence to life in prison.