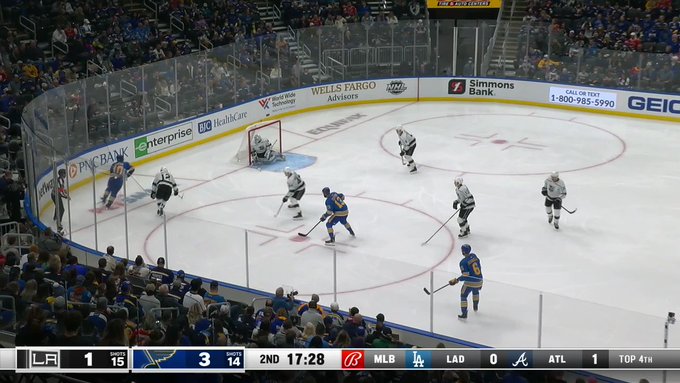 Welcome to the first edition of the St. Louis Blues prospect report. This will be a recurring segment throughout the 2021-22 season, following the seasons and storylines of all the prospects in the Blues’ system.

To start, Zach Bolduc has seen some action in the Quebec Major Junior Hockey League (QMJHL). Overseas, Swedish prospect Simon Robertsson has started to see some action in the Swedish Hockey League (SHL) and rookies Jake Neighbours and Klim Kostin have played a handful of games in the NHL. There are plenty of Blues prospects playing around the world, and I am going to give you a rundown of what a few of them are up to.

Neighbours Off to Strong Start

Jake Neighbours was selected 26th overall in the 2020 NHL Draft, and has already become a fan favourite. The 19-year-old playmaking winger from Airdrie, Alberta, turned a lot of heads at training camp, resulting in him cracking the opening night roster. Throughout pre-season, Neighbours managed to stand out among other rookies recording four points (one goal, three assists) in five games, and head coach Craig Berube took notice.

Currently, he has two points (one goal, one assist) in five games, and seems to be settling into the lineup just fine. He can play in nine games until he burns a year off his entry level contract (ELC), and as of right now it looks like Neighbours could fit with the Blues for the remainder of the season. If he is sent back to junior, he will rejoin the loaded Edmonton Oil Kings of the Western Hockey League (WHL). He will also have the chance to represent Team Canada at the 2022 World Junior Hockey Championship, though if he is playing a critical role with the Blues, it’s highly unlikely general manager Doug Armstrong would be willing to part ways with the rookie.

Bolduc and The Remparts

Zachary Bolduc was the Blues’ 17th overall selection in the 2021 NHL Draft. Bolduc possesses a unique toolkit that allows him to have the upper hand in all situations. Last season, the Trois-Rivières product played for the Rimouski Océanic of the QMJHL, and even served as an alternate captain. He recorded 29 points (10 goals, 19 assists) in 27 games, winning the Mike Bossy Trophy for the QMJHL’s Best Professional prospect.

This season, Bolduc has been playing for the Québec Remparts after managing director and head coach Patrick Roy sent a number of draft picks to the Océanic in exchange for the Blues’ prospect. Currently, he has had an explosive start with the Remparts where he has 11 points (four goals, seven assists) in eight games. Bolduc has seemed to find his game quickly with the Remparts, he should look forward to an invite from Hockey Canada for the upcoming World Junior Hockey Championships. He, much like fellow Blues prospect Jake Neighbours could be key pieces for Team Canada’s roster. Regardless, Blues fans should watch Bolduc as he is a forward who could make a jump into the lineup in the near future.

Klim Kostin has battled hard throughout the last few seasons to get to where he is at today. The Russian power forward was taken by the Blues 31st overall in the 2017 NHL Draft. After tearing apart the Russian leagues, he transitioned over to the American Hockey League (AHL) where he played for the San Antonio Rampage for almost three full seasons. In 2019-20, Kostin made his NHL debut, and would go on to play in three more games with the Blues recording one goal. Last season, due to the ongoing COVID-19 Pandemic, he opted to stay in Russia and the Blues organization loaned him out to Avangard Omsk of the Kontinental Hockey League (KHL). The powerful winger registered 18 points (seven goals, 11 assists) in 47 games. After his tenure in the KHL, he returned to St. Louis, where he would suit up for two games, recording one assist. 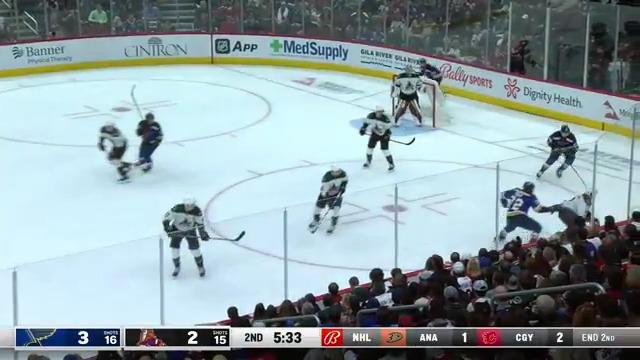 After a strong training camp and preseason in St. Louis, Kostin cracked the opening night roster. He currently has three points (two goals, one assist) in four games, and seems to be settling into his role within the Blues quite comfortably. Kostin is a forward who will likely remain with the Blues for the entirety of their season, recently he was paired on the first line with vets Brayden Schenn and David Perron. Should Kostin find a consistent role within the lineup, he will be a fun player to watch.

The Blues selected Simon Robertsson 71st overall in the 2021 NHL Draft. He’s a left-shot right-winger who boasts a tremendous release and has exceptional forechecking abilities. Last season he split time between the SHL and the J20 Nationell League with Skellefteå AIK. While playing in the J20 he registered 20 points (nine goals, 11 assists) in 15 games. He transitioned to the SHL where he played in 22 games and recorded one goal, and one assist. Despite that – he cracked Team Sweden’s under-18 roster for the IIHF WJC-18 tournament in Texas this past spring. During that tourney, he had four points (three goals, one assist) in seven games, capturing a bronze medal. 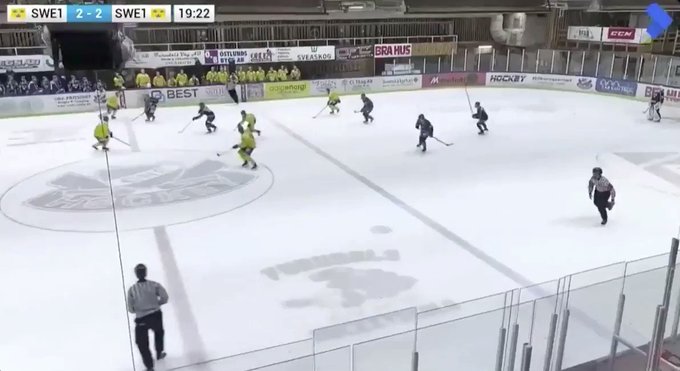 This season, Robertsson has once again been splitting time between the J20 League, and the SHL. He has five points (three goals, two assists) in four games so far in the J20, and has seen 13 games of action in the SHL where he has been held pointless. Nonetheless, Robertsson has solid potential and could be in North American playing for the Blues AHL affiliate as early as next season.

The Future is Bright

With just a small handful of Blues prospects already off to great starts in their respective leagues, it’s not hard to get excited about the future of the Blues and watching these players come through the pipeline. Whether or not Neighbours, and Kostin stay in the NHL this season, their play already is a clear indication that both can compete comfortably at the next level. Bolduc should continue to have a strong season with the Remparts, they are currently the number one team in the QMJHL. If Robertsson is able to find his groove in Sweden, he should excel in the goal-scoring department and have no problems coming over to play in the AHL next season.

Born and raised in Kamloops B.C. and a die hard fan of the Kamloops Blazers, hockey has always been apart of my life. Now, I am looking to get into the sports media world and make it a career. I will be covering the Winnipeg Jets and St. Louis Blues for The Hockey Writers. Follow along on Twitter @itscrdavies for more hockey content!