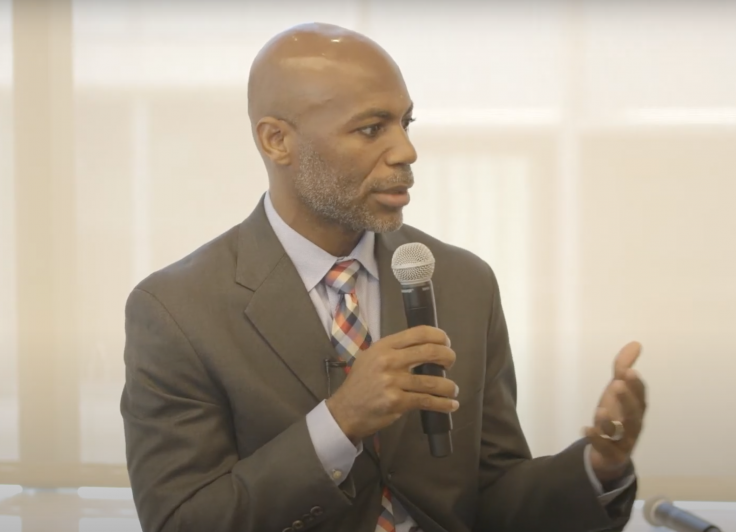 President Joe Biden’s nominee to serve as the top federal prosecutor in Maryland helped free a Delaware death row inmate who was subsequently implicated in a sex-trafficking ring and convicted of second degree robbery.

“Erek Barron is the latest example of the Biden administration’s focus on criminal leniency rather than public safety or the rule of law,” Sen. Tom Cotton (R., Ark.) told the Washington Free Beacon. “He would bring to the Maryland United States Attorney’s Office more of the same soft-on-crime approach that has already made Baltimore one of the most dangerous cities in the country, and more innocent people would be victimized as a result.”

Barron is typical of the progressive prosecutors Democrats are elevating across the country. As a member of the Maryland House of Delegates, Barron has pressed for reforms progressive prosecutors champion, like abolishing mandatory minimum sentences for drug crimes and making certain police personnel records available to the public. Republican lawmakers like Cotton say their approach is inappropriate amid spikes in violent crime in certain parts of the country.

Barron represented McCoy on appeal after his 2012 conviction for the murder of James Munford. The state alleged that McCoy agreed to trade money and crack cocaine with Munford in exchange for 200 ecstasy pills outside a Dover, Del., bowling alley in May 2010. McCoy drew a revolver during the encounter and killed Munford when he tried to escape.

Deshaun White, McCoy’s nephew, and Rakeisha Williams, Munford’s girlfriend, were on hand for the fatal encounter. Both witnesses testified against McCoy at trial. McCoy pinned the crime on Williams and his nephew, alleging they were lovers. He refused court-appointed defense counsel and chose to represent himself.

After a month-long trial, a jury convicted McCoy of first degree murder and five other crimes related to the ill-fated drug deal. The panel also recommended the death penalty, citing two aggravating factors. Barron agreed to represent McCoy on appeal to the Supreme Court of Delaware and argued on his behalf in that venue.

The state supreme court ultimately credited two arguments Barron made. First, they said the trial judge hadn’t adequately justified his decision to seat a juror over McCoy’s objection. The juror in question was married to a former prison counselor, but the presiding judge suspected McCoy wanted him removed from the jury pool because he was white.

Second, the court faulted lead prosecutor R. David Favata for unbecoming conduct and improperly enhancing the credibility of a witness. Favata made derisive comments about McCoy and his decision to represent himself throughout the trial.

McCoy’s victory was based solely on those two procedural issues, not the merits of the case. Indeed, the court explicitly rejected arguments that the evidence the state presented against McCoy was insufficient for conviction.

McCoy was ultimately acquitted after a retrial, this time before a judge rather than a jury. He struck out for Hawaii and spoke periodically at criminal justice reform events, including a 2017 awards dinner for the American Bar Association’s death penalty representation project in Washington, D.C.

Early in 2018, a federal grand jury indicted McCoy for sex trafficking and production of child pornography. Eight unnamed women, including a minor, accused McCoy of pimping them out for sex, sometimes against their will.

In one representative allegation, an unnamed woman said she was lured to a suite at Honolulu’s Ebbtide Hotel in July 2017, where McCoy and several companions were staying. By her telling, McCoy raped her during this encounter, held her for several days, and forced her to have sex with at least 10 patrons. She was also made to watch a second woman having group sex with several men.

The unnamed woman escaped the hotel with the help of a patron who sensed she was a hostage. She called the police and was given a rape kit as soon as she escaped. Those events allegedly took place three months before McCoy was recognized at the Bar Association death penalty representation dinner.

During an interview with police following his arrest, McCoy admitted to beating his wife and explained violence against women is necessary for a successful prostitution racket.

In the same interview, McCoy told authorities they were speaking with a “legend” who got off death row.

After trial on the sex trafficking charges was underway, authorities learned that one of the lead investigators lied in a deposition concerning how he lost some of his communications with witnesses on a government-issued cell phone. Federal prosecutors, feeling the investigatory process had been compromised, chose to dismiss all charges against McCoy.

“Our request for dismissal has absolutely nothing to do with the merits of this case,” prosecutor Thomas Brady told Mollway at a November 2018 hearing. “We believe the victims were credible when they spoke to us originally and we believe they are credible today.”

McCoy was a free man for less than a year. He was charged with second degree robbery in 2019 for assaulting a Japanese tourist in Waikiki. Authorities intercepted him at Daniel K. Inouye International Airport in Honolulu in October 2019, as he tried to skip his $100,000 bail by escaping to Los Angeles. He has been in custody since that time, according to the Honolulu Star-Advertiser. He was convicted of second degree robbery in May, and prosecutors say they will seek the maximum 10-year sentence.

Neither Barron nor Maryland’s two Democratic senators, Ben Cardin and Chris Van Hollen, responded to the Free Beacon‘s requests for comment. Barron is set to appear Thursday before the Senate Judiciary Committee, which is considering his nomination for U.S. attorney for the District of Maryland.