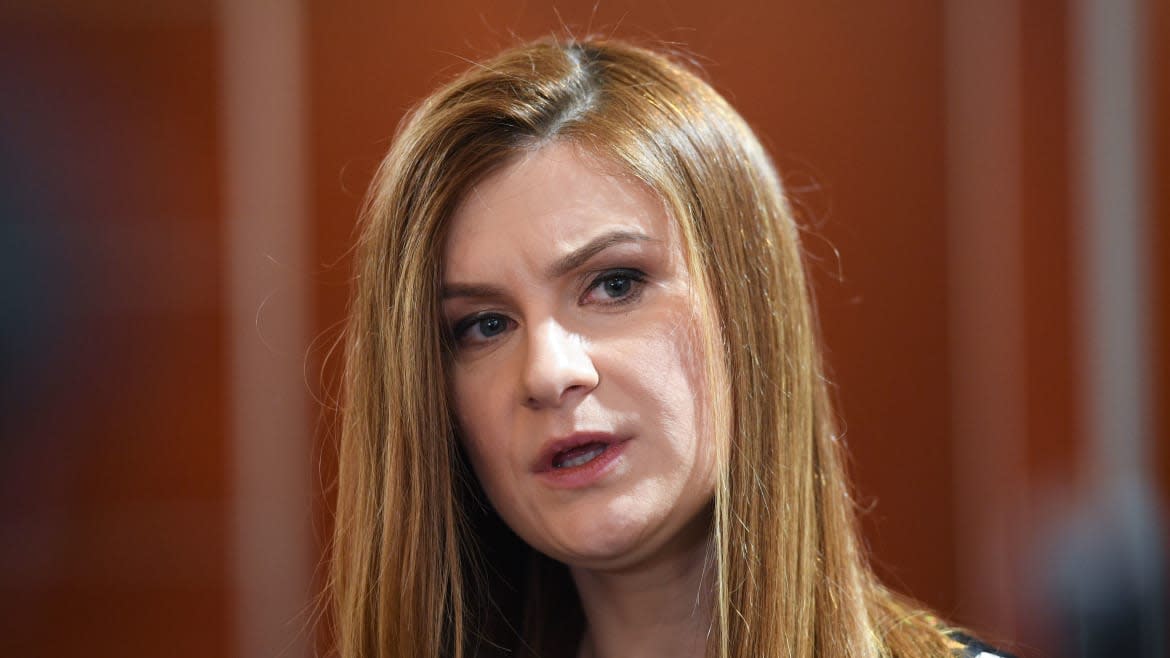 Convicted Russian agent Maria Butina, who served over a year in a U.S. prison and received a hero’s welcome upon her return to Moscow in 2019, faced an embarrassing setback in her attempt to be elected to the State Duma, the lower house of parliament in Russia. News organizations assumed that Butina was a shoo-in as a candidate in the rural region of Kirov Oblast. She ran under the helm of President Vladimir Putin’s ruling party, United Russia, which was declared the winner in last week’s elections, marred by wide-ranging accusations of fraud.

But according to the finalized results of the elections reported by Russia’s only independent television channel TV Rain, Maria Butina did not make it after all. A local Kirov media outlet, Vyatka-na-Seti News, reached the same conclusion. Vyatka-na-Seti News reported: “The Kirov region showed extremely low support for the United Russia party in the elections to the State Duma, which were held on September 17-19, 2021. Thus, the region was left without mandates, according to the lists, and Maria Butina will not represent our region in the State Duma.” The outlet surmised that certain districts within the region “rebelled” and refused to vote in support of the ruling United Russia party. In the Kirov region, the party received only 29.54 percent of votes.

Butina’s candidacy was problematic from the start. Her already spotty reputation was further tainted by reports of financial support in the past year from American conspiracy theorist Patrick Byrne, the former CEO of Overstock and an ardent supporter of former president Donald J. Trump. In addition to helping fund Butina’s candidacy, Byrne had earlier said that he’s funding “a team of hackers and cybersleuths” in an attempt to prove that Trump won the presidential election.

Byrne is one of the men Butina dated during her successful attempts to penetrate political circles in the United States, which ultimately landed her in prison. According to a July 2016 email published in a Senate Intelligence Committee report, Butina’s other lover, Paul Erickson, wrote that Byrne offered Butina $1 million to let him father her child. According to a video released by Alexei Navalny’s investigative team, FBK, Butina’s electoral declaration revealed that Byrne’s financial support amounted to tens of millions of rubles.

While Byrne was still the CEO of Overstock, using a company letterhead, he claimed that “Men in Black” figures in the federal government had urged him to romance Butina. Byrne told Business Insider that he was guilt-ridden about “setting up” Butina and his donations were meant “to make amends” with the convicted Russian agent.

Russia’s Communist Party called on election officials to reject Butina’s candidacy on the grounds that she received foreign funding, but “special” candidates seem to be exempt from abiding by the rules. Upon her return to Russia, Butina became a cherished tool of pro-Kremlin propaganda, making rounds on state television to malign and condemn the United States, and joining RT as a correspondent.

Eager to please the regime, Butina showed up with RT’s camera team to taunt ailing opposition leader Alexei Navalny in prison as he sought medical help in April. She described Navalny’s prison accommodations as rivaling the best local hotels.

When it comes to Russian elections, propagandists always seem to land on their feet. The host of state TV program 60 Minutes Evgeny Popov reportedly prevailed over Mikhail Lobanov, 38, a university lecturer who ran under the banner of the Communist Party in southwest Moscow. Lobanov was winning, until the questionable results of the electronic voting overturned his lead. Popov was not disqualified even after it was discovered that he failed to accurately disclose his considerable earnings. Likewise, Butina was kept in the race despite her foreign assets and funding, prohibited by Russian electoral laws.

After allegedly losing to Popov, Lobanov tweeted: “The authorities may think that they stole our victory, but we all know perfectly well that we overtook Popov in all eight districts of my region. You can manufacture any number of votes, but now you and I know what we are capable of, and this knowledge cannot be taken away from us. The fight is just beginning.”

A video posted by the team of imprisoned opposition leader Alexei Navalny roundly mocked Butina’s “ridiculous” candidacy. Residents of the Kirov Oblast apparently agreed, with their votes all but damning Butina’s election prospects.

Still, the reported outcome of the elections does not mean that Butina’s chances of getting into the State Duma have been completely thwarted. The ruling party can arrange for her to receive a mandate from another regional group or a federal list.

The Russian Movement for Defense of Voters’ Rights “Golos” previously objected to Butina’s political aspirations, pointing out that she failed to publish a disclosure about her U.S. conviction in the course of her electoral campaign. In a telling response, Russia’s Central Election Commission said that Butina’s activities in the United States “are not considered a crime in the Russian Federation.”

Read more at The Daily Beast.

Get our top stories in your inbox every day. Sign up now!

Daily Beast Membership: Beast Inside goes deeper on the stories that matter to you. Learn more.