Symetra Tour player clubs stolen at recent event, then she was hit with big bills 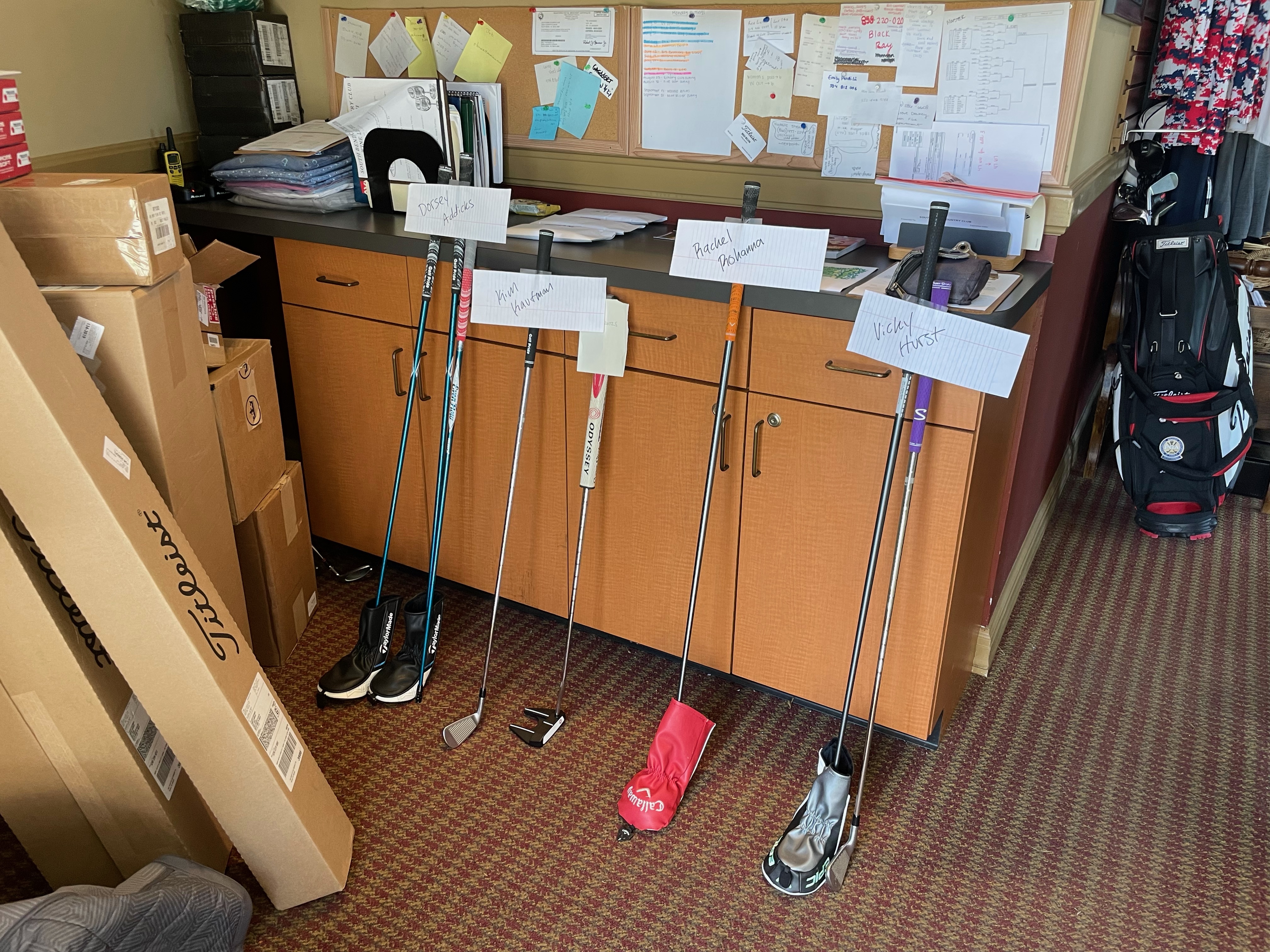 Symetra Tour life is tough enough financially, but Natalie Sheary’s pockets took a particularly deep hit when her clubs were stolen during the Four Winds Invitational in South Bend, Indiana. Sheary, who was staying with a host family in an upscale neighborhood, had left her clubs in the back of her Nissan Armada when she got back from a late dinner on a rainy Monday evening.

The next morning Sheary discovered that her limo-tinted back window had been smashed in and her clubs were gone along with a tour bag stuffed with rain gear and other golf essentials.

She called her insurance company, State Farm, and was told to buy replacement clubs and save all the receipts. Callaway couldn’t get anything to her in time, so she scoured pawn shops and Dick’s Sporting Goods hoping to cobble together a set. Symetra Tour players left extra clubs in the pro shop in case she needed them. Incredibly, Edel Golf created and shipped three wedges overnight.

Sheary paid hefty overnight shipping fees for items that arrived more than a week later. She was prepared to borrow roommate Veronica Felibert’s driver – Felibert was first off during the opening round – until Sheary spotted a UPS truck barreling down the road on the range. Sheary and her caddie put together her driver eight minutes before she was scheduled to tee off.

Sheary ultimately missed the cut that week and the next. It took her six days to get her back window replaced. Fellow players helped her duct tape the back end with sheets of black plastic. She parked the back of her car inside a volunteer tent until the actual volunteers started to show up. 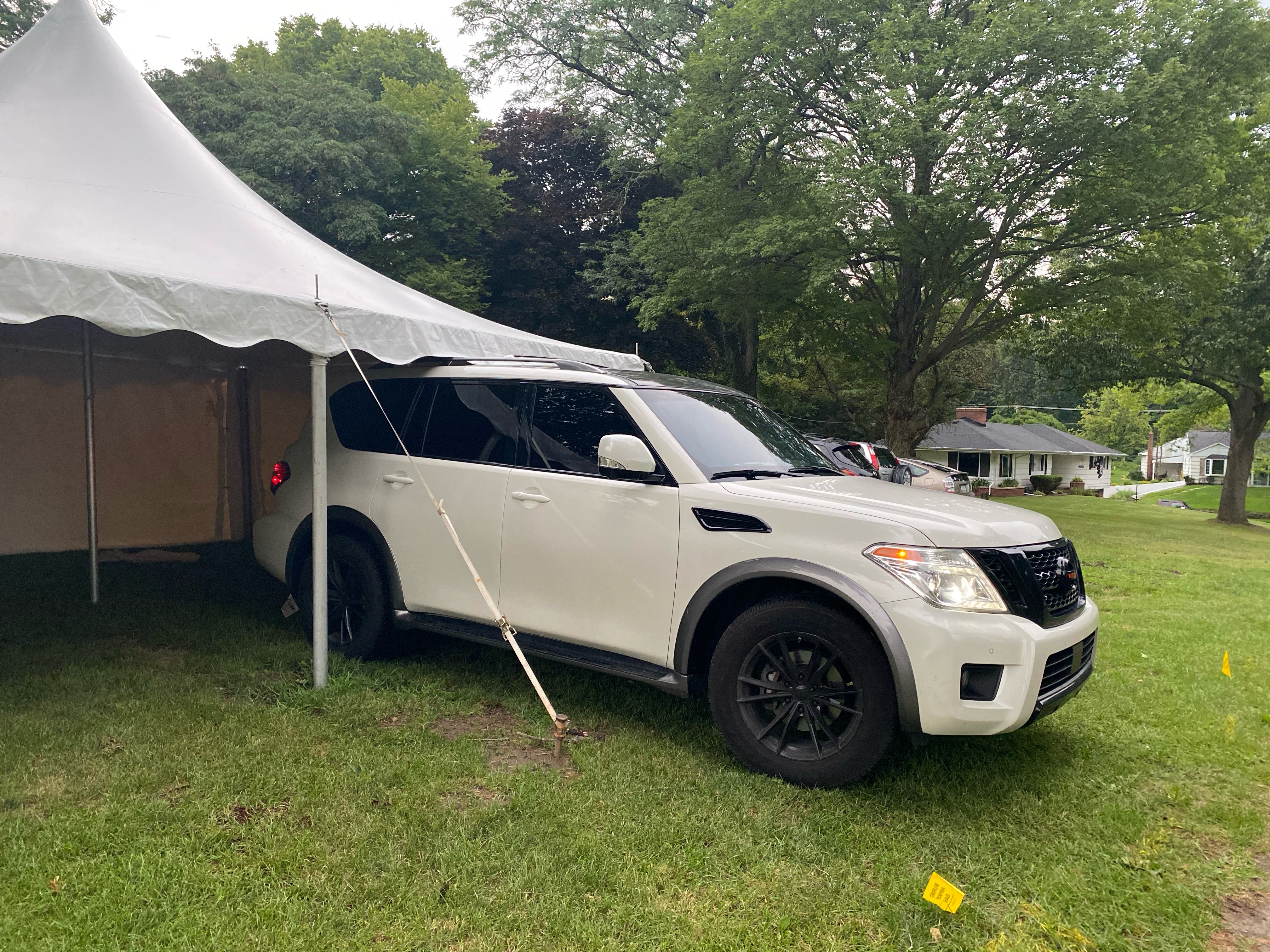 Sheary backed up her SUV into the volunteer tent when to keep the rain from getting inside after the back window was smashed. (courtesy photo)

There are three events left in the Symetra Tour season, and it looks like she’ll be using the pawn shop irons and putter from Dick’s until the bitter end, as so many items are on back order. Callaway will send Sheary items as they come back in stock.

To make matters worse, Sheary recently found out that despite having both home and auto insurance, she can only get $750 toward replacing her clubs because she was on a business trip and her clubs are considered tools of her trade.

“It’s almost like the sentimental value is just as high as the cost value of some of these clubs,” said Sheary, who had just fallen hard for a 2007 Odyssey 2-Ball putter.

For the past 10 years, Sheary has used GoFundMe to help pay for Q-School and everything else it takes to fund her dream. She recently started a new campaign to help cover the cost of her stolen clubs. She’s hoping to raise $5,600.

Sheary had already decided that she didn’t have the money to go to Q-School this year. She’d recently started giving lessons to try to pay for the rest of the Symetra Tour season and will return to caddying in Nashville during the offseason. The 32-year-old Wake Forest grad missed last year’s shortened Symetra season due to shoulder surgery.

Sheary hopes this debacle will serve as a mental refresh for her. Another chance to overcome.

She’s grateful for the South Bend community pulling together for her, as members of South Bend Country Club brought extra clubs to the golf course just in case. Even the 6-foot-4 pawn shop owner who sold her long clubs ­– that were cut down and bent to her specs in record time – arrived to show support. It was Sheary’s former host in South Bend, Patrick Lindenmeyer, who made the phone calls to pawn shops and connected the pair. 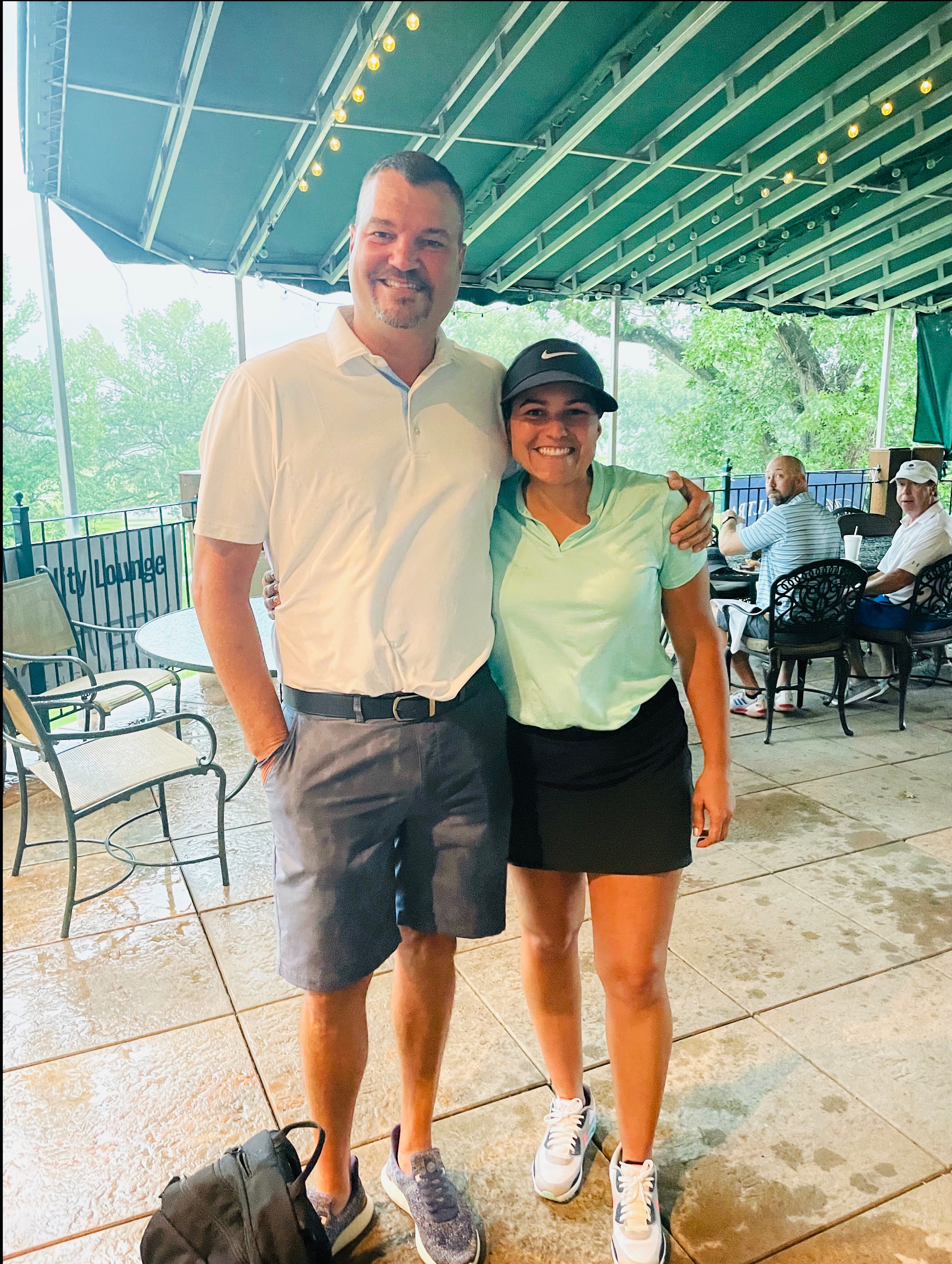 Basney Honda gave her a lot car to drive so she could get to the golf course and arranged for SafeLite to fix her window. SafeLite arranged for a window tinter to come out since she’d be leaving her car for a few weeks to travel out West.

“I was able to leave with a smile on my face,” said Sheary of her time in South Bend.

And a new mountain to climb.