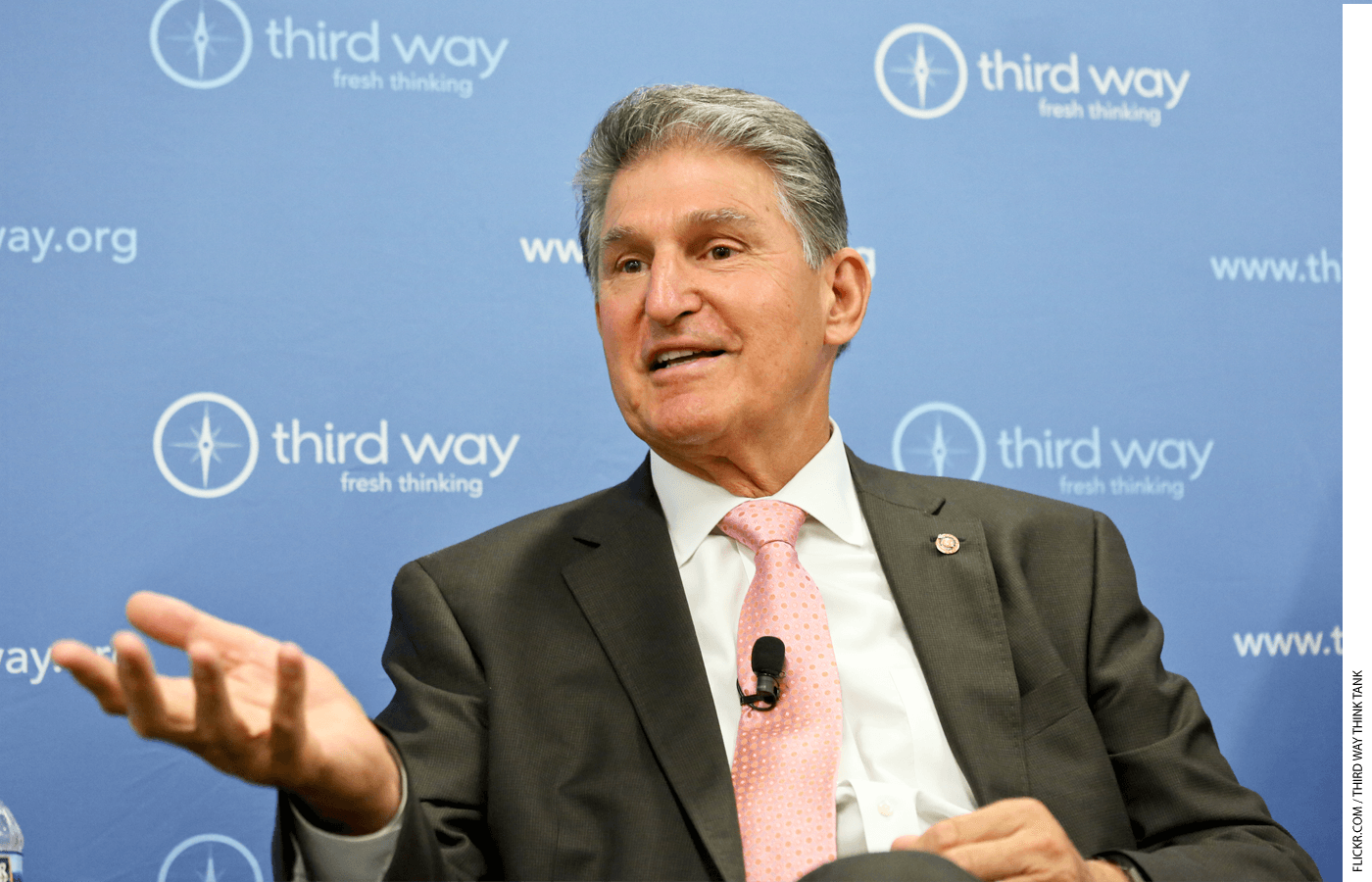 Here’s the deal: Democrats control a 50-50 U.S. Senate by dint of Vice President Harris’ tie-breaking vote, when they can get all 50 Democrats on the same page (the calculus is different on legislation subject to the filibuster). Currently, Democrats are focused on their massive $3.5 trillion bill, which combines Biden’s “American Jobs Plan” and “American Family Plan” into legislation whose price tag is more than four times the price of FDR’s entire New Deal (in inflation-adjusted dollars). Since they’re moving the bill through “reconciliation” on a party-line vote, the Dems need every one of those 50 Senate votes. Manchin represents the “50th vote.”

Well, last weekend, after weeks of hinting, Manchin came out forcefully against the $3.5 trillion package. On Sunday, he told Dana Bash on CNN’s “State of the Union” that the dollar amount he’d support is “going to be at 1 [or] 1.5 [trillion]. It’s not going to be at 3.5, I can assure you,” while adding that he would only support tax increases if they maintain a “globally competitive” tax code.

Manchin was expanding on an op-ed he’d recently penned for The Wall Street Journal, in which he called for a “strategic pause” when it came to federal spending and took issue with those who believe that “spending trillions upon trillions will have no negative consequence for the future.” As Manchin told Bash, “There are still 11 million jobs that aren’t filled right now. Eight million people are still unemployed. Something’s not matching up. Don’t you think we ought to hit the pause and find out?”

To no one’s surprise, some of Manchin’s colleagues in the Democratic caucus were deeply displeased. Sen. Bernie Sanders, I-Vt., declared that Manchin’s $1.5 trillion figure “is absolutely not acceptable to me. I don’t think it’s acceptable for the president, to the American people, or to the overwhelming majority of the people in the Democratic caucus.” Asked if he shared Manchin’s views on the bill, Sen. Jon Tester, D-Mont., replied, “Are you crazy? Are you trying to get me shot? I’d never, ever want to be aligned with Joe Manchin. My wife would divorce me.”

Of course, Manchin has noted that he has no particular reason to care what Sanders deems acceptable. As he said regarding pushback from Democratic leader Sen. Chuck Schumer, D-N.Y., “He will not have my vote on $3.5 [trillion], and Chuck knows that, and we’ve talked about this.” Much like John McCain, who tanked GOP efforts to repeal the Affordable Care Act (aka “Obamacare”) back in 2017, Manchin seems largely untroubled by the backlash. (Keep in mind that Manchin represents deep-red West Virginia, a state that Biden lost by 39 percentage points last year and where Manchin doesn’t want to get branded as an enabler of Bernie Sanders and the Squad. That means this fight could work extraordinarily well for Manchin back home.)

For what it’s worth, Sen. Kyrsten Sinema, D-Ariz., has also expressed reservations about the size of the $3.5 billion package, although she’s been much quieter about how much spending she would support.

But this is all inside-the-Beltway stuff.

More relevant for those in education is what this all means for proposals like universal pre-K, school infrastructure, and free community college. For starters, there’s no evidence that Manchin wants to sink the whole bill. Rather, he’s signaled that he’ll support it, eventually, at something more like $1.5 trillion, which is still an extraordinary sum of money. If the progressives are willing to settle for that, it seems likely they’ll still get to spend a lot of money—but the question will be on what.

That’s where things get unpredictable. If Democrats ultimately accept something in that range, they’ll need to squeeze $3.5 trillion in proposed outlays into a bag less than half that size. That’ll entail a pretty intense game of monetary musical chairs. After all, that $3.5 trillion currently includes a supersized child tax credit, various pieces of the green agenda, free community college, universal pre-K, paid leave, new benefits for Medicare, home- and community-based services for seniors, new aid for VA hospitals, affordable housing, and more.

So, if Manchin holds firm, the question becomes: What makes the cut? Well, when push comes to shove, AARP and the rest of the senior lobby has historically fared far better than the schools lobby. It’s easy to imagine a scenario in which Medicare expansion and senior services push to the front of the line. The Democrats have a lot invested in the green agenda, and Sen. Sheldon Whitehouse, D-R.I., has termed the climate provisions a “pretty red line,” saying that any deal is “going to be good enough on climate, or it won’t go.” Meanwhile, it’s tough to imagine Dems stiffing the VA hospitals, especially in the aftermath of the Afghanistan debacle.

Bottom line: As Politico’s playbook reported the other day, “We’re told the $762 billion envisioned for education—which includes more than $450 billion for child care and universal pre-K and hundreds of billions more for school infrastructure and free community college—won’t likely make it to the White House intact.” Indeed, it’s a good bet that the education proposals will take an outsized hit. It’s not at all clear that the education community has prepared itself for that eventuality. It may be time to start.