How Science Explains Why Some Politicians Are Jerks 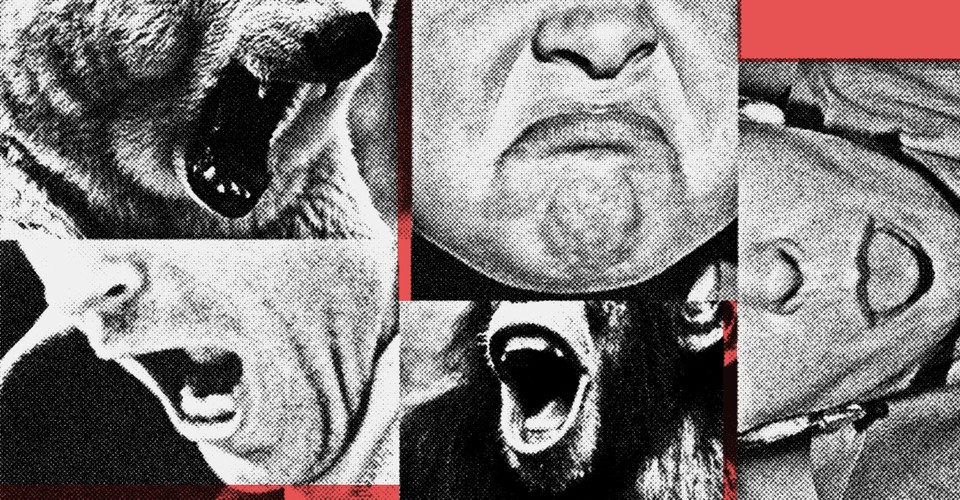 When a reporter asked Richard Daley, then the mayor of Chicago, whether his gun-control policies were effective, Daley pointed to a rifle and shouted, “If I put this up your butt, you’ll find out how effective this is!” Rahm Emanuel, a political operative who would also go on to become mayor of Chicago, mailed a dead fish to a pollster who had delivered results late. Tony Banks, a member of the U.K. Parliament, once publicly said that another member was “living proof that a pig’s bladder on a stick can be elected to Parliament.”

In many workplaces, those sorts of comments and actions could cost people their jobs. But in politics, rude behavior is often described as a sign that a politician is “tough,” “no-nonsense,” or “effective.” Senator Amy Klobuchar of Minnesota, who once reportedly threw a binder and hit a staffer with it, has argued that politicians need to be rough to deal with other politicians. “When you’re out there on the world stage and dealing with people like Vladimir Putin, yeah, you want someone who’s tough,” she said in a cable-news interview. Former President Donald Trump was famous, of course, for his cruelty—making fun of a reporter’s disability, bragging about assaulting women. This approach, The Atlantic’s Adam Serwer argued in 2018, helped Trump politically. Trump’s “only real, authentic pleasure is in cruelty,” he wrote, and “it is that cruelty, and the delight it brings them, that binds his most ardent supporters to him.”

Electoral politics is about popularity. So why does cruelty seem to be popular? I took a look at some research on the topic, and found that academics have a few basic theories. The first might seem obvious: Jerks—people who consciously and intentionally violate norms and rules—may succeed in politics simply because they want power so much. Jerks seek out high-status positions, Deniz Ones, a psychologist at the University of Minnesota, told me. “That exact profile is the one we find among managers,” Ones said. “They’re the types who want to boss others around.”

Read: How power corrupts the mind

Dacher Keltner, a psychology professor at UC Berkeley who studies power, came to a similar conclusion. While driving his daughter to school, he noticed that people driving fancy cars often ignored the rules of the road. So he and a team designed an experiment to figure out whether people in fancier cars were jerks. The researchers parked near a four-way intersection and watched as cars approached. When the cars reached the intersection, they were supposed to wait their turn, crossing only after cars that had arrived earlier already crossed. But some cars cut in line, driving through the intersection right away.

The researchers assigned points to each car based on fanciness: A Mercedes was worth five points, for instance, while a Dodge Colt was worth one. Then the scientists watched to see which cars waited their turn and which cut in line. The scientists found that the five-point cars were four times more likely to cut in line than the cheaper ones. In another experiment, the team found that only half of the fancier cars yielded to pedestrians at crosswalks. Just five cars fell into the cheapest category, but all of their drivers let pedestrians cross. People with money—and, by extension, power—were more likely to be jerks on the road. “They swear, they gamble your money away, they drive like assholes, they take candy that was meant for kids,” Keltner told me.

Political scientists also believe that in certain contexts, being seen as someone who “doesn’t play by the rules” can help politicians. When Lauren Boebert, a congresswoman from Colorado, decided to film a video of herself that suggested she was carrying a gun in Washington, D.C., where carrying a concealed weapon is illegal, she knew she was sure to get attention—and she did. “I refuse to give up my rights. I will carry my firearm in D.C., and in Congress,” she told the camera. “One of the challenges of working in D.C. is people here don’t understand how we live in real America.” Only after the video went viral did Boebert admit that she hadn’t actually carried the gun throughout the filming. But by then, it didn’t matter—she had shown her constituents that she would stand up for them. The advertisement was viewed millions of times, and Google searches for Boebert’s name jumped to between 50 and 100 times their normal level—and more than five times higher than before or since.

“There’s an incentive to be more extreme, because that’s what differentiates you. If you’re going through a metal detector with a gun, people will pay attention,” Brian Klaas, a political scientist at University College London, told me. Politicians who represent places where most people agree with them benefit from being seen as aggressive, Klaas said. But the incentives are different for politicians whose views are less representative of constituents in their communities. In New York City, for example, “to win as a Republican is almost an impossible task,” Dodge Landesman, a former political staffer, told me. So New York Republicans need to use every tool available to them to find allies, including being compassionate. Being a partisan doesn’t make you a jerk. But in hyperpolarized areas, being a jerk can help you appeal to partisans.

Concerningly, though, discarding the norms of polite behavior can also be a slippery slope toward violating the most important norm in democratic politics: resolving disputes at the ballot box rather than at gunpoint. It’s a self-reinforcing cycle; the more violent politics becomes, the more it rewards aggression. “If you could get away with it, eliminating rivals is an effective political strategy,” Klaas said. In the U.S., politicians can’t kill their opponents without facing consequences, he noted. In Norway, even minor ethics violations can cause politicians to lose power. But in some places, if you’re too nice to kill your opponents, your opponents might kill you. “If you’re in a violent context, you’ve got to be ready to practice Machiavellianism,” Keltner said. Unless they’re willing to use violence to protect their position, though, jerks in power ultimately run into a problem: They make a lot of enemies.

Those of us who would prefer not to be ruled by jerks do have some reason for optimism. Social science suggests that—at least in democracies—cruelty can backfire in the long run. Ones, the University of Minnesota psychologist, has been studying presidential personalities for 20 years, and breaks them down into the standard psychological Big Five traits: extroversion, agreeableness, conscientiousness, openness, and neuroticism. Based on documents and rankings by political scientists and historians, she estimates where presidents fall on this spectrum. Disagreeableness, one of the traits, describes people who insult and belittle people, and act selfishly without thinking of others.

Disagreeable presidents are rarely successful in the long run, she’s found. The jerk’s superpower is also his greatest weakness. Jerks rise quickly by railing against enemies, and then their enemies bring them down. Being a jerk will “get you through the door, and then will get you out the door very quickly,” Ones said.

Senators’ legacies may be influenced by their personalities, too, Keltner has argued. He analyzed 151 U.S. senators, looking at their nonverbal behavior to determine their “virtues” and “vices.” He watched 502 C-SPAN videos that collectively showed each senator who’d held office from 1989 to 1998, and put the senators’ tiny verbalizations and nonverbal actions—like bowing a head or maintaining an expressionless face—into categories based on scientific literature linking these actions to personality traits such as callousness and gratitude. He found that “virtuous” senators who assumed leadership roles became more influential over time. “Psychopathic” senators, on the other hand, lost influence. They had impressive titles, but they couldn’t get much done, because passing legislation requires cooperation. “Status and power are different,” Keltner told me.

So even though it might help some politicians succeed, being cruel to those around you—your staff, your crew, your co-workers—is especially risky in democratic politics. Politicians who act cruelly are just a few angry tweets away from disaster: Personal behavior can easily end up on the public stage in today’s media environment, potentially ruining careers. You never know which disgruntled staffer might decide to break ranks, or just not do their job.

Adam Serwer: The cruelty is the point

Landesman, the former political staffer, once worked on a campaign where he and other staff had to go door to door and talk to constituents. This kind of campaigning is hard work—people frequently slam the door in your face—and the staff were expected to knock on 300 doors a day. The local politician they were campaigning for was a jerk. He never thanked his staff or took the time to get to know them, and no one liked him. So instead of knocking on doors for him, the staff would just smoke marijuana in the parking lot and fill out their forms with false data. “They just circled random numbers,” Landesman said. The candidate ended up losing by only about 500 votes. “Those handful of days might have made the difference,” he said.

Jerks in politics are a nuisance to the wider public, too. So what can Americans do to root them out? First, remember that one man’s fighter is another man’s jerk. It’s important to notice cruelty—especially on your own side. When you elect a fighter to represent you, there’s a good chance you’ll encourage the other side to do the same, and you might end up in a downward spiral whereby the cruelest leaders triumph.

Second, consider the bigger picture: Jerks can survive only in environments that reward cruelty. In highly polarized societies, people yearn for a fighter who can defeat what they perceive as a horrible enemy. The winner-take-all electoral system in American politics reinforces this kind of polarization. But other countries—and even some parts of the U.S.—have different ways of picking their leaders. In ranked-choice voting, for instance, voters rank candidates in order of preference, rather than just choosing one. That means third parties have a real shot at winning, preventing elections from looking like a sports game with only two sides. Ranked-choice voting also often results in the candidate whom voters hate the least winning, not just the one candidate who can eke out a majority. Ranked-choice voting is currently used in dozens of American cities and states, including Berkeley, Minneapolis, Maine, and New York City. St. Louis, meanwhile, is experimenting with approval voting for mayor, in which people can vote for as many candidates as they want. These experiments are worth a try. After all, when jerks win, it isn’t really about the jerks themselves, it’s about the systems that elevated them. And systems, thankfully, can be changed.

PrevPreviousIran to allow new memory cards in U.N.’s nuclear-site cameras
NextSome Schools In Afghanistan Are Back, But Only For Boys. Girls Have Been Told To WaitNext